10 Iconic Australian Desserts To Try Out

Wherever you go in the world, you should always try the traditional food at least once. You never know you may discover your new favourite thing! Trying food is a big part of any holiday. If you’re travelling around Australia, you will come across some typical Australian food. While you’re here you really should try some of it! Eating out is a popular pastime in Australia and has a huge choice of fabulous restaurants, cafes, pubs, street food and bars in our cities and towns. In addition, a variety of cuisines such as Chinese, Thai, Japanese, French, African, Greek, Turkish, Italian, Mexican are available. Australia has a unique blend of culinary contributions and adaptations from various cultures around the world, Not to mention the delectable pastries and sweets you’ll wish you knew about your whole life! you can find any variety of food that you fancy in Australia.

Australians love to eat outdoors. A BBQ or picnic is a typical ‘Aussie’ way to enjoy but there are also many delicious desserts to be enjoyed. Australia is a proud home to traditional sweets. Using simple ingredients that hark back to its British heritage, these unique little treats have some great stories behind a few of them, too. From iconic Tim Tams to the country’s secret recipes, Aussies know how to enjoy a sugary treat that tastes just as good as it sounds. So, next time you’re in Australia be sure to get your hands on these desserts. It may be better known for its barbecues than its baking, but Nothing tastes quite as sweet as nostalgia.

Here are 10 iconic Australian desserts You are likely to come across when you move to Australia, guaranteed to ignite memories.

Pavlova is the ultimate mouth-watering meringue dessert with a crisp and soft crust topped with fruit and whipped cream. The fruit products used in the dessert vary from passion fruit, kiwi fruit, berries, and mango. Pavlova is one of the best among the traditional Australian desserts. The meringue-based dessert was named after the Russian ballerina Anna Pavlova in the 1920s. The dessert is a popular dish and important part of the national cuisine of both Australia and New Zealand, served during celebratory and holiday meals. It is a dessert most identified with the summertime and popularly eaten during Christmas time, however, it is also eaten all year round in many Australian and New Zealand homes.

Caramel shortbread, also recognised as caramel slice, is a biscuit bakery dish comprised of a crunchy and sweet quadrilateral shortbread biscuit base covered with a chewy and smooth caramel centre and a bright milk chocolate topping. Additional ingredients and occasional add-ins may be incorporated, such as ground almonds or semolina flour. The caramel slice is tasteful when served cold.

It is a butter cake coated with an outer layer of chocolate sauce and rolled in coconut. The mixture is absorbed outside of the sponge cake and left to set, giving the cake a good texture. A cream layer of strawberry jam between two halves. This version of dessert is more similar to the whoopie pie, with an Aussie twist.

Lamingtons are said to be the creation of Armand Galland, French-born chef. The Lamington and marshmallow mousse trifles are favourable dishes for the kids. The vanilla sponge cake dipped in the slices of chocolate and coconut. The great combination of lamington fingers and the marshmallows offers an appetizing flavour to this dessert. A resounding hit!

Let it be known that Australia has many good biscuits, But the king of all of these is Arnott’s, Tim Tam. Tim Tam is an Australian brand of chocolate biscuit made by Arnott’s, an Australian biscuit company. The biscuit was created by Ian Norris, the director at Arnott’s. It consists of two malted biscuits separated by a light chocolate cream filling and coated in a thin layer of textured chocolate. The iconic and delicious Tim Tam is known all over the world. There are variations of cream flavours such as white chocolate, salted caramel, and double-layered chocolate along with the original flavours.

Chocolate bubble cakes, also known as Chocolate crackles, are a popular Australian confection. The Mainstream ingredient is the breakfast cereal Rice Bubbles. The binding ingredient is hydrogenated coconut oil. Chocolate crackle is made up of the cocoa, coconut oil, sugar, and the Kellogg’s Rice Bubbles, which are mixed appropriately then lumped in the pie cake cases, and put in the refrigerator. Variations include adding raisins, chocolate chips, mini-marshmallows, or peanut butter. Alternatives to Rice Bubbles are Corn Flakes. The dessert is one of the best to try Australian dessert.

Giant Picnic cake is a chocolate bar which is a mouthful of nutty and caramel, It is one of the well-known desserts in Australia. It is delicious with creamy goodness inside it. For those who love cakes will not have enough of it. They cannot stop at just one slice when it has got all the good things inside.

Fairy bread is sliced white bread spread with butter or margarine and covered with sprinkles, served at children’s parties in Australia and New Zealand. Fairy bread is first recorded in The Hobart Mercury, which describes children consuming the food at a party. This beautiful and sugary base is not simply colourful but also yummy, this dish is well-admired by the little ones.

Jelly slice is an Australian originated dessert which consists of three layers: a crust, a filling and a topping. The crust is made out of crushed Arnott’s Biscuits, the filling is usually sweetened condensed milk, and the topping is made from Aeroplane Jelly. Jelly slices are popular desserts especially around Christmas and Easter time, although they are also eaten throughout the year.

This cake is an all-time favourite dessert of Aussie people. This delicious pavlova is a must-try Australian dessert. The cake is generally iced with cream and banana extracts. Not only does it taste good, but it also looks great tempting you to taste it.

Australia is very passionate about their desserts. Make a pause in your busy life for a unique experience that will make you enjoy and appreciate your food again and satisfy your sweet tooth. Do you want a dessert experience? Come on to Pickyourtrail. We are organizing everything for our guests with our Australia tour packages. 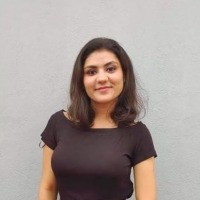 Sydney Cricket Ground Tour: Never to be missed while you’re on a vacation!

8+ Beaches In Australia to explore in Autumn 2023

How to Plan a Budget-Friendly Trip to Australia in 2023?

Australia in March – Know why it is the best time for a vacation!

India to Australia: Know the finest way to reach Australia – 2023

Australia Tourist Visa | How to apply from India? Guide – 2023