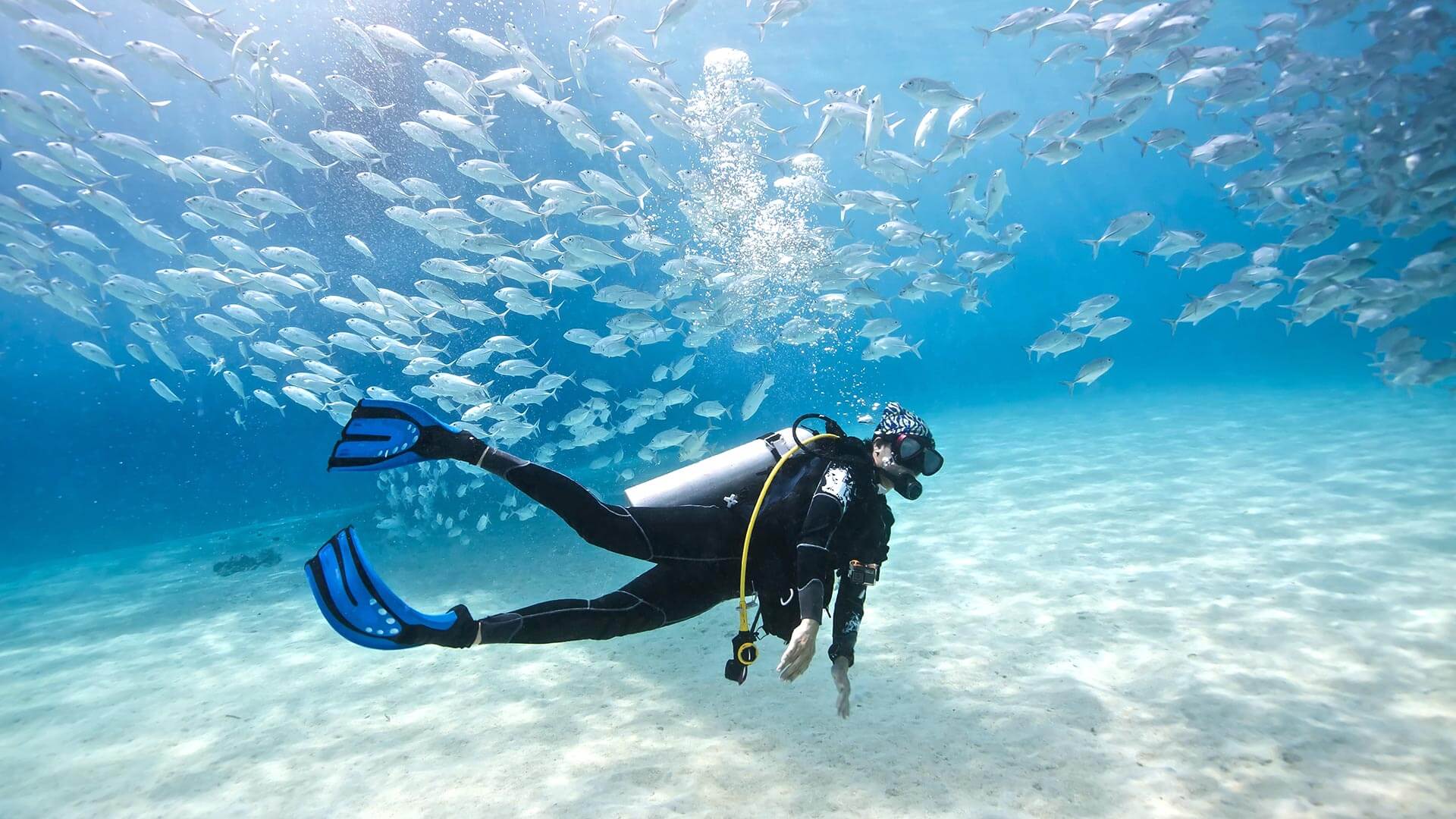 Two-thirds of our world is water, and yet how many of us have ever explored the world’s oceans? There is no better way to do that, than by scuba-diving and getting a chance to admire all the beauty of the flora and fauna that exists on the ocean floor. PickYourTrail presents to you the most visited and arguably the 10 most beautiful scuba diving sites across South East Asia. Did you know that you could dive even if you didn’t know how to swim.

Sipadan Island is located in the Celebes Sea and is popularly voted to be among the best dive sites in the world. It is a protected site, with gigantic coral walls going upto 2000 metres deep. The Sipadan Barrier Reef is the largest in South East Asia and is teeming with a variety of fish, turtles, sharks and more.

The Similan Islands consist of 9 granite islands west of Phuket. These are uninhabited islands, save for a single resort, with awesome beaches and crystal clear water. They are part of a Marine Park, and have a turtle sanctuary and hard coral gardens underwater. Most famously, the clownfish made popular in the movie “Finding Nemo” is found abundantly here.

Koh Samui and Koh Tao are twin islands with a multitude of dive sites. They are an extremely popular destination for people who are looking to get certified in Scuba-Diving. There is a range of difficulty of diving sites available here, which are quite safe for beginners. The place is most famous for its colourful coral and the variety of fish visible.

A combination of two islands – Phi Phi Ley and Phi Phi Don – Ko Phi Phi is where the infamous movie “The Beach” starring Leonardo di Caprio was shot. The islands are surrounded by waters teeming with abundant sea life, unlike other parts of Thailand. Notable among them are the Leopard Shark, the Black-Tip Reef Shark and old Sea Turtles. However, the dive experience is made truly magical because of the soft coral walls which extend to several metres.

Located in Southern Myanmar in the Andaman Sea, the Mergui Archipelago consists of more than 800 islands, and is a largely unexplored diving heaven. It is teeming with various forms of ocean life, and with a lot of deep coral walls. Sharks, stingrays, frogfish, pipefish and eels are just some of the animals you are likely to encounter there. As a result, this is suitable for more advanced divers.

Raja Ampat in English means Four Kings – and the four large islands, along with the 1500 small islands that make up this archipelago, are truly fit for kings. This site has 1,074 species of fish and 537 species of coral – the largest in the world! You can see a shoal of fusilier fish, where all of them move in synchronization, or do deep sea diving with whale sharks.

The Banda Islands consist of 10 small islands in the Banda Sea. They are famous for their fertile shores and the deep waters surrounding them – teeming with hammerhead sharks, snappers, marble rays, tuna and mandarin fish. They are surrounded by their own reef system, going down as much as 6,000 metres, and teeming with pelagic fish.

The Gili Islands can be reached from Bali by a fast boat in about 2.5 hours. They are a popular diving site as they provide a range of difficulty levels for diving enthusiasts – be it a beginner or an advanced diver. There a multiple dive sites with either a sandy bottom or a coral wall and a wide variety of sharks, rays and turtles can be seen. It also has a wreck of a Japanese ship from World War 2, which can be explored by slightly experienced divers.

The Coron Islands are most famous for the multitude of World War wreckages that can be explored here. These are all Japanese vessels that were sunk 70 years ago. There are an estimated 24 such vessels, although only about half of them have as yet been explored. The waters here are very clear and calm and you can also enjoy swimming with shoals of colourful fish.

Honda Bay is part of the largest province in Philippines – Palawan – consisting of 1768 islands, surrounded by a coral shelf rich in marine life. Honda Bay has several dive sites, the most notable among them being Helen’s Garden. It has beautiful soft coral walls and is also a breeding ground for Blacktip sharks. The waters here are exceptionally clear and you can also opt for a night dive. Are you looking for adventurous vacation getaways in South East Asia? Click here to drop us a postcard and let genuine travellers craft a personalized trail based on your desires!

Countries That have a lower currency value than the Indian Rupee

Places to Visit in Kota Kinabalu – Paradise in Malaysia

Best beach resorts in Malaysia for a tranquil getaway

The Lost World of Tambun in Malaysia: Adventure and leisure redefined

Top thrilling adventures in Malaysia for all adrenaline junkies out there!