Best Things to Do in Braunschweig: Germany at its best 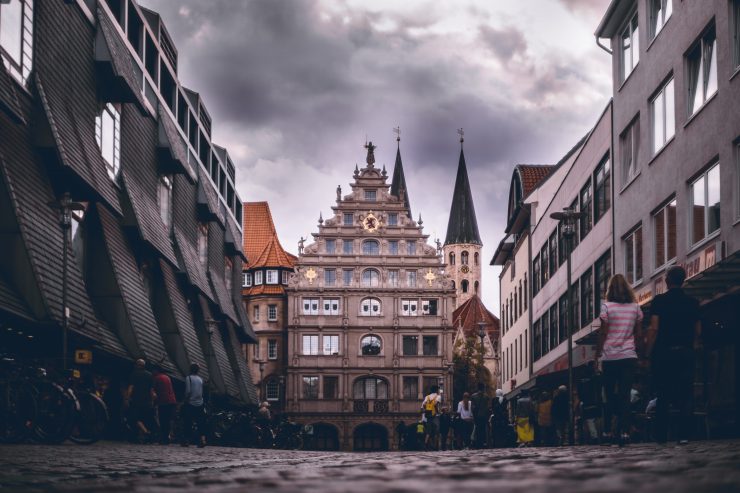 Home to dozens of historical landmarks and museums, Braunschweig is also a prime cultural hub famed for its long history. Moreover, Braunschweig is a multi-faceted city with large parks, universities and has multinational companies. Though the city has faced a lot of modern development, it has not lost its culture and tradition. It is one of the few cities that has preserved the beauty of history even now. The city has several glorious histories of Hanseatic League in the Middle Ages and that paved a strong base for today’s beautiful city. Also, it is one of the largest and prosperous cities in Northwest Germany. Sits in northwest Germany, pretty Braunschweig with Weser River is just an hour away from Hamburg. With its, Weser River that flows out to the North Sea, Braunschweig boast for grand buildings in the market square. Though the city is very vibrant with historical essence, they also boast for all the vigour of a contemporary European centre.

Where is this historical city located?

If you are a newbie or a rookie to international travel or to Germany, your first question may be “Where is Braunschweig?” The city has and well known for two UNESCO World Heritage sites. These two historical sites surround the market square dating back over 1000 years. Also, it makes one of the most impressive market squares in all of Europe. Moreover, the city has some funny statues with stories that are sure to entertain kids. Be it, kids or anybody, you will be guaranteed with an abundance of fun things to do in Braunschweig.

Located in northern Germany, Braunschweig city is 120 km south-west of Hamburg. If you’re planning to visit northern Germany, it is highly recommended to stay a day or two in Braunschweig. Also, it is a 1200-year-old city and most of the sites are within the compact city centre, which was the historic trading area of the city. Braunschweig was in the Hanseatic League – an economic alliance of trading cities along the coast of northern Europe in the late Middle Ages.

Top things to do in Braunschweig

Burgplatz is one of the significant place and the heart of Braunschweig’s historical district. Also, the prehistoric building that surrounds the square is known to be the most astounding historical structures of Germany. Also, it has a great history where Braunschweig Princes from the 19th century onwards lived here. There is also a 19th-century cathedral that got redesigned by timber-framed houses and the Guildhall. Replica of the Brunswick Lion stands tall on the triangular plinth. Also, it symbolises the city and cast in bronze by an unknown artist in the Romanesque style in the 11th century. The original is still protected in Burg Dankwarderode to guard it against the elements.

Herzog Anton Ulrich Museum is one of the most popular museums perfect for a history walk. Also one of the major tourist attractions in Braunschweig. It also one of the significant landmarks in Germany. Anthony Ulrich, Duke of Brunswick-Wolfenbüttel was very much fond of collecting astounding 17th and 18th century Renaissance and Baroque art. In 1754, this laid a foundation to Herzog Anton Ulrich Museum. Forty years after he passed away Herzog Anton Ulrich Museum became the oldest museum on the European continent. The gallery has the finest collection of northern European art from the 1500s and 1600s. Also, the museum holds pieces by Albrecht Dürer, Lucas Cranach the Elder, Hans Holbein the Younger, Rembrandt, van Dyck, Rubens and Vermeer. Moreover, a significant part of the museum is the print room. It has tens of thousands of drawings, engravings and wood prints by William Hogarth, Raphael, Rubens, Rembrandt and many more. Herzog Anton Ulrich Museum 3 times a day (12 noon, 3 pm and 6 pm) from January to March, and 2 times a day (12 noon and 6 pm) the other months.

Henry the Lion designed and constructed this cathedral in 1173. The cathedral has an interesting story to tell its visitors. Germany banished Henry twice in the 1180s. This affected the construction work of the cathedral. In the end, both Henry and his wife Matilda were buried here before it was finished. Moreover, if you look closely at Henry’s effigy you can see the model of the cathedral in his right hand. It is one of the churches where you can go on top of the church to get some panoramic view of the city. Built originally in woods, the church underwent several chances. It has the finest mix of Romanesque than Gothic, also few painting styles of Byzantine. Moreover, it is a magisterial piece of architecture that will amaze you from the crypt to the tower. Get to the top of one of the towers to get a breathtaking view of Braunschweig, but beware of the very steep, narrow stairs.

Braunschweig’s one of the oldest castle and a perfect place to take royal pictures. Also, you can see all the age-old swords and stuff related to the ancient kings of Germany. Located 250 metres south of the banks of scenic river, it is a well-preserved 15th and 16th-century castle. Going on a short walk to this age-old castle will give you diverse options of arts, crafts, jewellery and clothes. The castle has some of the medieval collection of the Herzog Anton Ulrich Museum, as well as historic parts like two fireplaces made from the very rare reddish limestone known as Aquäduktenmarmor (Aqueduct Marble). On the ground floor, you can see the original Brunswick Lion, weighing 880kg and measuring almost three metres in length.

Magniviertel is one of Braunschweig’s oldest quarter streets east of Schlossplatz. The Magniviertel has half-timbered houses and warren of cobblestone streets. Also, the street has a plethora of restaurants, cafes and independent shops. Braunschweig has the oldest half-timbered house, Ackerhof 2 not just in Braunschweig but also in the whole of Germany. Out of all the beams, one holds the inscription “Anno d[omi]ni m cccc xxxii” (1432AD). During summer the space in front of the Magnikirche is taken over by outdoor seating for restaurants and cafes.

Germany cities are perfect for people who are looking for different activities. It has activities to keep you engaged, at the same time there are so many nearby destinations where you can connect with nature’s divinity and tranquillity. Planning for an amazing holiday in Germany? Check out the best of Germany packages and book your Germany tour with Pickyourtrail, India’s top customised vacation planning company.