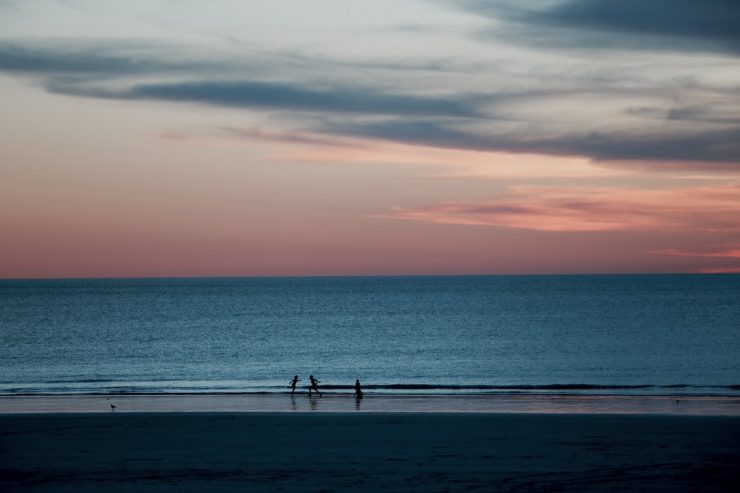 A beautiful beach town located in the West Kimberley region in Australia is Broome. Broome provides one with experiences and memories that no other city in the world can give. Filled with a magical phenomenon, this place in Western Australia leave you awestruck throughout your trip. Explore the pristine white sand beaches, clear blue waters and exotic wildlife.

Things to do in Broome, Australia

Just near the shores of Roebuck Bay is the Broome Bird Observatory. Built-in the year 1988, the place is a paradise for those who happen to love birds. The bird observatory is specially designed and dedicated to migratory birds that search homes. The place is open for the public on all days of the week between 8 AM and 4 PM. The best time to visit here would be between the months of August and October.

Since 2011, many scientist have discovered footprints and tracks of dinosaurs at the Broome Sandstone located 80 kilometres from Roebuck Bay. The tracks are from as small as 20 cm to as big as 1.5m. Though dinosaurs existed over 150 million years ago, it has been a part of the people in the West Kimberly region. So get your Indiana Jones hat on and visit the Dinosaur coast to get a peek of the gigantic tracks.

Spreading across 22 kilometres in length is the famous Cable beach with white sand. It gets its name from the telegraph cables that were laid underneath the beach that connected Australia with the rest of the world. Paddle along the shores and ride a camel during the sunset. The beach has various things to offer.

Yet another miraculous phenomenon that occurs in Broome is this. Between the months of March and October, the reflection of the moon on the Roebuck’s Bay creates an optical illusion of a staircase that ascends from the moon itself. This phenomenon happens every month and lasts 2-3 days every month. During this time, locals host Staircase market, where you can buy beautifully handcrafted arts as souvenirs.

Located 6 kilometres away from Cable Beach, is a striking place that keeps everyone awestruck! Gantheaume Point is where you can see the red cliffs meeting the contrasting blue sea. Visit the Gantheaume point in Australia to up your Instagram game by taking some very beautiful pictures with scenic backgrounds. While you are at there, be sure to also try your hands in fishing. There is a great spot right next to Gantheaume that is just perfect to go fishing.

Anyone in their life would have seen a waterfall but have you ever witnessed a horizontal waterfall? No? Well, head to Broome, Australia. A natural yet rare phenomenon leading to what looks like a horizontal waterfall is truly a wonder. Located at the McLarty Range, the fall of water changes with the direction of the tides. About 1.8 billion years of age, this spot truly amazes one’s mind. Go on a scenic flight or charter boats to take a look at it with your own eyes.

To the north of Broome lies the Dampier Peninsula. It is an open land just near the beach making it a great place for campfires and weekend getaways. Just there, also lies the Cape Leveque, a place where you can learn the history of the Indigenous people and their lifestyle.

A woman loves her jewel. What’s the best after diamond? Pearls. Yes, that’s right. So while you are in Australia, be sure to drop in at the Wille Creek Pearl Farm. One of the famous pearl farm that produces the finest qualities of Pearl. Not just that, but the farm also produces the pearls in large number maintaining the quality. The sizes of these pearls start from 9 millimetres and go up to 20 millimetres. Anyone can drop in and buy a pearl of your choice.

Located in the city of Broome is a Japanese Cemetery built in the memory of those who lost their lives in the ocean. Over 700 divers have Japanese Pearl divers have lost their lives to the cyclones or divers paralysis. Each and every diver has a memorial appreciating the sacrifice made by them and the quality work they have done. The first diver to ever be buried here was during the year 1986. The cemetery was built here to show the close ties between the two countries, Japan and Australia. Though a cemetery, experience the tranquillity in the atmosphere that surrounds.

Located near the Timor Sea lies three coral reefs that look alike. Located about 300 kilometres away from Broome, on the Indian Ocean is where it lies. Famous for clear lagoons, incredible marine life and for best and perfect sport for dives and snorkelling is the Roley Shoals. At the northern end of this coral reefs lies the home to water wilderness. The Southern end of Rowley shoals is home to varieties of the stingrays, manta rays, mollusks, dolphins and sea turtles. Go on a cruise to explore the long stretch of the shoals.

Travel to Broome in Australia with Pickyourtrail by choosing a package best suitable for from our website. Need help, drop us a Whatsapp message and we’ll get back to you shortly! Unlock safe travelling with Pickyourtrail.