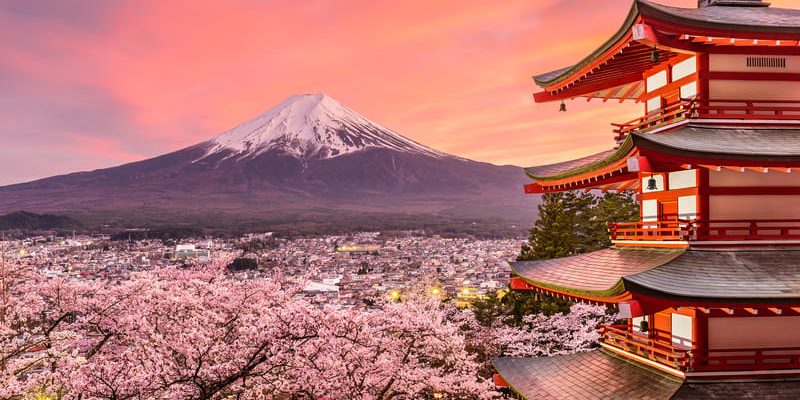 When you think about Japan…Wait, we know you are busy. But for this to work, you have to close your eyes. All black, eh? Now think about Japan. What do you see? A flood of images pop-up. There’s geisha, bullet train, sushi, cherry blossom, and onsen. And the images only keep flashing. On top of all this is the iconic Mt. Fuji. Yes, the World Heritage site which has always been an inspiration for travellers and artists, is the face of Japan.

The monument which has been attracting tourists from all around the world hasn’t been easy to visit. Usually, travellers ride on the Keio Express bus from the Shinjuku Station in Tokyo to the Kawaguchiko 5th station. It roughly takes 2 to 2.5 hours and costs ¥2,600 which is both time-consuming and costly.

On the other hand, there is an option to travel by train but there isn’t a direct train connecting Tokyo to Mt. Fuji. You have to get down in between and take a bus. Japan, being a train-friendly destination, this was something unusual. But, not anymore.

Starting from March 16, 2019, a new train called the Fuji Excursion will run from Shinjuku Station in Tokyo to Kawaguchiko Station near Mt. Fuji. Scheduled to operate twice during the weekdays and thrice during the weekends, the new train is expected to take only under 2 hours and will solve the logistics issue for good.

Interestingly, the Fuji Excursion time of launch also falls in the same period as that of the Cherry Blossoms. So, this gives you a chance to gaze at them as you take the ride. Easy-peasy, ain’t it!

Now, for a hassle-free trip to Japan, try Pickyourtrail.

11 Japan travel tips from people who have actually been there

Tourists will now have to pay 1,000 Yen to leave Japan

Top 15 free things to do in Tokyo

Four inspirational travel stories that will make you tear up!

9 Must Do Experiences in Tokyo