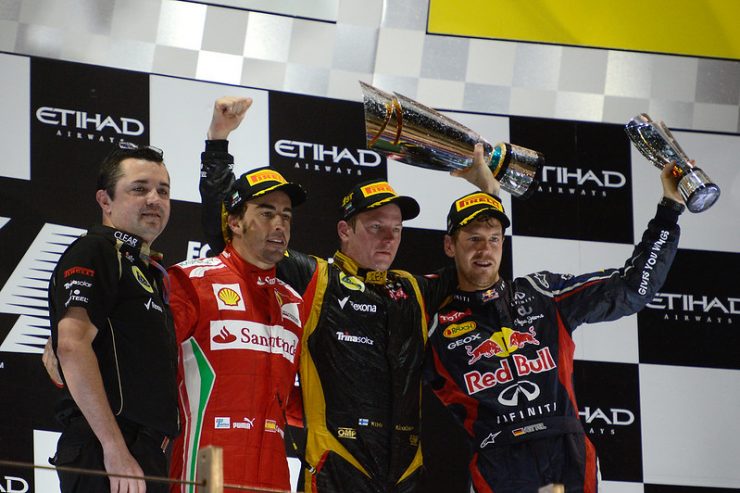 Abu Dhabi being the capital city of the UAE is a vibrant and modern city which attracts tourist from all over the world. It is one of the best places for your tryst with the culture of the Gulf region through its UNESCO world heritage sites, excellent museums (including its very own Louvre!) and exhibitions. The city shines with majestic sky scrappers, man-made scenic white sandy beaches, grand mosques, luxury resorts and adventurous theme parks. Abu Dhabi is a fabulous destination to enjoy the best of luxury and extravagance in the most satisfying way! The city attracts tourists from all parts of the world for its primary attraction which is called Abu Dhabi Grand Prix. Grand Prix in Abu Dhabi hosts some of the top events such as the world championship of the F1 race, which is, without a doubt a sight to see. It is one of the perfect places to unleash the love which you have on be it any motorsports and is one of the astonishing places to experience the lavishness of Abu Dhabi. The majestic city never fails to satisfy and a paradise for people of all ages.

The official announcement of Grand Prix in Abu Dhabi was released during the Abu Dhabi F1 Festival which happened in 2007. The first-ever race took place in Yas Marina Circuit which happened in 2009. The first race was started on the opening night itself. From 2009 till now, it has hosted many F1 races and serving as a home for all the racing enthusiasts, fans and travellers who love and enjoy cars.

Located Yas Marina Circuit in Yas Island, Grand Prix takes around 30 minutes’ drive from Abu Dhabi. Its eighth consecutive Formula One event will be hosting in this venue. Race enthusiasts can experience an exceptional view of the action from each of the five pit areas, as the 22 motorists compete for over 55 action-packed laps around the 5.554 km course. Built by notable German engineer Hermann Tilke, the track takes in 21 challenging corners. The circuit crisscrosses into the astounding surrounding of Yas Island Marina, before bending its way amidst desert sand knolls and galloping through the territories of the Yas Viceroy Abu Dhabi hotel.

Grand Prix is the only F1 racing competition that gives you a twilight glimpse of the complete racing track. The circuit on which Lewis Hamilton has deserved 4 wins and Mercedes stands out by winning the best constructor title for 5 years back to back. The event anchored in an extravagant environment, in the world’s most opulent city imaginable, amidst five-star resorts and excellent-dining restaurants and flanked by buildings that people congregate to view from each corner. This is the Abu Dhabi Grand Prix, competing successfully for 10 years now, and is simply one of the most breath-taking festivities in the entire world for the Middle East endures nothing back when it comes to the extravaganza.

Grand Prix – Why should you book your tickets now?

Generally, it goes without stating that the Abu Dhabi Grand Prix vacation packages are the greatest steps forward as the itineraries will include everything that you will want from your weekend in the UAE’s capital. Right from pick up and drop amenities to admissions into Yasalam, the best packages will have the design that will make your tour worth cherishing.

How does the best F1 tour to Abu Dhabi look like?

Before settling in on the most immeasurable Abu Dhabi Grand Prix tour packages, you must sort out your expectations from your mega-vacation.

Of course, you will want the most suitable places in the house of Yas Marina Circuit to applaud your beloved superstar’s zoom pass you.

But you will also want the auxiliaries so that you can rejoice in the extravagances of Abu Dhabi, have the finest of experiences, and come back with more than just memories.

When you are looking for the best Abu Dhabi GP packages, expect it to look like this:

With the right Abu Dhabi Grand Prix tour package, you can include all these along with head row seats, pit action, entrance to post-race gigs and much more. It is, after all, Abu Dhabi. Your indulgences cannot just see any compromise. So check out the best Abu Dhabi tour package and book your Abu Dhabi vacation with Pickyourtrail for a hassle-free vacation.

Places to visit on New Year in Abu Dhabi

Souks of Abu Dhabi – Modern Amenities with the Traditional Charm

Etihad Museum: A deep dive into its History and Architecture

Things and top attractions to be visited in Al Bastakiya