Whether we be old and bald or young with scabby knees,

Our heads could do with filling with some interesting stuff.”

Sing the young witches and wizards signalling off the beginning of a new year at Hogwarts. Albus Potter, Rose Weasley and Scorpius Malfoy started school last year on this date. Thousands of delusional muggles gathered at 9 3/4 quarters, King’s Cross Station to witness the ’19 years later’ and see them off. Today, it is yet another fresh year at the school and the loony muggles cannot keep calm, yet again. Professor McGonagall awaits her students with a sterner face and pursed lips, this time as a headmistress of Hogwarts. Hagrid looks forward to having tea with the new trio, Professor Neville is more thrilled than ever.  Hermione Granger is all set to be the new Minister for Magic. All was well.

Until reality started kicking in. You did not get the letter, you never will! The Wizarding world is just a fragment of J.Rowling’s imagination, Harry doesn’t exist and Hogwarts is not even a real place. Magic doesn’t exist, you’re just mundane. There’s so much sorrow revolving around this that is struggling to get out.

You are not alone in this. It was real for you, it is for a million others. Queen Jo wrote the books so that she could share the magic she saw in herself with the world. The memories of Harry Potter etched in our bones is enough to keep the Wizarding World alive. The movies did their best in animating the tale for the ones who longed to hold a wand, canon or not. The faces of Harry(even without the green eyes that look like freshly pickled toads), Ron, Hermione, Dumbledore, Sirius, Luna, Hagrid, Fred and George or even Umbridge are the faces of the actors of the people who played them. There is no telling them apart. Similarly, however collaged, the locations the movies were shot in, are inscribed in our minds forever. Coming across pictures of them revokes so many memories of all the days we read Harry Potter and watched the movies, in attempts to escape the muggle world.

So we at Pickyourtrail bring you all the locations that remind us of the Boy who lived. As a love letter to the witches and wizards in you, looking to get out.

Often acting as Hermione’s retreat from the exasperating stupidity of her buddies, this library is situated in Oxford. Numerous scenes like Hermione doing her thing, Krum trying to snog her, Ron trying to ‘help Hagrid’ and Harry looking for info in the restricted section under his cloak were shot here. Even the least of geeks (no! not all HP fans are geeks) would pay a visit to this regal library.

‘First years, this way please!’, cries Hagrid as the tiny tots begin to step off the carriage. The shy first years are escorted off to their traditional boat ride towards the castle. This scene stirred a heavy feeling in the hearts of people who’d rather be there instead of doing their homework (everyone!). The Hogsmeade station is played beautifully by Gothland Train station, portraying unfaltering countrysides of England. The station is just the right amount of steel rails built against the wilderness. There is a particular aerial long shot of the mountains and trees shadowing this little station with the crimson express fading away with the hushed castle growing larger in the background. These ending scenes only deepened my wishes to get to Hogwarts when I was a kid.

Of all the stations J.K. Rowling had to pick to be a magical entrance to the wizarding world. This station is so special because, many muggles enter this barrier for the first time, thereby entering a world of magic. Since this train station is such a special place, every year on the 1st of September, Potterheads flock the area between platform 9 and 10 and raise their wands in honour of the Hogwarts express that will emerge on the other side of the wall. Seeing this, the station installed a memorial with a cart containing an owl cage containing a snowy white Hedwig, halfway into the barrier wall. The place has become a rite of passage of sorts. This is where it starts each year, so head to King’s Cross station and show some love as students start filling in.

There couldn’t have been a better picture of the Hogwarts castle in our mind, thanks to Alnwick of Northumberland. It has managed to capture minds ever since the first movie came out. Harry Potter flew his first broom in the courtyards, the Whomping willow almost killed Harry and Ron and Hermione Granger(the nerdy badass) punched Malfoy in a hilarious outbreak of events here. So many beautiful things happened inside or outside this castle. In the books, Hogwarts’ Castle was home for the estranged kids and a connection to the wizarding world that they cherished. Even to people like Filch and Voldemort, it was a trove. The Golden trio themselves had a chronic habit of roaming the castle. I’m sure this simple castle truly reflects all of the things Hogwarts stands for.

Durham Castle is again used as the facade to the Hogwarts in Chamber of Secrets and Order of Phoenix. Gloucester Cathedral is again a stunning Gothic building that comprised of all the hallways and passages in Hogwarts. The glorious moving staircases and Gargoyles are all part of this Cathedral. All of these medieval stone structures were patched together to make one Hogwarts. I’m sure it will be a true delight for fans to journey to all them.

“The castle grounds were gleaming in the sunlight as though freshly painted; the cloudless sky smiled at itself in the smoothly sparkling lake, the satin-green lawns rippled occasionally in a gentle breeze: June had arrived.”

Poetry in fictional writing does not get better than the above sentences written by J.K. Rowling. The Hogwarts lake is one of the most scenic elements of the whole picture. Remember when Harry bowed and all, climbed atop Buckbeak the Hippogriff and rode off sweetly into the sunset? Those were great times; Until Malfoy’s dad got involved. Coming back to the topic, Virginia Water is a beautiful spring turned lake situated in the Windsor Great Park. The place has a large lake, surrounded by deep woods. The art directors picked the perfect location for Hogwarts lake, because of the stillness of the waters and the deserted borderlands.

I don’t know about you, but I’m going to be heading towards this Scottish real-world train for my next vacation. This beautiful steam-powered train is still fully functional, after having starred in the Harry Potter movies as the Hogwarts express. The train journey takes around Scotland’s beautiful countryside. It passes through Port William, Glenfinnan and Ben Nevis mountain. The train ride is considered one of the best in the world. So set out with your butterbeer and reminisce all the times the cast of Harry Potter would have spent their time in it.

Glenfinnan Viaduct – Bridge on the way to Hogwarts:

Every time there’s an aerial angle of a landscape in the Harry Potter movies, its either a shot of the castle or this ancient bridge. Capturing Scotland‘s best scenery is not easy when you have too many options to choose from. This is why I’m glad the directors decided to shoot this beautiful train passage right at the beginning. Much like the express itself, the Glenfinnan Viaduct is a very special one and is extremely iconic. Staring at the above picture gave me so much positivity, I’m sure it will give you the inspiration you need to travel. Approximately 7 seconds of scrutiny would do.

Malham Cove – The place Harry and Hermione apparate to.

If you watched Deathly Hallows and thought where this beautiful was, welcome to England’s Malham Cove. Harry and Hermione apparate to this hilltop while escaping from Voldemort. They sit atop these rocks that look like stars in the sky and talk about life and Ron as the sun sets in the background. This backdrop is very beautiful and summarizes all the feelings that go on in the minds of the characters. A lot of Potterheads, like you and I, trek up to the top of the limestones to just get that one picture or sit and stare. Apparently, these rocks were formed due to glacial movements and rapid sedimentation. They are stunning and the whole panorama is breathtaking.

Forest of Dean – Camping and the sword of Gryffindor:

The name ‘Forest of Dean’ adds so much mystery to the already dark magical woods. It is a beautiful misty green forest situated in the heart of Wye Valley, Gloucestershire. The piece of land and trees shown in Deathly Hallows pt 1 are just a minuscule part of its splendour. Puzzlewood, a maze full of winding forest lanes and rocky paths will hit you right in the feels. In other words, this is the forest the ancient royals hunted and camped in. So why won’t Harry and Hermione? I’m telling you, the moss covered tree roots, tiny castles that are secretly hidden away, rambling rivers, dense sky-high trees and the ever dementing aroma of terrain will make you fall in love. You will never want to go back. Even if you’re not one bit of an HP fan, visit the Forest of Dean because there are very few places like it.

In addition to the shooting locations, here are a few bonus spots for the truest of all the Harry Potter bloods out there.

The Wizarding World of Harry Potter:

Sifting through all the places one should visit as a member of the Harry Potter fandom, The Wizarding World of Harry Potter will be the top find. With a spectacular replica of the Hogwarts castle, Hogsmeade village and Diagon alley, these theme parks continue to attract half-adults each day. There is also a magnificent Hogwarts express that takes you around the place. No fan should miss this walking around the wizarding world, butterbeer in hand. Seriously, think about wandering around, buying robes, getting your own wand and just being in a wonderland. Zonko’s joke shop, Honeydukes, Weasley’s Wizard Wheezes, Gringott’s rides and much more await you inside. The butterbeer though is truly the most magical thing out there. I’ll give you a heads up: Crispy frothy butterscotch drizzled whipped cream camouflaging a fuzzy amber creme soda served either frozen or cold. How’s that for a dreamy afternoon wizard drink!

You could also visit The Warner Brother Studio Tour and check out all the statues of the movie characters dressed up in their signature attire. The sets of all the iconic movie scenes are preserved in their original states. Definitely check it out to get love-struck.

Like I said, this is a love letter to the entire Harry Potter fandom, from a similar such member, waiting to escape a ‘magic’less life through the books and the movie. So on this day, get your house scarves on, get your trolley up to King’s Cross Station and Raise your wands in the name of Dumbledore’s army, the Order of Phoenix and the oldest form of magic: love and humanity.

If you find yourself intrigued by what the Wizarding world has to offer, book a trip with Pickyourtrail or choose from our best England itineraries. You could also drop us a note here to get a personal handcrafted vacation that will suit your interests. 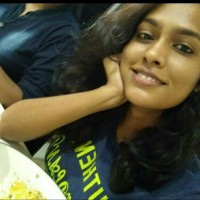 Where is England located?