Home » Must Do » In honour of 20 years of Harry Potter

In honour of 20 years of Harry Potter 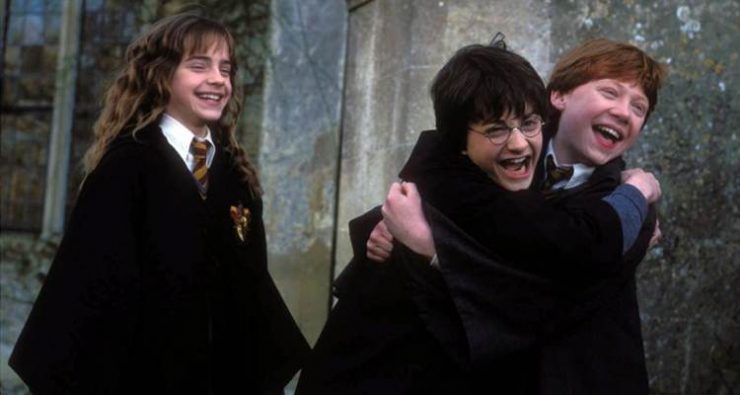 It’s been 20 years. 20 years since a skinny little boy with a thin scar and untidy black hair and broken glasses walked into our lives, and it was never the same again. 20 years since we learned about the boy who lived and turned our lives around forever. 20 years of Harry Potter. Ever since, we have stayed with Harry, through thick and thin, through heartbreak, through loss, through happiness and 19 years later, we are all still here. For the Harry Potter fandom, it’s Always.

20 years is a long time. Though a lot of us were here when Queen Jo released her book, we were a little too young to read. But did that stop us? If it did, you wouldn’t be here, reading this right now. So the other day, after I finished The Chamber of Secrets for probably the millionth time, I went on tumblr.com to… do whatever it is that we fans do on tumblr.com (I’m keeping it a secret, guys, the muggles don’t need to know). So I came across a post, written analysing the 1994 Sorting Hat song. As we know, the sorting hat has more or less nothing to do the whole year, but sit on a shelf in the Headmaster’s or Headmistress’ (McGonnagall FTW!) office and come up with a new song for the next year’s sorting. (Apart from, you know, making sure Harry get’s the Sword of Gryffindor and so does Neville, and thereby renaming him Neville “my middle name is Badass” Longbottom).

So in his song, he says:

So this would lead us to believe that the founders were from England, Scotland, Wales and Ireland respectively. Not just that, the house colours also match their countries. Red for Gryffindor from England. Blue for Ravenclaw from Scotland. Yellow for Hufflepuff from Wales and green for Slytherin from Ireland. Another thing which we take away from it: Hogwarts School of Witchcraft and Wizardry literally brings together wizards and witches from all over the British Isles.

Godric Gryffindor was from Godric’s Hollow, a small West Country village in England. Incidentally, this was named after Godric, and this was also the village where the Potter’s lived.

Just so the muggles don’t get confused, the village has a cloaking spell around it so that it appears like the Lavenham a village in Suffolk, which is part of the muggle world. Find it on Google maps here!

Helga Hufflepuff hailed from Wales, on the far West coast of the UK. Taking the canon time into account, Wales was a separate country back then. During her time, the Norman conquest was right around the corner. Helga was called upon many times by the muggles in these parts to cure illnesses and deal with magical creatures. This would explain the affinity of the house to plants and animals.

Rowena Ravenclaw was a Scottish witch who was either born into the Ravenclaw family or married into it. Extremely sharp and quick witted, Ravenclaw is the house known for its brains. Though there is not much known about her history, we do know this:

It was Rowena Ravenclaw who chose the location for Hogwarts. She dreamt that a warty hog was leading her to a cliff by the lake. Just like Godric’s Hollow, it is cloaked to look like an ancient castle in ruins. But the muggles, being clever, were able to find the actual Castle. Find it here on google maps! It is also common knowledge that it was Rowena who came up with the idea for the moving staircase in the castle.

Salazar Slytherin, though born in the fen of Ireland, is notorious for his Chamber of Secrets, which was the home of the Basilisk. A direct ancestor of Lord Voldemort (fear of a name increases fear of the thing itself), Salazar was famous for his dislike of muggle-borns and is said to have built the Chamber of Secrets to purge the school of them and teach the students Dark Arts.

Hogwarts has been here ever since the 10th century, with many more of its secrets waiting to be discovered. And our Queen, being generous as she is, gives out more and more details that make us proud to be in this fandom which is like fine wine. It keeps getting better with age.

And in another 20 or 30 years, there are going to be more of us, telling the story of how Mr and Mrs Dursley, of number four Privet Drive, were proud to say they were perfectly normal, thank you very much.

your ticket for platform 9 3⁄4

A 11 day itinerary for a feel-good USA vacation

An incredible 10 day Australia itinerary for an unforgettable Solo vacation

A 6 night trip to amazing Seychelles

Pickyourtrail Launches PYT Deals: A Message From The Founders

Be a part of the Harry Potter Inspired Beer festival