India’s tour of Australia 2018 – Traveling with the men in blue! 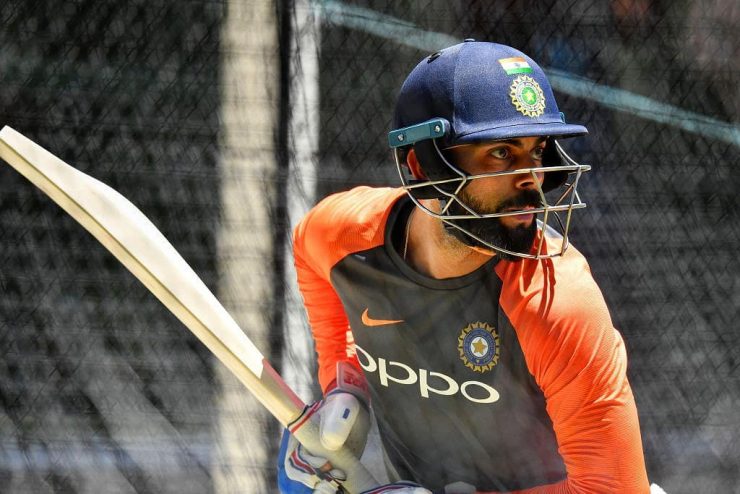 These days, every morning I wake up at ungodly hours and it’s not for an exam or work, it gives me, an ardent cricket worshipping Indian, immense pride. Like any true fan, I’m sure you’re used to rooting for Team India by default and would pay to see any opponent fall to the ground (that came out much harsher than I intended). By all fair rules of the game, our players gathered all the sledge-hammers they could find, picked up forms and went to visit Australia with the most valiant of hearts, year after year. For decades we’ve played witnesses to these morning dreams being turned into nightmares, but not anymore. With a relentless captain and an impeccable order, as opposed to the usual underdog teams, we stepped up to show them Aussies the glory of our bygone days.

For Dhoni fans like me, it is a bittersweet turn of events. All my captain had was steely guts and a very average bowling unit, in every Australia tour. Virat Kohli, on the other hand, has the sunny side facing him with a solid team facing all the wins. All he has to do now is bat like he was born to do it and put up a good front! With such an Australia Package tour slowly clenching towards a dramatic end, here I am gearing up to show you the venues pinned to it. Come take a ride with me, fellow travellers/cricket-lovers! (Well…the title should have been ‘Traveling with the men in white’, but this has a nice ring to it, don’t you think?)

#ThrowbackThursday India’s last Test win on Australian soil before victory in Adelaide was in Perth 10 years ago, a win that Anil Kumble said was ‘right at the top’ among his greatest triumphs. It stopped a streak of 16 consecutive Test wins for the hosts. What are your memories of that encounter? #cricket #india #australia #tbt #throwback #test #testcricket #history #perth #lovecricket

Remember the time Indian pacers gave it right back to the Aussies in their own zone of expertise? If you don’t, here you go: Young Ishant Sharma, RP Singh, and Irfan Pathan welded the fastest pitch in the world to do their bidding and sent the Australians home with their heroics. That was the very last time India won a test match in Australia and the pictures above show what a big deal it was! With a greener pitch and a steady downpour of runs from Kohli and Rahane’s bats, it looks like this test is headed a similar path.

Things to do in Perth –

Coming to the places you could check into after the match is done, Swan River Valley seems like a pretty good option. King’s Park is built for you to chill off after a long day of Cricket Watching. The Margaret River Chocolate Company is right there for a day’s worth of swooning and chocolating.  There is also at least a dozen dolphin watching cruises up for grabs!

Adelaide was always a homecoming of sorts for the Indians what with the traditional first match being played at The Oval, with that match setting a pattern for the rest of the series to follow. This is the ground that saw the legends of Rahul Dravid and VVS Laxman grow up to their statures in the Australian continent. If the duo saw Australia as just another England lookalike, it was because of their owning-ups in this ground. As a successor to that legacy, Chateshwar Pujara completed his 6000 runs in test cricket, in true Dravid’s fashion, in the same venue, on a similar Australian tour of India. MSD led the team to several close-knitted victories with the man himself having sent several last balls over the fence(I mean, who’d forget that one six off Clint Mckay?). This sixer right here went so high up in the air that everyone had to crane their necks to see it’s projectile. How I wish I went wherever the Indian team travelled to!

As if all of this wasn’t enough, mother nature joined the party in an India vs Pakistan match during a World Cup joust. The sky was smeared a bright shade of fiery orange. This concoction of the sky’s orange along with the ground’s green was an early sign of India’s assured victory later that day. So tell me, is there a better-suited cricket ground for Indians in Australia?

Things to do in Adelaide-

The Adelaide Zoo must be an appropriate place to dry off the sweat from the match. There are at least 2500 rare animals to take selfies with. Adelaide Hills and Mount Lofty await you with a fine glass/bucket of wine too. Don’t you forget the Kangaroo island(the name must explain it!). The Wilderness South Coast is sprawling with Koalas, I hear.

Let’s go right back to the strip of land where the first ever game of test cricket was played. God bless Melbourne Cricket Ground for that. This is undisputedly the biggest cricket stadium and the most legendary of all. Funnily enough, both Cricket and Football matches are held, with the pitch being used for its full versatility.

Another grand thing about this stadium: The all-encompassing Boxing day test is famously held here(more often than not), every year. The day after Christmas, this test starts as an ultimate wrestle between two teams competing for the ‘best-that-year’ title. This year it’s India vs Australia on that sacred day of test and we can’t be more excited for that!! Since the beginning of time, India has struggled to find a place in the list of wins in this stadium(we blame the erratic and changing weather conditions). But since we’ve just won a T20 game there, let’s hope for a test victory too!

Things to do in Melbourne:

Australia’s famous Yarra River Valley, known for its exquisite wines is near Melbourne, not to mention the ever-mysterious Great Ocean Road that starts right from the city of Melbourne. The uber-cool street art painted on every wall of the neighbourhoods is very unique to the city. The museums and zoos are obviously, quite welcoming free activities. You’ll also find the best of Italian and Greek cuisines in the country; the best coffee in all of the universe is supposedly served here.

Just as the MCG plays host to the last game of the cricketing year, the Sydney Cricket Ground is the ground that sees the New Year’s day test. Sitting right in the proximity of the grand Sydney Harbour gives the stadium a wonderful privilege. VVS Laxman continued his tormenting of the Australians in almost every match that he played in Sydney Cricket Ground. In a similar game with Laxman, Sachin Tendulkar went on to put up a lovely 241, declaring at a mighty 707, also putting Brett Lee on the line for having conceded 201 runs. It’s also notable that the controversial test of 2008 happened here.

Things to do in Sydney –

If you don’t think being Australia’s best metropolitan gives Sydney a monopoly on all things subjective, let me give you more context to entice tourist and resident alike. The Sydney Opera house is the best to spend a day gazing at and chilling in the surrounding cafes. The Sydney Harbour Bridge must be no stranger to you, thanks to the gazillion wallpapers and Instagram photos. Bondi Beach…well, it’s a hot beach; no one knows why. Just know that it’s just awesome. Circular Quay is a coastal walkway with all the best nightclubs, shopping streets and cute little seaside neighbourhoods. The Rocks- go here if you want to shop all day taking in breath-taking views of the city. Hyde Park, Sydney sealife aquarium, Sydney Olympic Park, Cockatoo Island, Taronga Zoo…the list will not end here.

Alright, getting back to the point, while the nation’s cricketers are setting up a great example travelling, why don’t you do it too? Maybe along with them as they play each match or just go on an Australia T20 World Cup 2020 trip.

Finally, all things apart, as true patriots of the game, let’s all hope for a spectacular end to the series and an even better ICC World Cup next year!

#WhereNext—Follow the footsteps of Virushka in Bhutan!