Top Places To Visit In Kegalle During Your Sri Lanka Vacation 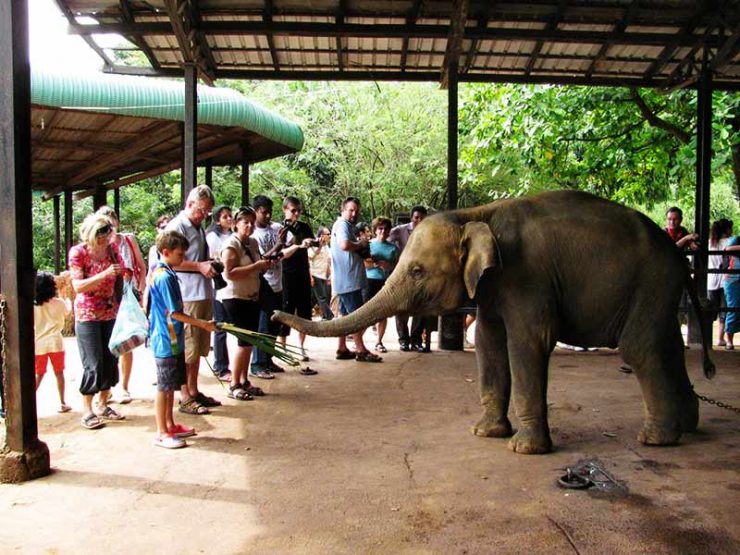 Located on Colombo-Kandy Route, Kegalle is a large town focused on agriculture which produces mainly rice and rubber. The town includes several graphite mines. But an elephant breeding park is the principal tourist attraction. Besides that there are two other groups focused for the conservation of elephants. Besides Kegalle you can also visit nearby destinations such as Hikkaduwa and Yala National Park. Kitulgala ‘s wonderful location in the district of Kegalle is a full tour experience in its own right. In the three rivers of Kitulgala you can do tons of water activities like water rafting, kayaking, trust slides, etc. Apart from these, you may even arrange jungle night camps. For your hospitality, there are lots of homes and hotels in Kegalle. Any ideas for successful hotels like Heshani Hotel, Aarya Hotel, Elephant Bay Hotel, Elephant Lobby Hotel, etc. You’ll also be having private resorts like Wijaya Bungalow in Kegalle. The Kegalle nightlife isn’t that well known, it’s residential. You can also notice plenty of the town’s bars and nightclubs like Planters Club. There you can have a drink and enjoy a convivial evening.

Peradeniya Gardens is a vast 147-acre natural area consisting of more than 4000 plant species, and 10,000 varied kinds of trees, incidentally serving as Sri Lanka’s most extensive garden. The special and uncommon selection in these gardens is Burma’s Giant Bamboo which grows up to a height of 40 meters per day by 12 inches. One can bring some food here to experience an outdoor picnic or experience the cafeteria serving local and western cuisine inside. The Peradeniya Botanical Garden is one of the hill country’s biggest tourist destinations, which remains very crowded every weekend with visitors.

Asupini Ella (waterfall) also known as ‘Asupini Falls’ is a 30 meter (98 ft) waterfall which can be seen from Aranayake’s historic area. This was called after the narrative of a Queen, who had several wives, according to ancient stories. He assured them upon his return from war that he would give them a sign from the hills about the war’s fate. The King wanted to play a prank by raising a white flag on his daughters, who were standing by the waterfall with their horses to see the visual sign. His wives were so angry that they all committed suicide by jumping over the falls that inspired the name Ahupini, originating from ‘Aswaya’ (Horse) and ‘Pini’ or ‘Panina’ (Jump) meaning ‘horses jumped over the falls.’

Also Read: Srilanka Tour on Budget – A friends trip which is Pocket Friendly

On the steep climb to enter the rock temple of Dambulla, tourists would be awed by the sight of a massive golden Buddha statue that marks the entrance to the Dambulla Museum. This majestic sculpture in the Dhyan Chakra mudra is considered the largest Buddha statue of Asia. To the right is a group of depicted monk sculptors addressing the holy one with offers. The path leads to a terrace where the visitors can enjoy a few peaceful moments in the serene nature of Buddhas. They also can take a short stroll around the free Museum. For those interested in Sri Lankan art, there is also a small museum of wall art.

The location is ideally fit for those who wish to immerse themselves in a location ‘s atmosphere and savour the finest of its flavours. There can be no better spot for those honeymoon travellers than Kandy. Kandy, Sri Lanka’s only Royal capital, holds the Buddha’s Tooth Relic. It’s a traditional venue, as you can see when you visit the Kandy Festival in July and August.

Considered one of Sri Lanka’s most famous Buddhist temples, the Temple of Tooth Replica is situated north of Kandy Lake and is one of the most excellent places to visit in Kandy Sri Lanka. Lord Buddha ‘s holy tooth enshrined in the temple makes it one of the famous tourist spots in Kandy. The room which houses the tooth is open to devotees offering their prayers. No one gets to see the tooth however, as it’s locked inside a stupa-like framework in a golden casket. The temple is located within the former Kingdom of Kandy’s royal palace building. Because of the country’s confidence on the tooth the location is of considerable significance. The temple has thrice-daily ceremonies.

Also Read: Top 10 reasons to visit Sri Lanka for your next vacation

Other Things To Do

One of the oldest temples in Kegalle is Wewaladeniya Viharaya, also known as Kegalla Siri Mahindodaya Piriwen Viharaya. It is centrally located in the area. Alagalla Mountain Range in the province of Sabaragamuwa is Sri Lanka’s “Freedom Summit,” where an annual folk climbing festival is organized on 4 February commemorating the country’s freedom from the British empire.

In general, the perfect season to reach the west and south coasts and hill country is from December through June, whilst the best weather on the east coast is from April / May to September. Two key monsoon seasons dictate the island’s weather and, because they alternate, Sri Lanka can be seen as a holiday destination for the whole year-round. And when Arugam Bay on the east coast is just too risky to surf the sea off Kalpitiya on the west coast with its Blue Whales abundance is hardly a shabby option.

Plan Your Trip With Pickyourtrail

Whilst planning your trip to Sri Lanka is not rocket science, choosing a trusted travel partner can be an added benefit. Beginning with DIY itineraries to provide one-stop-shop for all travel needs, Pickyourtrail not only ensures smooth and trouble-free travel but also keeps the cost-efficiency under control with our curated SriLanka tour packages. The imaginative approach to production takes into consideration factors such as the curiosity of a tourist, the length of a trip and the expenses of the brand

Top places to visit in Bentota

These Places near Sinharaja forest reserve are not to be missed.

Scintillating Surprises At Sri Lanka With My Husband

Real game of thrones—Sigiriya, the eighth wonder of the world

A list of the must-do things in Moratuwa Sri Lanka