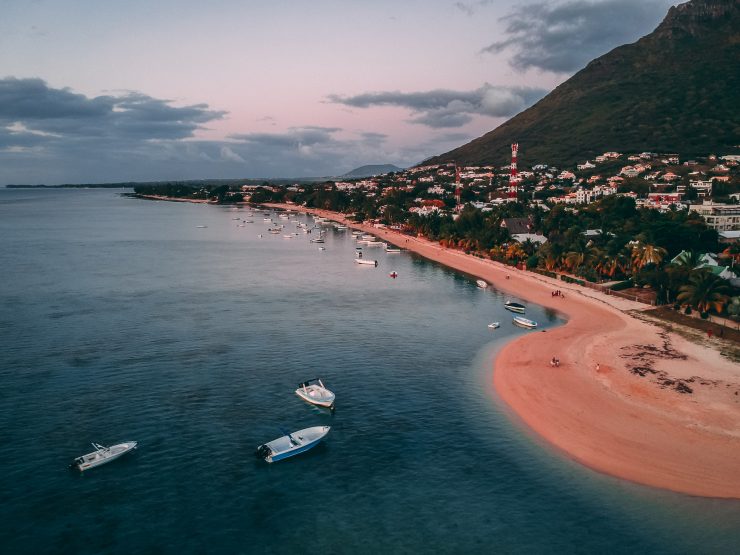 An island right out of Paradise with pristine beaches and impressive mountain landscapes, Mauritius is undoubtedly one of the most beautiful places on the earth. A Visit to Mauritius in March surprises its visitors with all kinds of activities ranging from visits to the Chamarel Waterfall to spotting dolphins. Mauritius in March swells with the natural beauty of all kinds – fresh breeze gazing your face, monsoon ending with flourishing greenery all around. Read on to learn more about planning a trip to Mauritius to not miss the best experience of your lifetime.

Weather in Mauritius in March

Mauritius in March witnesses warm temperatures and some rains. Hot and Humid weather makes it the best time for scuba diving and for deep-sea fishing. Mauritius in March is the best time to plan a visit with family as the children can hold amazing beach memories playing with the waves and building sandcastles. The view of a calm beach after rainfall is so pleasant that one who visits Mauritius in March realises the true beauty of paradise. Daylight hours run from 5.30 am to 7.00 pm

7 Awesome places to visit in Mauritius

Chamarel is a private property in Mauritius. You need to purchase a ticket to visit the waterfalls and seven coloured earth. The waterfall can be seen from the top and if you please, you can hike down. Entry ticket to the park costs $6 per person.

Mauritius in March wouldn’t ever run out of impressive sights to visit and the Chamarel 7-coloured earth is one the best things to do in Mauritius. All those different colours you see do really pop up when it doesn’t rain and this is not photoshop 🙂 Many decades ago, Mauritius had a few active volcanoes and what we see now is because of the eruption.

Locate in the Southwestern tip of Mauritius, Le Morne is a mountain that one cannot miss during your trip to Mauritius in March. UNESCO named Le Morne in Mauritius as the World Heritage Site in 2008. The peak of Le Morne has a big cross which is the memorial put up for the history of the mountain. Shortest brief about the history of the mountain would be – Slaves throwing themselves off a 550+ meter cliff to escape from their masters.

A hike up the Le Morne in Mauritius in March would take up to 2-hours and we at Pickyourtrail recommend you to have a guide along with you throughout the trip to be able to reach the peak of the mountain without any hassles. Given it is well-lit, we recommend the commence the climbing after the sunrise to escape the heat during the day-time.

We told you, we are listing out the awesome things to do Mauritius in March, here is another one that you wouldn’t have heard before! Housing incredible collections of plants from all over the universe, Pamplemousse Park is easily one of the best spots to visit in Mauritius especially for garden lovers. Easily taking up to an hour or two, wandering around the park is an amazing experience to cool down under the shadows the burning sun.

A visit to Grand Bassin which is an inactive volcano crater lake is quite possible during your visit to Mauritius in March. A little trivia to know – A priest from India once carried sacred water from India and poured the holy water into the lake. This is now a sacred place for a large number of Hindus residing in Mauritius.

We understand that now you’re bored of beaches, so now is the time interact with fauna 🙂 The Casela World of adventures as the name suggests is an excellent experience visiting the wildlife in bare open keeps and moped. The zebras, elephants roam about freely and the visitors can even touch the animals if they please.

A pleasure to visit – Mauritius in March

One of the best reasons to visit Mauritius is to witness the delightful blend of cultures – British, African, French and Indian. We guarantee you this island is one of its kind and something you would have never witnessed before. Mauritius was once occupied by the Dutch, then French and then British who ensured their language was influenced throughout the island. French left with sugar plantations in Mauritius which was run by slaves from India and Africa. Eventually, the language of these slaves formed a new tongue in Mauritius which is the Mauritius Creole, predominantly French with some influence of Indian languages and African words.

The sweet blend of these worldly cultures not only influenced the Mauritian language but also evidently influenced the culture of the Island itself. Celebrations of various cultures are seen all around the year around the island. You can witness each paying homage to the varied origins of its inhabitants. From Diwali to the colourful Holi to the vibrant Chinese New Year from China,  the All Saints Day and Christmas from Europe.

How to get around in Mauritius in March

Getting around by Taxi or rented car is the best way to move around in Mauritius as the island is also relatively small. The island roads are very well connected and Google Maps works accurately. Keep in mind that the drive from the airport to another side of the islands takes 1 hour to 1.5 hours.

Tip: In Mauritius, road users drive on the left-hand side

What are you waiting for now, let’s get planning for your visit to the paradise? Mauritius in March is blessed with everything once needs to have a memorable vacation, starting from nature’s beauty at its best, deep-rooted history, water sports, adrenaline rush activities, tasty seafood and more.  Our travel consultants at Pickyourtrail will make sure that your itinerary has the best of places to visit in Mauritius in March. Check out our Mauritius honeymoon packages from India.

Must-try experiences in Curepipe – The City of Lights

Things to do in Blue Bay Mauritius – Land of Adventure

Markets in Mauritius – Top Ten That Are Absolutely Fabulous!

A Guide to the most scenic National Parks in Mauritius