Missed the San Diego Comic Con? We got your back! 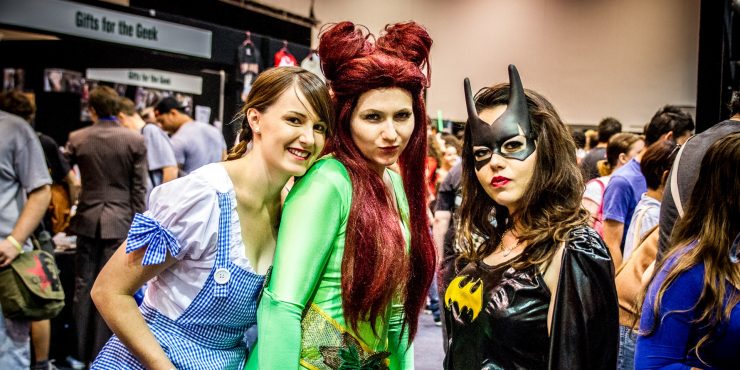 Your inner nerd will find paradise here. That’s right, we are talking about the pilgrimage, the holy trail every nerd needs to walk – the San Diego Comic Con. And if, like us, this year was another hit-and-miss; fret not! Here is a look at other Comic Cons you can probably head to with Pickyourtrail –

Held since 2004, this convention has had a legacy of hosting actors from Harry Potter, Doctor Who, Star Trek and Star Wars. This year hosts guests the likes of Benedict Cumberbatch, Natalie Dormer, Kevin Smith, Emily Kinney.

For all you move nerds, unfortunately, this convention is just 6 days away. Benedict watch another year, then!

Also known as Comic Con Manila or APCC, it features a variety of international brand of comics, music, animation and films falling under the category of pop culture. Stage shows are often held here.

Read more: How to get your favourite comic character’s homeland!

Beginning in the year 2012, Australia got its very own comic con – running currently in Perth, Melbourne, Sydney, Brisbane and Adelaide. This year you can look at visiting the comic con at

More: Heading over this year is Aquaman, also Khal Drogo from Game of Thrones, Jason Mamoa.

Inaugurated in 2014, this convention celebrates films, serials, computer and board games, entertaining literature, comics, anime and manga. Here is a glimpse at what the Russian Comic

Yes, Big Apple gets its very own comic con! Started in 2006, this one is dedicated to comics, graphic novels, anime, manga, video games, toys, and movies!

More: Guess who is headed this way all the way from Westeros? That’s right – Lena Headey, who plays Cersei Lannister in the HBO series Game of Thrones!

Begun in Brazil in the year 2014, it caters to fans of comics, TV series, video games, movies, literature and more. To be held December this year, there is plenty of time to plan this out.

All you nerds excited? Well get going and plan your next Comic Convention rendezvous with us.

We service music nerds, too. Tomorrowland? Sunburn? Burning Man? State your wish, we will grant it!

Discover San Diego – 20 things you should do in San Diego