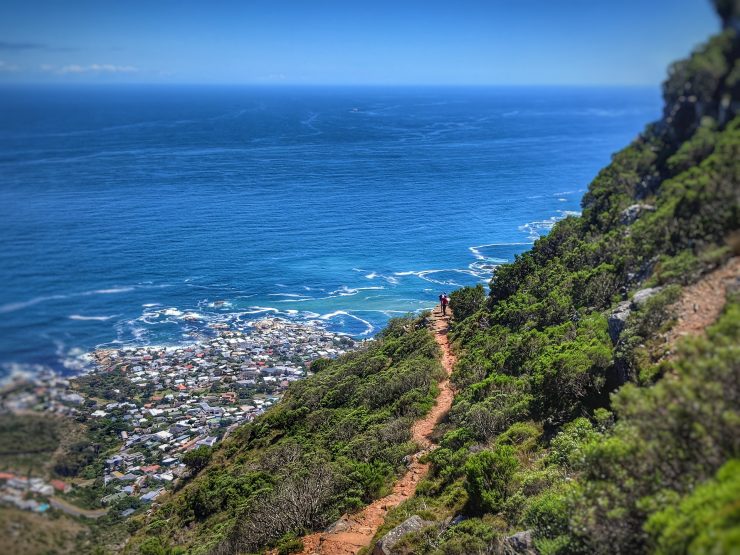 South Africa is famous for its landscapes, wildlife, award-winning wineries, beautiful beaches, and its cosmopolitan cities. There’s something deeply special about this place that can attract visitors more often.

South Africa stretching over 2,800 kilometres (1,700 miles) and home to over 56 million people, you could easily spend months here and still not see everything. Though there are hundreds of things to see and do in South Africa, here’s a list of what are the 10 Amazing Things To Do In South Africa.

One of the mainstream activities for which people come to South Africa is to experience a safari. It’s home to some of the best game drives in the world and you’ll want to spend at least a couple of nights in one of the hundreds of national parks. The most well-known safari destination is Kruger National Park, which has incredible diversity and tons of amazing wildlife, including the “Big Five” (lions, leopards, elephants, rhinoceroses, and Cape buffalo). Although you can drive yourself around the park, a guide is highly recommended because they’ll be much better at spotting animals and will also give you heaps info about them, their habitat, and the park itself. Since this is one of those “once in a lifetime” experiences it’s worth spending the money to get a knowledgeable guide. While Kruger is the most famous safari destination, there are dozens of other options across South Africa like Hluhluwe and uMfolozi National Park, Kgalagadi Transfrontier Park, Addo Elephant National Park and Pilanesberg National Park & Game Reserve.

One of the most popular destinations in South Africa is Cape Town due to Its vibrant, multicultural city with lively bars, delicious food, and lots of nature. In addition to the city’s amazing beaches, the waterfront is bursting with things to do as well.

Both the Atlantic Ocean and the Indian Ocean coasts of South Africa offer world-class surfing. Jeffrey’s Bay on the south coast near Port Elizabeth is the most famous surfing destination in South Africa and offers big waves and multiple breaks. There are also a number of good surfing locations near Cape Town, including Dungeons in Hout Bay and a number of others further south on the Western Cape, such as Long Beach. If you’re a beginner, Durban is a great option for surfing lessons because of the reliable waves and warm water of the Indian Ocean.

You can’t visit South Africa without learning about the horror of apartheid (a system of institutionalized racial segregation), which cast its shadow over the country from the 1940s all the way into the 1990s. Opened in 2001, the Apartheid Museum in Johannesburg does an excellent job of highlighting apartheid’s history and legacy. While in Johannesburg, visit the Constitutional Court. It stands on the site of a former political prison and you can tour some of the prison ruins and learn more about the many political prisoners who were unjustly detained here. Also, be sure to visit the District Six Museum in Cape Town. It’s a memorial to the people who lived in the area in the 1970s who were forced to relocate so that white citizens could move in. It’s both sobering and illuminating.

When it comes to learning about apartheid, you’ll want to also plan a trip to Robben Island. Located just four miles off the coast of Cape Town, Robben Island was a maximum-security prison until 1996. During the apartheid era, many political prisoners were sent to Robben Island. This includes Nelson Mandela, who spent 18 years behind bars on Robben Island. The prison is now a UNESCO World Heritage site and one of the most important cultural sites in the country. Conditions at the prison were incredibly harsh, with many prisoners forced into hard labour in the limestone quarry. They were also made to sleep on the stone floors of their cells without a bed as well. Today, former prisoners are tour guides and they shed light on what life was like here during apartheid. You’ll be able to see Mandela’s cell and take a bus ride around the island to see the prisoner’s graveyard as well as the quarry where Mandela and other prisoners were forced to work. Ferries operate 3 times a day, starting at 9 am (a 4th ferry operates during the summer season).

The Drakensberg region near the east coast is home to the highest mountain range in the country, with rugged, green peaks, sandstone cliffs, and deep valleys. There are lots of trails, ranging from casual walks to strenuous climbs and plenty of options for both day hikes and multi-day hikes. Some of the popular routes are Rainbow Gorge, Ploughman’s Kop, Chain Ladders Hike, Cathedral Peak, and Giant’s Cup Trail.

Part of the Table Mountain National Park and a short drive from Cape Town, the Boulders Penguin Colony is home to several thousand African penguins. Unfortunately, they’re an endangered species as a result of human impacts like pollution, oil spills, and habitat destruction. For that reason, you aren’t allowed to walk on the beach where the penguins breed but you can watch them from the nearby viewing platforms. There is also a raised boardwalk that starts at the Boulders Visitor Centre which will let you get up close to the penguins. Just keep in mind that they are wild animals and the beach is their home, Be sure to keep your distance and don’t try to feed them or pet them.

South Africa’s climate is perfect for grape growing. South Africa produces award-winning wines. The wine industry here dates back to the seventeenth century and there are hundreds of wineries to be found. In the Cape Winelands region not far from Cape Town, Stellenbosch has over 150 wineries in a very small area while a bit further away, Franschhoek not only has over 50 vineyards but also some of South Africa’s best restaurants.

A frequent stop on the way to or from Kruger, Blyde River Canyon is the third largest canyon in the world. It’s lush and green compared to the Grand Canyon. There are numerous natural rock formations and other natural features in this UNESCO-listed reserve, including Pinnacle Rock, God’s Window, and Bourke’s Luck Potholes. There are several hiking trails as well as abseiling, mountain biking, and white-water rafting.

South Africa is generally considered to be one of the best places in the world to go whale watching. If you’re visiting between June and November you’ll have an excellent chance of spotting Southern right whales, Bryde’s whales, and orcas. The town of Hermanus, located 120km southeast of Cape Town, is the base for many of the best whale-watching companies in the country. Drinks and snacks are usually included and discounts are often available for students, seniors, and children.

With its perfect weather, amazing wildlife, and award-winning wine, South Africa is an underrated destination but It’s a country you will never get tired of visiting and deserves your attention. You just can’t help but fall in love with it no matter your interests. Finding this guide useful? Check some of the best South Africa holiday packages and book your getaway now with Pickyourtrail.

Jaldapara National Park: All you need to know about the Wildlife Safaris

15 best things to do in Jaisalmer for a unique experience

Wildlife experience in India: Get ready to experience the best of wildlife