43 craziest natural phenomena that will sweep you off your feet 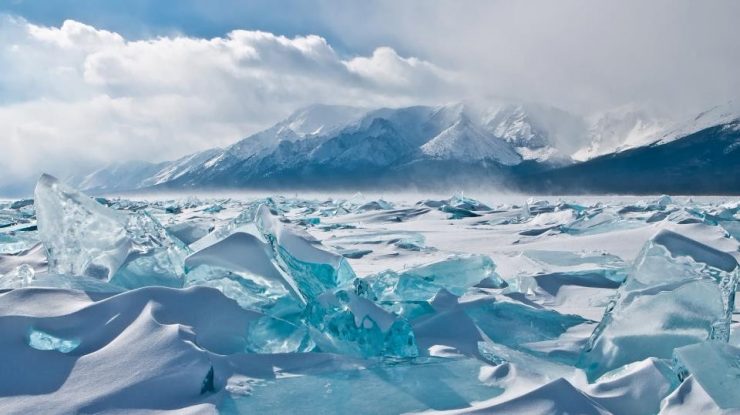 Nature has its own wonderfully weird way of surpassing every human marvel ever made. But seems so, we are not even in the league. Have a look at these 43 most surreal phenomena which you should see at least once in your lifetime. No black magic, no humbug, not even Christopher Nolan! Bits of nature’s creativity and loads of science are all it takes.

As electrically charged particles from the sun react with atoms in the upper atmosphere, this heaven manifests itself on earth.

Fairy lights in water! Occurs when the shimmers of the full moon aggravates the tidal currents to wash the chemical energy off of phytoplankton buried in the Maldives shore.

At a few kilometres above the point where the Catatumbo river amalgamates itself with the Maracaibo lake, currents of cold and warm air storm together to electrify the hell out of this place!

No doubt how the proverb ‘beauty is lethal’ came about. Sakurajima is at her most gorgeous when she gets violent enough to rain fires of ash

As the temperature in the loaded snow crusts dwindles and at various points, they glow in the prettiest shade of turquoise. Now this is what you call crystal-clear!

A paradise for the wild scuba divers is this nearly-perfect sphere of deep blue chasm which was formed in the last ice age when the sea level was much low. As the level raised up, naturally the hole developed to be a much deeper abyss.

Also called as Lunar rainbows, it differs from usual rainbow only in the fact that this glistening arc is created by the shimmers of moon rays rather than the sun.

‘The black sun’ is a picturesque phenomenon that occurs when flocks of Starling birds, over a million, make an ostentatious sky march towards the north in every autumn.

The solo wanderer. But chill, this is no voodoo cult. The answer is in your 8th grade science books. Rocks encased in ice move when partially immersed in water underneath, due to buoyant force.

You can call it the doorway to hell for the love of mysteries. But truth is, this is no more than a failed attempt of the scientists to stop an inoperative oilfield from emitting methane gas. Guess what? It’s been burning nonstop for over 48 years now!

Beauty of New Zealand comes in different shapes and sizes!

For the real feeling of walking over water. Salar de Uyuni, the largest salt flat water is surrealistically clear.

The high salinity of the water combined with the energy emitted by the microalgae ‘Dunaliella Salina’ results in this vibrant natural phenomenon in Australia.

Why would anyone want to drill into rocks, shape into vertical boulders, carve the top into hexagons? See it to believe it. It’s totally nature at work!

A song of ice and fire. Literally! The protruding snow pillar is a result of the hot inside fighting the cold outside.

When the wandering clouds stop to add more jewels in the crown of Mount Fuji, Japan.

Its real 24*7*365, not an illusion created by the colours of the rocks beneath or the trees above. Legit nature’s own water colour.

The surfer’s heaven. Occurs when river’s flow fight against the next incoming tide. The experience can be so adventurous it can humble even the best of the surfers.

This enormous limestone formation looks like a perfect landscape for the next movie in the Gladiator series!

When desert blooms, you get the existing proof that there’s life after everything. Above and beyond.

Scuba divers! Be all ears. This spectacular underwater river, Cenote Angelita flowing under the Yucatan Peninsula is assured to make you feel weak in the knees!

Usually to be seen after the tornado passes and harm is over, this make-believe formation of clouds is a marvellous sight to behold!

No one would mind saving up for an eternity to get closer to this place. Keep in mind, nature has been working on it for 6000 years by driving the waves to wash the calcium carbonate off of the walls.

When the cloud in itself a silver lining.

Is it announcing that Thor is coming to the earth? I’d like to believe so, but in reality, this silver ellipse is formed when the water temperature in clouds hasn’t frozen yet due to ice nucleation.

Kawah Ijen volcano for the love of blue and everything in blue:) High quantities of Sulfuric gas in extreme pressures dazzle in blue as soon as it comes in contact with the air outside.

You blink you miss this ephemeral wonder caused by refraction of sunlight in the atmosphere.

I never thought I can fall in love with icebergs again after what happened to Jack Dawson in Titanic! (So what if it’s 2019 😛 )

This visual poetry makes me believe that sometimes the best things in the world are not explained and cannot be!

Official home to thousands of lesser flamingos despite its extremely high alkalinity, is this mysterious lake along the northern Tanzania. Adding to it, temperatures here reach as high as up to 40 degree celsius and pH level up to 12.

Aliens? I thought of it too. But turns out, the colourful lakes spread over in this landform is just due to high concentration of minerals in the water. Needless to say, it’s perceived to be the most magical place in Canada.

Earth plays razor shoot up with the sky when ice crystals are suspended into air from the ground in extreme cold conditions. The ice crystals have no preferences and react with every light source that’s there to produce this most enthralling natural phenomenon.

Nature is a notorious prankster! Having been on the nerves of researchers for long, this tree can only be adored from a distance. There is still no clear proof how this tree exists as a living piece of art.

Got the name by its appearance as beautiful little priests bent forward in prayer, these snow pointers are formed when water vapours move in direction of the sun, and freezing thus.

#6 Eye of the Sahara, Africa

The watcher from the beneath! A century-long artwork devised by eruptions and erosions.

The most spectacular piece of work, for the chilling experience of living under an ice roof with sparkling ice walls around you.

Looks like sky is transferring its superpowers to water. If you happen to spot this, it’s best if you go tuck yourself in your room and watch it from a distance. Tornadoes on the way!

An astonishing grove of not thousands of trees as you would think. Not even hundred. It’s one! The largest living organism on earth.

Legend has it that the Socotra tree bleeds dragon blood when cut.

The official colour palette of the earth.

You may also like: Most haunted places in the US we dare you to visit

An epic 12 night Europe itinerary for the dreamy

An incredible 5 day Europe itinerary for an unforgettable Solo vacation

Exciting itinerary for the best Honeymoon vacation to Australia

A 5 day Europe itinerary to quench your wanderlust

How To Customise Your Itinerary Using our Trip Planner App?

15 Months in a Series-A Startup

Why Iceland wants travellers to scream into its gorgeous landscapes

Amazing Waterfalls in Iceland – Land of Ice and Fire

Best Things to Do in North Iceland – Unexplored Gems

Best Things to do in South Iceland – A Dream Destination

Summer trip to Iceland is back on track — the country restarts travel by June 15th!