These destinations are sure to attract Scuba diving enthusiasts in India 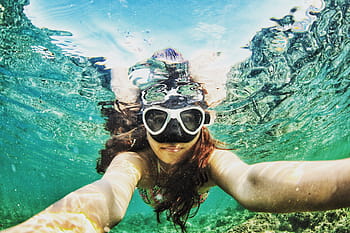 The tranquillity of the underwaters, its vivid sea life and a soul-surfing moment, Scuba really brings you to another planet. Bathing underwater with SCUBA or Self-contained Underwater Breathing Equipment is enjoyable, thrilling and a lifelong experience. Non-swimmers are not getting angry, yet. Scuba diving doesn’t require skills to swim. It’s a lifetime experience to see the inside of a sea waddling away with all its colourful fishes, the coral reef’s beauty and what not! As magnificent as it is, India is a land of enormous extremes. While on one side we have the great desert in the west, where it hardly rains at all, on the other, we have the country’s north-eastern region where it rains all year round.

Andaman is one of the Almighty ‘s astounding inventions. It is located right in the centre of the Indian Ocean and Bay of Bengal. This archipelago has a variety of gorgeous beaches and scuba diving spots, one of which is the most famous island of Havelock. Located approximately 50 km from Port Blair, the island has a wide range of exotic marine life such as Humpback Parrotfish, Lionfish, soft corals, Rare dugongs and colourful fish schools. To get there, one can fetch a Port Blair ferry that would take about 2.5 hours. Upon reaching there, there are many interesting sites like The Wall, Lighthouse, Aquarium, etc, each with its own unique features. Also, the hotels and resorts are fairly good- affordable and up to the mark. And it is advised not to forget to carry with simple necessities? Like sunscreens, lotions and so on, because there are no such shops available.

The place is at its peak during the months between Octobers and April, and that may be just the time to visit it because the tides are just too strong and there is also a consideration of monsoons.

Neil Islands is another part of Andaman that is just as beautiful albeit with less hustle and bustle surrounding the islands of Havelock. It is a small island but with its still unexplored beaches, fantastic scuba diving spots, it is a very spectacular one. Here the coral reef remains very unaffected by natural influences and thus preserves its charm thanks to the abundant nature of aquatic organisms. Great beach spots such as Jetty, Margherita’s Mischief and Laxmanpur Beach 1.

The Union Territory’s capital city has a few beautiful spots to go for scuba diving. The Wandoor Mahatma Gandhi Marine National Park is one of the rare areas designated for the conservation of aquatic flora and fauna. It is certainly a one-of-the-kind place within the world. The most exquisite sea flowers and around 50 separate forms of corals like Fungia, Pocillopora, ClownfishLeptoseris etc.

The Grand Island in Goa is worldwide a popular destination for adventure junkies. This location is a refuge for scuba diving, just a few kilometres west of the Mormugao peninsula. Among the most famous locations is Suzy’s Ruin, a British ship sunken by a heavy storm in the 1930s. The ship lies at the bottom littered with moulds and corals, being a habitat for many fish and crustaceans There is another shipwreck not far away named Davy Jones Locker, a destination of experienced scuba divers. The water current here is very intense and it is only suggested for skilled and seasoned scuba divers. The Uma Gumma Reef would be a great place for beginners to start with its calm waters and a range of sea creatures such as needlefish, lobsters, white tip reef sharks etc. The Grand Island is also a perfect location for treasure searching in locations like Suzy’s Ruin, Davy Lockers Jones, Uma Gumma Coral, Surge Zone, Turbo Tunnel etc.

Netrani Island, also known as the Pigeon Island, is situated about 10 miles from Mudreshwar temple town in Bhatkal Taluk. It’s a beautiful diving spot, formed like a heart, lovingly recognized as India’s diving heart. It is an island with corals which has a coral reef of species of fish, butterfly, parrot, eels, which shrimp. The island is mostly uninhabited so it is best to do diving on a cruise because of the steep cliffs. The location is well connected from Bengaluru, Goa, Mumbai, Mangalore.

Kovalam is located at Kerala, about 16 km away from Thiruvananthapuram. Mainly a beach area, since the Bond Safari Kovalam arrived there, it is slowly developing into a popular scuba diving locale. Rather of utilizing conventional scuba equipment, the business makes use of what is known as the ‘bond’ submarine, which is essentially an underwater scooter. Railways and airports link well to the spot.

Throughout India locations like Lakshadweep for excellent scuba diving. In Lakshadweep, scuba diving is both exciting and adventurous. Spending time in the blue clear lagoons and coves with manta rays, tortoises, colourful fishes and sharks and whales at times is a lifelong opportunity. A warship sunk during a fight between France and England, 200 years ago near Princess Royal’s diving spot in Bangaram.

One of Pondicherry’s most flexible scuba diving spots is its cool reef sharks. It is so-called as it has a sea-level ranging from 5 m to 23 m for both beginners and professionals to appreciate the breathtaking places. Plus in nature the seafloor is sandy, and the coral reefs are beautiful.

Dwarka ‘s tiny temple town is well recognized as Lord Krishna’s abode and is less popular for its scuba diving adventures. But with a young diving group setting up a base in Dwarka, it is now becoming a hotspot to explore its aquatic environment and find new dive sites. With decent visibility, a marine sanctuary in the Kutch Gulf, and spottings of whale sharks, dolphins, and tortoises, there’s plenty to look forward to while diving!

Whilst getting ready for your trip isn’t rocket science, having a trusted travel partner can be another advantage. To know more, sign in to www.pickyourtrail.com. The brand works in collaboration with multiple travel tourism boards across the world

Basilicas of Paris – The religious exploration you would enjoy

Refreshing and captivating waterfalls that you must visit in Mauritius

Snorkelling in Seychelles – exploring the marine life of the earthly paradise

The 5 most unexpected and astonishing landscapes to see when travel is back on!

Top things to See in the Maldives for your July Vacation

Best Places to Visit in the Maldives for your April Vacation

Scuba diving in Cambodia – Everything you need to know