Home » India » Top 10 cities in India that you must visit

Top 10 cities in India that you must visit 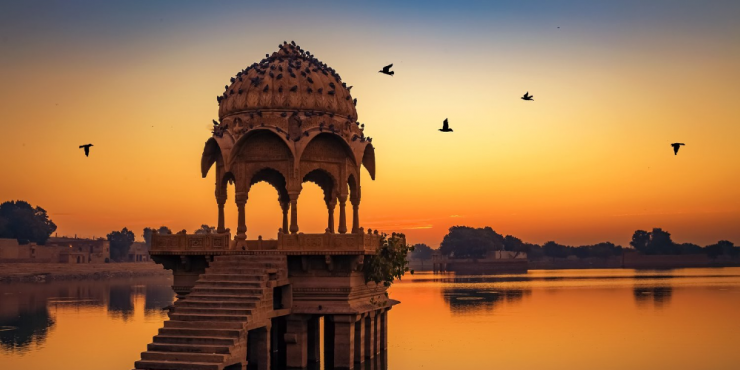 India is a country with extremely diverse cultures, numerous languages, and various cuisines. While planning a trip to India, you should visit some of these beautiful cities around the country. A trip to India is incomplete without visiting cities of Agra and Delhi. But they aren’t the only cities that offer you adventures and cultures. There is a lot to see in this country that one lifetime may not be enough. And this is a list of Top 10 cities in India that you must visit.

If you are arriving in India from the West, it is better to choose Mumbai Airport rather than Delhi. Mumbai city is the financial capital of India. And it is well known as the city that never sleeps. Be it a natural calamity or a manmade disaster, it is extremely difficult to kill Mumbai’s vibe. It is a coastal city, which means lots of beaches and fun. Eat Mumbai’s famous snack called “Vada pav.” And visit the Film City in Mumbai, which is also known as Bollywood, is the largest film industry in the world. You should also experience the journey via the local trains around here.

Just 3-4 hours from Mumbai, you should visit this beautiful city which is an educational hub of India. Visit universities like Pune University and watch youngsters all around the town. This city is also called as the city of hills because it is surrounded by them on all sides. Go around the numerous hiking and trekking trails around the city. Trek to visit the ancient forts atop the hills and mountains around. Visit the Shaniwarwada, Aga Khan Palace, Parvati hill temple, Sinhagad Fort and Khadakwasla Dam in Pune city. Learn more about the Maratha culture and visit the most revered local temple called Dagdusheth Halwai Mandir. Hang around and party at numerous uptown places like Koregaon Park and Viman Nagar. Check this page for more information- Places to visit in Pune city.

After you have visited Pune and Mumbai in Western India, it is time to head up north to Delhi. Delhi is the capital city of India. The city houses the Parliament and the most important government houses of the country. Visit the India Gate on Rajpath in New Delhi, the Qutub Minar, the Red Fort and the gigantic mosque called Jama Masjid. The remnants of the prosperous Mughal era can be found all over the city. Shop and eat at the lively Bazar at Chandani Chowk. And of course, take a day trip to Agra to the magnificent wonder of the world – Taj Mahal. If you have some more time on your hands, you must visit Fatehpur Sikri, which is near Agra.

Jaipur is a city in India that is full of Palaces and rich Indian heritage. It is also called as the Pink city due to its beautiful pink buildings and the distinctive colour of its soil and pink rocks. Watch out as you go through palace after palace, garden after garden and courtyard after courtyard, you may end up feeling that you were born in a royal family. The Hawa Mahal which is built by this beautiful red and pink sandstone is a must-visit when you are in Jaipur. If you can find more time, head south to the city of Udaipur, and head west to the sand dunes of Jaisalmer.

Head more to the north and you will find the most beautiful charming city of Shimla. It is one of the best cities in India. This is city is at the foothills of the mighty Indian Himalayas. That means lots of trekking and hiking places around the city. Another place nearby called Manali is also worth the visit. Make sure to shop or window shop for the handicrafts and wooden toys and handicrafts when you are here.

Kolkata is a beachside city near the ocean of Bay of Bengal. The culture is something different and the people here are quite heartwarming. Not to mention the amazing delicacies like Mishti Doi and lip-smacking seafood that you can eat here. The city is full of yellow taxis and the Howrah Bridge is an example of grand architecture. Apart from the beaches, food and Howrah bridge, you should plan to visit the museums and art galleries here.

The Rumi Darwaza- a giant gateway from the Mughal era, the 18th century Bara Imambara and Chota Imambara shrines and the Bhul Bhulayia- a maze of tunnels are must-visit places when you are in Lucknow. The Victorian Husainabad Clock Tower is a good example of the architecture from historic times. Apart from old architecture and stories from the Mughal era, the city is a treat for the foodies from vegans to carnivores.

Guwahati is the largest city in the northeastern part of India, which is a growing metropolis in the region. It is based on the banks of Brahmaputra River, and is known for many beautiful natural and holy sites. Guwahati will feel like a place out of India. The people and cultures around here, mostly come from tribal groups around the area. Numerous nearby hills and the other natural attractions around Guwahati, attract thousands for people particularly youth from India, every year.

Now we have to go to southern India. Hyderabad is the place where you can eat the best Biryani in India and many other lip-smacking food items. The Golconda fort here is a beautiful piece of architecture and reminds us of the historic era. In ancient times, this fort used to be a diamond trading centre. Another important landmark here is the Charminar. It is a 16th-century fortress with 4 beautiful minarets and stands near the Laad Bazar.

This high-tech industrial city is a budding metropolis in India. Bengaluru is the home to several technology startups in the country. Apart from this, it is well known for its parks and nightlife. The Cubbon Park, Bangalore Palace and Tipu Sultan’s Summer Palace are the places that you must visit when you are in Bangalore.

Apart from these top 10 cities in India, cities like Chennai, Ahmedabad, Surat, Chandigarh, Patna, Bhopal, Kochi, Indore, Varanasi and many more are worth visiting. Every city has a unique history, different people, places and amazing cuisines.

Also read Weekend Getaways cities in India That You Should Visit

This is a guest post by Shraddha Maheshwari who is a travel blogger from India who frequently writes about her experiences on her blog Shepherd Traveller. Apart from paragliding, bird watching and hiking in the mountains, she also loves watching sunrises. You can connect with her on Instagram @shepherdtraveller.

Sandakphu Trek – Lose Your Mind And Find Your Soul

Top 5 hotels in Dimapur to enjoy your stay in Nagaland

One-day Itinerary To Delhi – Double Dhamaka In A Single Day

Ellora Caves Of Maharashtra – A Must Visit On A Vacation

Historical Bishnupur: Best places to see in the town

Sinhagad Fort – Explore the trail of the unknown

Places to visit on the Konkan Coast

Best Places to Visit in Narkanda when in Himachal Pradesh

Top 6 Places to Visit in Amboli – Explore the Unexplored Amboli!

Attractions in Lakshadweep – Fill your itinerary with these top 8 attractions!

What Makes Homestays In Chikmagalur Better Than Any Other?