Trainspotting at the Moscow Metros 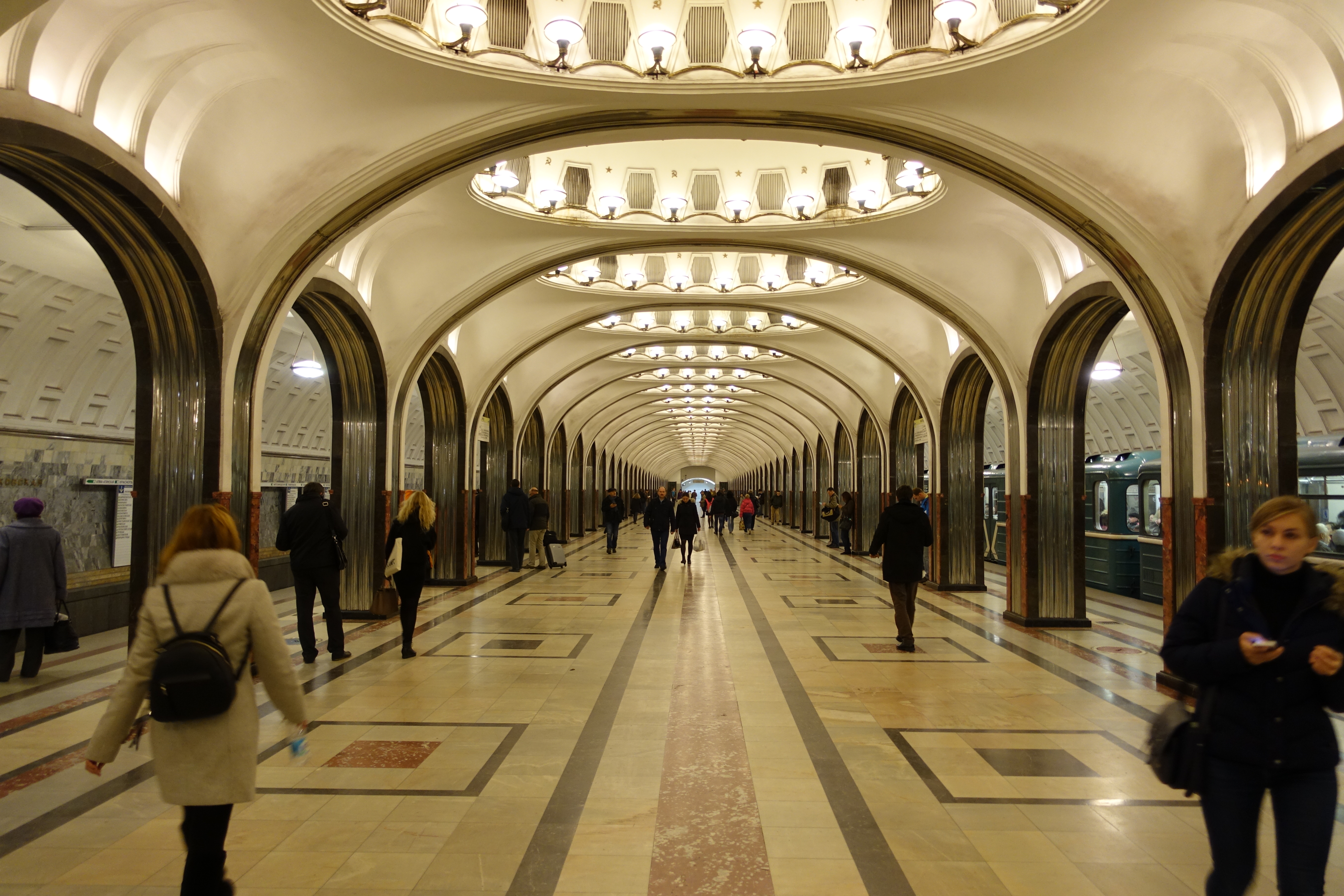 The marvel that the Moscow Metropolitan is, can be best described by the Russian word ‘svet’ that means brilliance. As the Russians would say, the Moscow Metropolitan symbolises a ‘svetloe budushchee’ or ‘a radiant future’. The Moscow Metro was the brainchild of Stalin and was believed to have been a showcase of Soviet power and technological prowess.  When it was launched in 1935, the world was completely awestruck. The resplendence and the luxury was representative of the life of erstwhile czars of Russia. Eighty years later, the world still gapes with wonder at the brilliant transit system that the Russians built! And if you think Russia is out of reach, look no further, we are just a note away.

With love, from Stalin

The Moscow metro is today the world’s fourth busiest transit system with 200 stations spanning over 300km. When Lazar Kaganovich set about executing Stalin’s dream project, he envisioned the subway as not just a place of transit, but one which would speak to its people of Russian culture and art. The metro was fashioned as ‘palaces for people’ and true to the name are extravagant to the boot. The stations ooze of luxury – marble and porcelain artwork, elaborate chandeliers lighting  the expansive corridors and generously large, inviting marble benches. The stations sparkle despite the crowds, thanks to the omnipresent maintenance team.

A walk through the stations would be akin to taking a lesson in Russian history. The Moscow Metros would be an engineering marvel, but also a glorified shrine of sorts for the Communist era. As you walk along a station, bronze statues welcome you, stop and gaze at bas relief panels that talk stories of the lives of Russian people. Play guessing games with the images of revolutionary and historic characters that you see along the walls of many of the Metro’s. While some of the metro stations resemble palaces from another era, there are others which seem to be from the future – with metallic dome like interiors and cool lighting systems.

More than a station

The Moscow Metro has a special place in the minds of Russians. When Moscow was under airstrikes during the World War II, the Moscow subway became bomb-proof shelters for nearly half a million people. The planning that went into the construction of these stations is astounding – at the beginning of the Cold War, the Arbatsko Line had a section constructed as a bomb shelter in case of a nuclear war. In 1941, it is believed that many ministers moved their offices to some of the Metro stations. At other times, the metro stations were used as a platform for public speeches by Stalin.

The Moscow Metro stations have many a ‘first’ to their name. To start with the deepest station of the Metro’s – the Park Pobedy. This station is 84 meters under ground and is one of the deepest in the world. At Park Pobedy, you can also find the world’s longest escalator at 126 meters with 717 steps and carrying people to a height of 230 feet . Standing at the bottom, one cannot see the top of the escalator! Yet another first is the ‘Most luxurious station’ record that goes to the Komsomolskaya station. This station has a stunningly high ceiling, that is decorated with precious stones and mosaics. So beautiful are most of the Moscow metros, that 44 of them are listed as cultural heritage sites.

Taking a ride on the Moscow metro? Here are four ‘must-do’s while you’re at it. And do remember to check out our fabulous Russian itineraries before you head to Moscow!

Grab a snack at the metro canteens: Only at Arbatskaya and Voikovskaya stations though.  If you stop by Ploschad Revolutsii Station, you may notice the noses of the dog sculptures are more shiny than the rest. Rubbing the noses is said to believe bring good luck, try it!

Some trains become moving event centres. Art exhibitions are quite popular and a pleasant entertainment for commuters.

Fascinated by the Moscow Metro? Visit the Metro Museum at Sportivnaya station and know more of the history of this engineering marvel.

Get your adrenaline rushing in Athens while soaring through its skies