The Winter Palace in St. Petersburg will make you feel like a royal

A coastal city overlooking the Baltic sea, St. Petersburg remained as Russia’s imperial capital till the nineteenth century before the 1917 Russian revolution. Nonetheless, the artistic city is still and will always be the country’s cultural capital thanks to its iconic landmarks like the Winter Palace and the State Hermitage Museum. Take a look at the most-visited attraction in St. Petersburg, the Winter Palace.

About the Winter Palace

Peter I laid the foundation of what will be one of the famous heritage museum and cultural research centre 312 years later when it was founded in 1708. This elongated pastel-green palace was built by notable architects including Francesco Bartolomeo Rastrelli in Elizabethan Baroque style. The Winter Palace was intended to be a grand residence of royal Russian descendants, which for some unknown reasons, went under the knife so many times before this incredible final makeover. Really, the royal palace cannot get any better.

Despite the frequent attacks including the Red Army attack in 1917, the Winter Palace has not lost its grandeur by any means. Check out the Armorial hall, the intricate artworks on the domes and the Elizabethan Baroque style architecture that adorns the Winter Palace from end to end. The Winter Palace was included as part of the State Hermitage Museum, which is a whole another attraction by itself. Take a tour to the ornate State Rooms of the museum via the famous Jordan staircase. In fact, the attractions in the palace are endless, so it’s better to tour the palace with a guide, who can walk you through what makes the cut.

November to September is the best time to visit Russia and hence you’re likely to visit the Winter Palace in the same period. But do not rule out Winter, especially when Russia looks breathtaking covered in snow, and the Winter Palace sees ever-decreased tourist crowd. If you happen to visit during the peak season, try to add Winter Palace in your itinerary post 4 pm on Wednesday, since the local crowd will be lesser. And the palace is best-seen during the night, even if you can’t go inside. The palace looks gorgeously lit in golden lights.

The entry fee ranges from 300 to 730 RUB (1 RUB = 1.02 INR). The museum offers free entry on Thursdays, but expect more crowds and far lengthier queues. The Winter Palace is open Monday to Sunday, from 10.30 am to 6 pm. It stays open until 9 pm on Wednesdays.

If you need to make up your mind about visiting the Winter Palace or would like a tour around it, do it from the comfort of your couch — the official website of the palace offers breathtaking virtual tours that will walk you through its landscape from where you are. Catch a glimpse of it here.

Intrigued about Russia’s Winter Palace? Whenever you are ready, create your Russia itinerary and book your holiday. 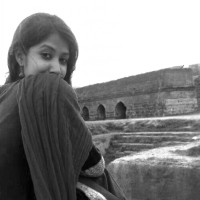 Best Places to Visit in Jeddah

Things to do in Saudi

Best Things To Do in Riyadh

Hawaii Vs Maldives: Which One to Choose for Your Next Vacay?

The sights, sounds, and smells of the Dubai Spice Souk

RAA Atoll – Everything You Need To Know

Thailand vs the Maldives – A vacation that will leave you spellbound

The top destinations to visit in Kerala in November

Cruise your way to Andaman