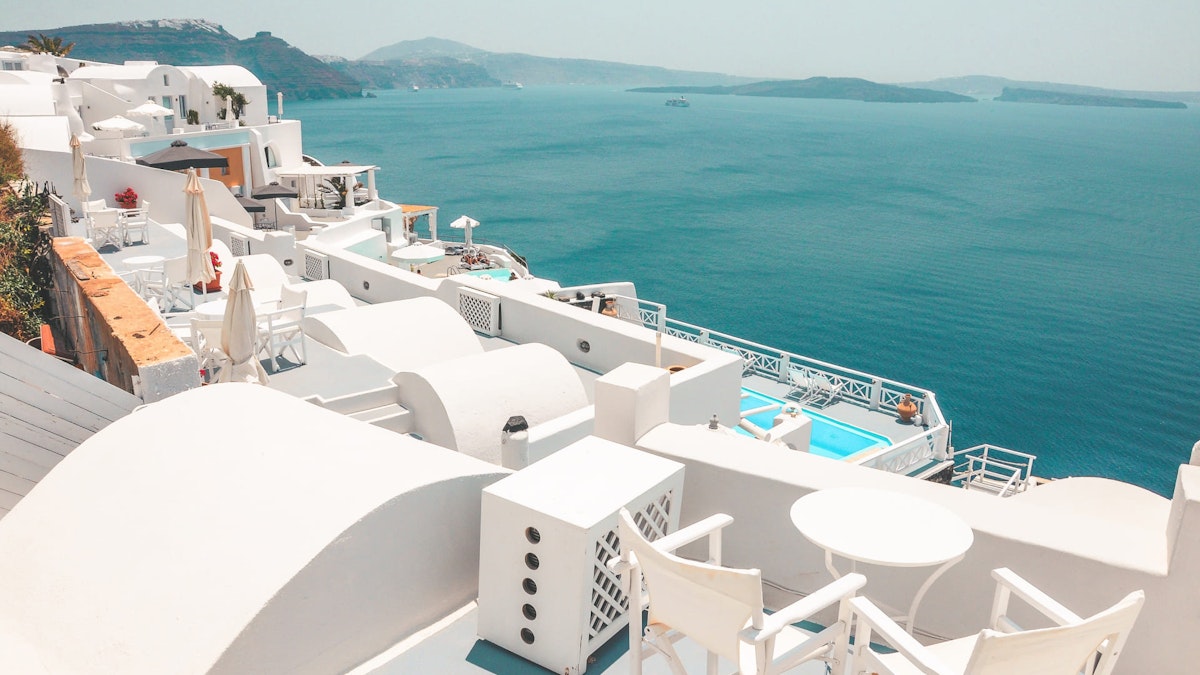 Greece is a perfect destination for visitors who want to try something different every day, thanks to its unique history, picturesque natural beauty, and exciting adventure opportunities. Greece, located on Europe's southernmost tip of the Balkan Peninsula, is home to a diverse range of sand beaches, majestic mountain ranges, small villages and towns with a distinct charm, and rich cultural diversity. Visitors on Greece family vacation packages will visit the city of Athens, which is known for its monuments; the island of Santorini, which is known for its idyllic beaches; and the city of Thessaloniki, which is known for its quaint charm. Thessaloniki, the capital of Central Macedonia, is regarded as the country's cultural capital. The city is a centre of activity, hosting a range of festivals and gatherings as well as a variety of dining and entertainment options which is included in Greece family tours.

Spend the day in Athens, the birthplace of Western civilization and a place where ancient democracy, philosophy, technology, and the arts flourished. Visit the new Acropolis Museum and tour the hilltop Acropolis, which is topped by the famed Parthenon. Visit the Athens Olympic Stadium, where the first modern Olympics were held, and take part in Olympic-themed events.

Visit Delphi, an ancient archaeological site perched on Mount Parnassos. Explore the ruins, which include the Temple of Apollo, Greece's oldest gymnasium, and other well-preserved theatres and altars, while taking in impeccable views of the mountains and the turquoise sea. Visit the Archaeological Museum of Delphi, a treasure chest of ancient objects discovered at Delphi.

Take the Rion-Antirion Bridge to Olympia and spend an unforgettable day discovering the remains of the Olympic Games' birthplace. These ancient games, which began in 776 B.C.E. and were held every four years for 12 centuries, attracted competitors from competing for Greek city-states to meet during a sacred truce. Discover the temples, sporting activities, and the Olympic Stadium at Olympia's UNESCO World Heritage-listed archaeological site.

Santorini hailed as one of the world's most stunning islands, is dotted with whitewashed villages that shimmer in the sunlight against a deep blue sea backdrop. Visit a nearby pottery studio to learn about the island's rich artistic heritage and make your own small keepsake.

Things to do on your Greece family tours

There are a large number of shorelines in Greece with over 6000 islands, which have opened up endless water sports opportunities. Families can practise water skiing, snorkelling, scuba diving, windsurfing, parasailing and kite sports during their holidays. Every day they could try a different water sport, and still, leave the next holiday unproven in places to visit in Greece with family.

It is almost a land with its very own culture, traditions and even regional emphasis, the largest of the islands in Greece. Knossos – the home to King Minos, Minotaur, and the fabulous labyrinth - is the most famous archaeological site here. There are numerous other places to explore, like the castles of Venice and the Phaistos site where uncovered discs were found.

Many Children's activities in Crete

Crete offers all types of activities, including outdoor activities, water sports, and archaeological visits. Perhaps its most important strength is that Crete is an ideal place for an authentic and genuine Greek experience.

The Peloponnese is the source of many Greek myths and stories about ancient cities. The best example is the strong and advanced Mycenaean civilization. Families who are interested in ancient and historic sites should visit this area. When you explore Greece's rich Byzantine and Venetian castles and towns, the sheer breadth of what there is to see with family in Greece becomes evident. The Peloponnese in Greece is a fantastic place to visit on a road trip. Hiking, walking, caving, and archaeological visits are all kid-friendly events in the Peloponnese which is exclusively included in Greece family tours.

Outside of the peak season, from mid-July to the end of August, when soaring temperatures and crowds of visitors and locals alike can be overwhelming, is the best time to visit most of Greece.

How to Reach Greece

The largest airport for international flights is Elefthérios Venizélos International Airport in Athens. With an average flight time of 10-12 hours, regular flights operate from many cities (both connecting and direct).

On a Greece family vacation packages, anyone searching for the best in nightlife will find this place is appealing. Mykonos is another island with a vibrant nightlife and cosmopolitan atmosphere. The island's Cycladic architecture, eclectic shopping, art galleries, trendy restaurants, and fine dining choices are also well-known. Travellers can visit Meteora and go on a trek to see Byzantine monasteries to get a more sublime view of this region. Pickyourtrail added the best places to visit in Greece with family in the vacation packages.

A 8 Nights and 9 Days Greece Vacation from Dubai

A 5 Days and 4 Nights Greece Tour Package from Dubai

A 3 Nights and 4 Days Crete, Greece Tour Package from Dubai

A 5 Days and 4 Nights Greece Vacation from UAE

A 4 Nights and 5 Days Greece Holiday Package from Dubai

A 4 Nights and 5 Days Greece Package from Dubai

The perfect 14 day trip to Europe