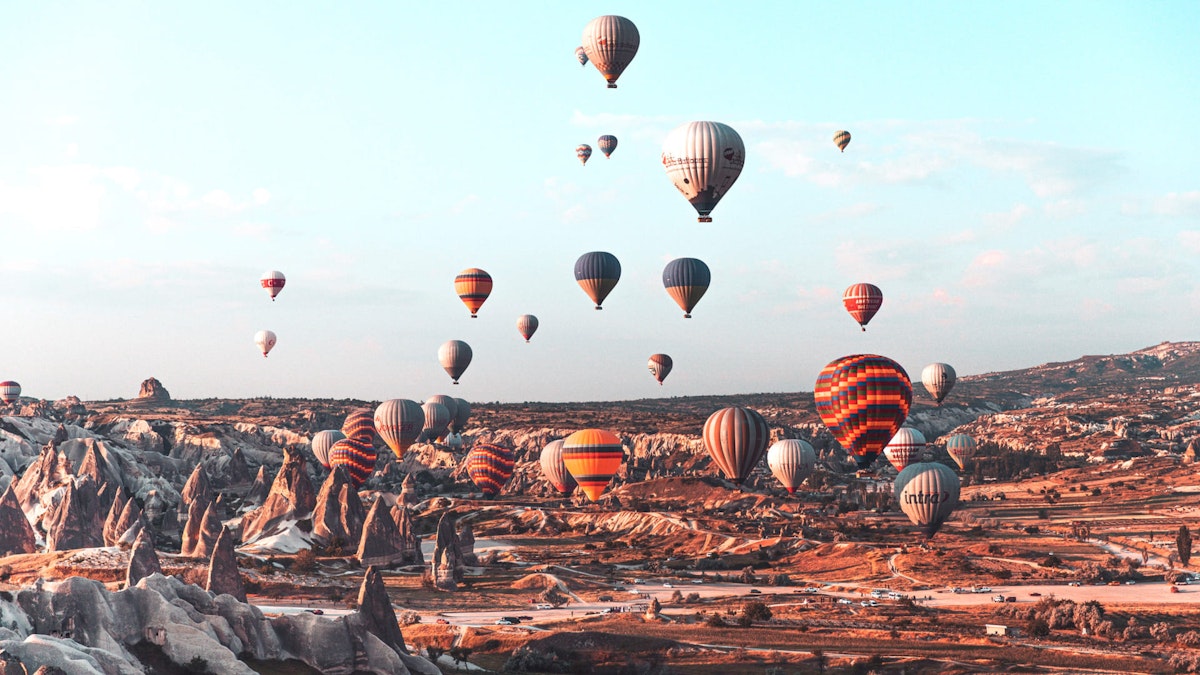 Turkey, the name conjures up images of royalty which will become clear once you arrive in this land of diverse historical riches, intriguing cuisine, beaches, and mountains that will sweep you off your feet. Turkey's history necessitates a blend of the familiar and the exotic, as the country has been invaded and settled from every direction since its recorded history began. As a result, colonisers had a significant impact on the country's lifestyle choices which combined those of the Mediterranean, the Middle East, the Balkans, and Central Asia.

Turkey holidays are popular with ancient monuments and shrines, which bear witness to the beautiful history of Turkey. In ancient times, Turkey was known as the Byzantine Empire that was ruled by many kings and stretched throughout Eastern Europe. This multitude of empires has their presence in Istanbul City; legendary works of art and history can be listed in Greek and Roman times and explored with the right in cheap holidays to Belek, Turkey. The legendary cities of Troy and Ephesus which you can choose to add packages of holidays from the US to Turkey are another example of a rich Turkish experience. To explore Turkey's true depths, you need the perfect packages for a Turkey trip. There are several attractive Pickyourtrail Turkey tour packages.

Depending on Cappadocia Turkey tour packages, anyone can visit Cappadocia, which is known for its intricate cave, underground cities, and cave walls decorated with paintings and art. Alternatively, you might take a hot air balloon ride through the picturesque countryside, taking in panoramic landscapes that are pure beauty and charm. Cappadocia, Pamukkale, Troy, and Istanbul are among the most beautiful places in Turkey.

Places to visit in Turkey

The Aya Sofya Museum's spellbinding Byzantine beauty is not only one of the most magnificent buildings in the world but also one of the top things to do in Turkey. The magnificent and cavernous frescoed interior recalls the power of ancient Constantinople. Any tourist visiting the country should see this famous monument.

Ephesus, a city of monumental temples and marble-columned avenues, is a mighty ruin. This is one of the most complete, still-standing Roman cities in the Mediterranean region, and it's the perfect place to imagine what life was like during the Roman Empire's golden age.

A sightseeing trip here will take at least half a day to cover the big highlights.

Cappadocia's surreal, swooping rock valleys are a photographer's and travellers dream. Rippling panoramas of wave-like rock or wacky-shaped pinnacles have been created by millennia of wind and water action on cliff ridges and hill crests.

If the lunar landscape isn't enough to entice you, the frescoed rock-cut churches of the Byzantine era when this area was an important early Christian site which is nestled in these valleys.

The Topkapi Palace is beyond imagination, transports you to the sultans' fantastical kingdom. The Ottoman sultans built out an empire from here, which would stretch up through Europe, down through the Middle East, and into Africa. The interiors, with their lavish jewelled decor and decadently exuberant tiling, provide an unforgettable glimpse into the Ottoman power base. The nearby public gardens were once the exclusive property of the Royal Court, but they are now open to the public and provide a peaceful getaway from the city streets.

One of the most famous natural wonders of Turkey, Pamukkale's pure white travertine roofs ("Cotton Castle") cascade down the slope like a snowfield in the green countryside out-of-place.

Visitors to the Black Sea Coast will find their way to Sumela Monastery (Monastery of the Virgin Mary). Walking around the abandoned church complex, full of brilliant frescoes and classic interior is a must to visit on a long journey to the northeastern part of Turkey. In the Byzantine era, the monastery first opened and was only closed in 1923. It is now easy to imagine the isolated lives of the monks who once lived here, walking through their empty cells.

Turkey has plenty of Greco-Roman ruins, but in today's Bergama nobody can be as romantic as ancient Pergamum. The surviving remains of Pergamum's temple now dramatically preside upon a hilltop once home to one of the most important ancient world books. The Acropolis area and the theatre cut into the hillside with sweeping views from its top sea levels and it is truly an unbelievably scenic place to explore. This is a wonderful place to visit if you want to make your living in the Roman period.

Lush green woods roll down a cliff into a beach of white sand. The sheltered entrance of Ölüdeniz, just a few metres from Fethiye, is Turkey's most famous beach and it is easy to see why its popularity hasn't declined due to its scenery which could have been a perfect postcard. If the beach is too crowded it's time to take a breathtaking view of the air from the summit of the mighty Babadag Mountain, rising behind the coast. The beach is a tandem paragliding dive.

There is a beach for every sun-worshipper in Turkey with such a long Mediterranean coastline but Patara is one of its most famous spots. It is 18 kilomètres along the coastline so that you can still find a calm place from the crowds in the summertime. This beach offers plenty of space. Experience the sunlight, sand and swimming, hike through the dunes to discover the ruins of this once rich Lycian city. Patara is easily accessible from Kas and Fethiye.

There is something for everyone in this lively Mediterranean hub. The two beaches in the summer outside the town are sunny and attract tourists from all over Europe. While the Old Town is a great place to discover right in the city centre with its cobblestone lanes and creaky Ottoman manor houses. The Antalya Museum is known for being one of the best in the country with a stunning collection of Hellenistic and Roman marble statuary, and of the town of Aspendos and Perge, there are bags of attractions to visit the city of Side, making it a fantastic base to visit the place.

Things to do in Turkey

Turkey is a melting pot of any kind of vacation spot. It has breathtaking natural scenery, a vibrant urban culture, a stunning coastline dotted with golden beaches, and a rich cultural and artistic heritage. As a result, one can pick and select their favourite Turkey tour packages based on their desired experience. Some of the best events and places to visit while on a Turkey tour package are as follows:

Summers in Turkey can be scorching hot, and winters can be bitterly cold, with snowfall normal. Spring and autumn, from April to May and September to November, are ideal times to visit Istanbul and the inland regions since the weather is milder and the skies are clearer. Because of Istanbul's proximity to the sea, it can be very windy at times, especially in the winter. Both the Mediterranean and Aegean coasts have a typical Mediterranean climate with mild winters and warm summers, so Marmaris and Kusadasi beach resorts are popular all year round. The greatest precipitation occurs along the coast in winter, so that during the summer months it is warm and dry. The extreme climatic conditions become more pronounced as you travel further east in Turkey with very hot and dry summers reaching up to 40°C and extremely cold winters with heavy snowfalls. Spring, autumn and the hills of summer are the best times for visiting the country when the temperatures are mild and pleasant.

How to Reach Turkey

The cheapest way to get from North America to Turkey is to buy a transatlantic flight to Europe and arrange your onward flight individually. Turkish Airlines and Delta Airlines (w delta.com) are the only carriers flying from the USA directly all year round.

Book Turkey Packages from the US at Pickyourtrail

Turkey, a culturally diversified country has traditionally supported travellers with a vast range of tourism destinations. Whether it's cultural monuments or gorgeous meadows, there's something for everyone here. Choosing a Turkey tour package from the US will allow you to have the best vacation possible, all while being surrounded by lush greenery. Explore Turkey's vibrant landscape with Pickyourtrail and visit some breathtaking destinations including the towering Cappadocian mountains, the gorgeous Alanya beaches and the ancient town of Antalya. Pickyourtrail Turkish holiday packages have all been designed to offer everyone the best experience. In its long, prosperous history, Turkey has been known for several things. It was the cultural centre of West Asia and the gateway to Europe. It is in this region that great civilizations such as Persia, Rome and Byzantine have flourished and exercised their influence; an influence that still can be felt when you visit Cappadocia in your Turkish packages. Turkey is known today for Westernized cultures which, with their distortion, have adapted to modernism. The Turkey tour packages provide a robust and exciting experience with Istanbul in the heart of the country. With the right Turkey vacation packages, you can discover the country's wonders firsthand.

Tourists from all over the world travel to Turkey with Turkey packages from the US for a holiday that will captivate your vibrant and colourful imagination. People fly to Turkey from the US to experience the country's slow-paced countryside or the quiet but engrossing shores, all of which give unique yet equally fascinating experiences. The remains of the ancient Roman Empire are one of the most popular destinations for Turkey sightseeing that you can include in your itinerary for Turkey holiday packages from the US.

A 4 Nights Turkey Itinerary from USA

A 7 Nights and 8 Days Turkey Package

Turkey Vacation for 11 Days from USA

A 13 Nights Turkey Vacation for Adults

A 10 night Turkey itinerary for a funfilled family vacation

The best ever 8 night Turkey itinerary for family vacations