Top Things To Do in Harrogate On Your England Vacation 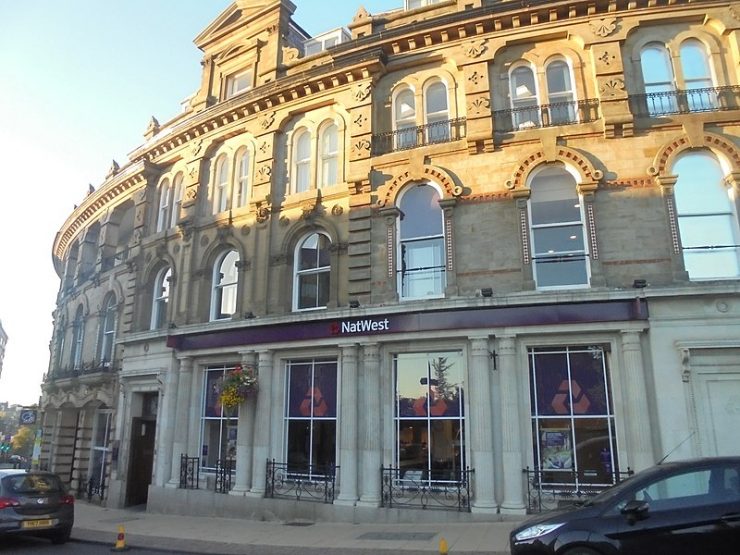 Renowned for Turkish pools and cream teas, Harrogate is the traditional spa town in England with charming avenues, old homes, lush greenery and plenty of fun to do. Harrogate has one of the four parks of the Royal Horticultural Society. And in the nearby dales, there are fortress ruins, beautiful homes and millstone grit rock structures. The structures hewed together by sand, water and ice into unreal configurations. The town is full of wonderful museums, smaller retailers, splendid vintage shops and top-class cosy bars. They offer outstanding beer, all surrounded by gentle green hills, amid the genteel prettiness and soothing beaches. Here’s a list of the top things to do in Harrogate on your England vacation!

Things to do in Harrogate

One of the top things to do in Harrogate is to visit the theatre! Visitors accustomed to living entertainment in Harrogate since 1788 when the Georgian Theatre tailored to the masses that gathered on the city. The main house of The Harrogate Theater (1900) is on Cheltenham Street, but the organization also runs the Royal Theatre, which we will address below, as well as a number of other locations across the area. To certain ages and preferences, the theatre has plenty to sell, whether it’s award-winning drama, popular professional singers, children’s plays, opera, ballet, musical soloists, choral presentations, poetry readings or lectures. The international Harrogate Comedy Festival is one to the label in the calendar, scheduling 53 artists at 34 in the first two weeks of September is something tourists shouldn’t miss out!

This is the Diamond in the crown of Harrogate. A finely built steam tub, swimming pool and spa with Moorish mosaics and terrazzo floors. In Victorian days, the baths were what put Harrogate on the map and by the 19th century had rendered the town one of the largest spas in Europe. Yet even most significantly, it’s the perfect spot to offer yourself a treatment and relax into serenity.

Also Read: Best Things To Do in Luton

A Rare 30-foot large rock formations clinging on top of each other and a National Trust Centre. The boulders include alluring titles such as The Sphinx, The Turtle, The Camel, The Watchdog, and The Dancing Bear. The boulders, built 320 million years ago, can make you feel incredibly young and leave you gawping at nature’s beauty too. There are plenty of walks to explore, including a road from Pateley Bridge village that includes walking through the world’s oldest sweet shop, as confirmed by World Records’ Guinness Book. Don’t miss out to list this down on your list of things to do in Harrogate!

Also Read: Things to do in Hatfield

A little way beyond Harrogate Golf Course in the nearby town of Knaresborough is what remains of a castle across the Nidd River. The ruins of Knaresborough Castle are magnificent, but the house is also notable as a line of English monarchs (Henry I, King John, Edward I, and Edward II) spent heavy capital in the fortress construction. It was also here in the 1170s that after the crime, one of the people who assassinated Thomas Becket, Hugh de Moreville, took shelter. The fortress, as a royalist stronghold, was taken down by the defeated parliamentarians in the English Civil War to prevent its reuse. Some of the stones here, later reclaimed for Knaresborough homes, and most remains in situ.

Also Read: Best Things to do in Guildford

This lush green area is very important, fringed by the Mercer Gallery and the Royal Hall and was built out in the 1890s. This was a luxury oasis where people should be free to walk and rest after taking the waters of Harrogate. The spa facilities circling the park later converted into residential towers that house some of England’s most luxurious residences in the north. In every season the park is fastidiously tidy and has gas lamps, manicured flower beds and shrubs. You can see the sculptures from the spa where the bandstand stood earlier.

In 1919, Swiss confectioner and baker Frederick Belmont founded a Harrogate institution, Bettys Café Tea Rooms. The company is in its fourth generation a century. And, available for breakfast, lunch and afternoon tea, with a menu that infuses the cultures of Swiss and Yorkshire. And there could be rösti from the cake trolley at night, schnitzel at lunch and chocolate torte. Yet the strong prestige of Bettys still focus on the afternoon tea, which retains the classic sandwich platter, elegant baked cookies, scones, clotted cream, and raspberry, all perfectly served with silver and delicate crockery. I’m sure some sparkle of authentic food on your list of things to do in Harrogate will make your itinerary unique!

Spofforth Castle is a demolished stone house set in the limestone, five miles south in the surrounding town. For almost 300 years this was the house of the Percy dynasty, one of Northern England’s most influential families. The castle was built by William de Percy. He landed in the court of William the Conqueror just after the Norman Conquest, and was a mover and shaker. Unlike other strongholds in Britain, in the English Civil War, Spofforth Castle met its demise, though its surviving construction dates from the 14th century. The remains are an English Heritage site. And, the rebel barons here are thought to have thrashed out the Magna Carta.

Four miles southeast of Harrogate is a beautiful garden listed in grade II, and built in the 1760s. At 30 acres, Plumpton Rocks is lined with millstone grit patterns, weathered into odd forms. Also, this place has granted evocative names such as Lover’s Leap, Lion’s Den and Needle’s Nest. At the bottom of these cliffs, you can see a man-made lake bordered by dense forest. Also, bedded in spring with bluebells and vivid in mid-summer with rhododendron blooms. On the south end of the pool, the most beautiful view faces north. In 1797 M. W. Turner visited the place, as the owner of the farm to wanted to draw the scene. So, don’t forget to experience this place and list it down on your list of things to do in Harrogate!

Excited to pack your bags already? Reasons outnumbered for you to kick-start planning your itinerary with the top things to do in Harrogate. Finding this guide useful? Check some of the UK holiday packages with Pickyourtrail and book your dream vacation! Also, feel free to leave a Whatsapp inquiry for any queries.