Not a lot of things gets us more excited than festivals do. Festivals are synonymous with a spectrum of other things like food, celebrations, gatherings. Every country has its own list of celebrations and festivities that are at times awe-inspiring, at other times mind-boggling. Australia is an explorer’s dream, with its food and diverse festivals – and we have handpicked this list for you to get the best of Australia’s culture:

Must-visit festivals in Australia in 2020:

This two-week celebration held at Federation Square, Melbourne celebrates literature, storytelling and much more. With over 50,000 attendees every year, this event brings together the best literary talent from Australia and around the world. From panel discussions to conversations to debates, storytelling and music & art events there is a lot to look forward to. The events are a plenty and cater to all ages – and more than a quarter of them are free. Held in Melbourne – a recognised UNESCO City of Literature – the festival is a part of the World Alliance that conducts 8 other international literary festivals.

The Kings Park Festival is a celebration of springtime and regrowth. Before you dismiss this as “just another” spring festival, don’t. Set in the beautiful Kings Park Botanic Gardens, the festival brings together more than 500,000 people together. From gardening enthusiasts to families, school students, artists and even fashion lovers, this month-long festival hosts exhibitions, guided tours, wildflower walks, live music and artworks to cater to all the groups in the crowd. There is no being left out in this festival. There is only spectacular sights – as the Kings Park Gardens are said to be home to the most stunning wildflowers in bloom.

This international arts festival has an aura of grandiose that is hard to compare or even beat. At Brisbane, be expected to be treated to some world class theatre, dance, opera, classical and contemporary music, comedy and circus. Attracting over a million people every year, this show is a combination of local, national and international talent. Held for over three weeks, the Brisbane Festival has an equally – and, might we say, appropriate – ending with the Sunsuper Riverfire event. Blasting fireworks into the sky, set to music, the festival ends with the ultimate display of fireworks. Woot woot.

Want a little more than just a sneak-peek into the lives of the Aboriginal communities in Australia. This might just be the way. Held in the Northern Territory of Alice Springs, Desert Mob is a festival that celebrates and recognises Aboriginal art. Displaying over 300 works by well-known and up and coming Aboriginal artists, this is not only an opportunity to catch a glimpse of their art or purchase it. This is also an opportunity to meet the artists, listen to their stories – revel in their way of life and celebrate it, too. 25 years and going strong, Desert Mob is the most anticipated and important Aboriginal art and cultural event in Australia.

Another celebration of arts, the Melbourne Fringe Festival is an annual independent arts festival. It celebrates and hosts theatre, comedy, music, performance art, film, cabaret, digital art and circus too. Hosted in multiple public venues, the Fringe is held over three weeks. Both emerging and established artists perform at this festival. It’s versatile for holding venues in bars, clubs, independent theatres and even locations like Federation Square and Melbourne Museum. It is, in fact, the second-largest independent arts festival in Australia – produces its own events to foster wider public participation.

Held among a picturesque field of blooming tulips in Commonwealth Park in Canberra, Floriade Festival is Australia’s premier spring festival. In fact it is even referred to Australia’s celebration of Spring. Thanks to frosty winters of Canberra, the tulips are nurtured enough to come to full bloom right on schedule as Canberra warms up to spring. Regarded as Southern Hemisphere’s largest flower festival, the flower-beds of tulips and annuals are planted to express a different theme each year. And when the lights go out, it gets even more prettier. The NightFest, as it is referred to, features beautiful light-installations, roving performers and night markets buzzing with constant activity. Laugh out loud at the Comedy Cave, be greeted to foodgasm-ic lineups of food and wine workshops at the Tasting Plate. Want more entertainment that treads over the line of crazy? La Petite Grande and The Little Palais features a vicarious line of classy slideshows, silent discos, quirky circus acts and a UV dance party. Want more reason to join in on the celebration? (No, we won’t chide you, it’s okay to say yes) All this mind-boggling entertainment for free. Yes. Now, let thy mind be boggled.

Vivid Sydney is a celebration of music, colours and light held annually in Sydney. It involves the Sydney Opera House being lit up in colourful themes and hosting a lot of immersive cultural events and musical performances by top performers from all over the world. And the best part? It’s free!

Being the second-largest comedy festival in the world, the Melbourne Comedy festival makes Australia “lose it” four weeks a year. From stand-up comedy events and roleplays dramas, this festival does everything to make March the best time to visit Melbourne.

Festival Location: Various venues across Melbourne such as the Melbourne Town Hall and the Trades Hall

Adelaide Fringe Festival is the world’s second-largest arts festival next to the Edinburgh festival. It’s a collection of free and ticketed events to experience a wide variety of arts and cultural events along with street parades and cult events.

10. Splendour in the Grass

Held annually in various locations such as New South Wales, Byron Bay and Queensland, Splendour in the Grass is a famous music festival bringing together artists in the genres of rock, hip hop, indie and alternative music. This festival is a must-attend for music lovers.

Got your fingers twitching to pick up something and leave? Don’t ignore that feeling. It’s time we had a chat and did something about that twitch in your finger. We think we might have a perfect solution to that!

Book your Australia tour package with us today! 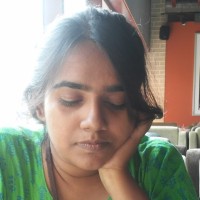 Unique Animals Of Australia That You Shouldn’t Miss

Unique Animals Of Australia – Get Ready For An Into The Wild Experience!

Vintage Shops in Sydney, Australia that you shouldn’t miss

Top Things to do in Bronte – Spectacular Sydney’s Finest

Top 5 things to do in Mudgee, a warm little town in New South Wales, Australia

The Ghan Train Tour – The Epic Train Journey in Australia

Things to do in Port Macquarie – A perfect getaway destination

Best Vegan Restaurants In Melbourne that you shouldn’t miss