Home » festivals » Where to Celebrate Chinese New Year in 2020?

Where to Celebrate Chinese New Year in 2020? 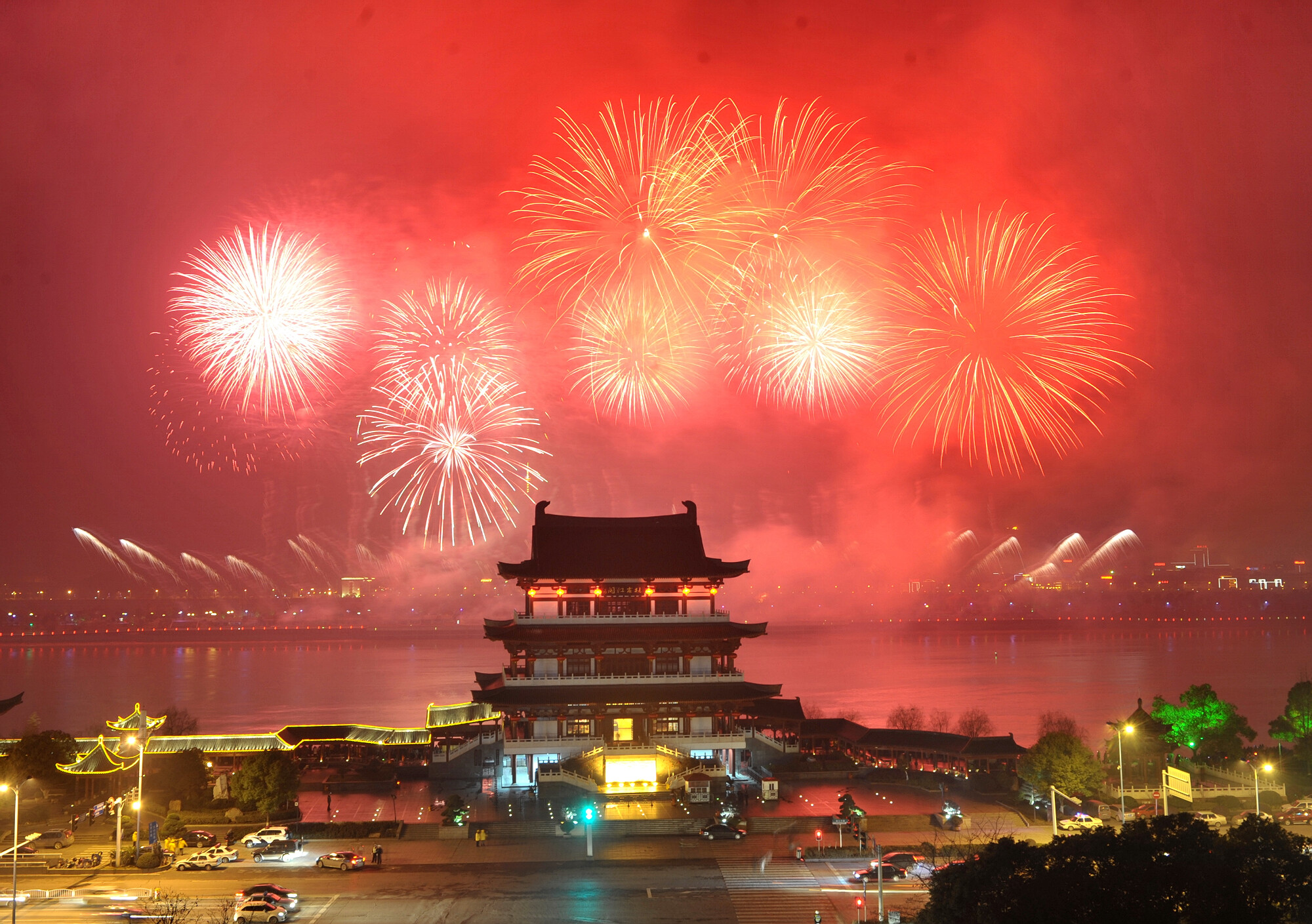 On 25th January, 1⁄5th of the Worlds Population would be celebrating “Gong Xi Fa Cai” and mark the beginning of the Lunar Calendar. That calls to almost 4% of the population to be on the move (i.e) around 3.5 billion people would be returning back to China for the long week’s holiday. But did you know that there are a lot more destinations where this Spring Festival a.k.a Lunar New Year is welcomed in style and a grand fashion. That being said, check this list—

Where to Celebrate Chinese New Year in 2020?

This colorful festival promises amazing fireworks, parades and festive markets selling traditional food and blooms throughout Hong Kong. The red lanterns lighting up the city makes it an even more magical experience than you can imagine. The territories biggest annual celebration mixes old traditions, practices and beliefs with new customs from the younger generations.

Now there are two main events that cannot be missed. The first being the amazing computer controlled fireworks display that takes place over Victoria Harbor. The second celebration is the infamous night parade that travels along the streets of Tsim Sha Tsuji. The parade is made up of illuminated floats, performance artists and dancers. . What better place to spend a Chinese New Year than in Hong Kong surrounded by authenticity, color and traditional practices.

Boasting one the oldest and largest parades and festivals of the Chinese New Year outside Asia, this is the largest Asian cultural event in North America. The illuminated night parade remains one of the few nighttime parades in the United States and has been named one of the world’s top ten parades. Gorgeous floats, elaborate designs, specialty costumes, stilt walkers, exploding firecrackers, marching drumming bands, and acrobats will all move their way down the streets of the city.

At the end comes the infamous 268 foot Golden Dragon which requires over 100 men and women to hold up is paraded around. This celebration has gained so much attention that the United States based airline, Southwest Airlines is now the official sponsor of the parade. Not a bad place to celebrate the lunar new year in style huh?!

The nation of Singapore is comprised primarily of Chinese, Indian, and Malaysian ethnic groups but when the Chinese New Year rolls around the entire country joins in the celebrations. Since 1987 residents and visitors have been gathering at the River Hongbao for the liveliest of festivals. The most fascinating part of the Chinese New Year in Singapore is the mixing of old and new traditions as well as the influence that comes from many different cultures.

The Chingay Parade, is another major event in Singapore held to ring in the Chinese New Year. It remains the largest street and float parade in Asia and dancing dragons, stilt walkers and traditional lion walkers are just a small part of it. Magic shows, acrobats and samba parties fill the streets with animated joy and people gather from all over the world to experience this once in a lifetime opportunity.

Also read: Singapore tourist visa for Indians – How to apply, tips, and requirements

What started as a small community event to celebrate the Chinese New Year has now turned into one of the biggest celebrations of the Lunar Year in the world and is considered one of the biggest celebrated events in Australia. The celebrations primarily happen in Chinatown where performers, markets and street stalls all set up. The dragon boat races are a huge part of this city’s celebrations; they happen on Cockle Bay and visitors are invited to get up close and personal with these intricately carved boats that are an important part of the Chinese history.

The twilight parade is the signature event in Sydney with its sensational display of lights and color. Numerous events throughout the city include karaoke competitions, martial art demonstrations, dancing dragons and lions and many other cultural activities that take place during this month-long celebration. Sydney holds its collar up high to host the best Chinese and English (Jan 1st) New Years in the grandest way possible.

Well everything is different over here as we all are aware. The beginning of the Lunar Calendar is celebrated as “Korean New Year” and is one of the most significant traditional holidays. Korean New Year is generally the same day as Chinese New Year, except when new moon occurs between 15:00 UTC (Korean midnight) and 16:00 UTC (Chinese midnight). As much as the celebrations are pretty gregarious and enjoyable throughout these 3 days where the government servants are given their only holidays of the year, it sure is difficult for us to get in and experience it all.

Sebeh is a traditionally observed activity on Sŏllal, and is a ritual of filial piety. Dressed in traditional clothing, children wish their elders. Elders typically reward this gesture by giving their children in luck bags made with beautiful silk designs, as well as offering words of wisdom. Historically, parents gave out rice cakes and fruit to their children.

Thailand’s biggest celebration of the Chinese New Year takes place in Bangkok, which is home to the largest Chinatown in Thailand. The Thai Princess inaugurates the festivities and is usually part of all the celebrations. Nighttime brings a different feeling to the city when the lanterns are lit and set the sky red in color.

A main stage near the Chinatown Gate offers shows with acrobats spinning high in the air and musicians playing all night. The temples surrounding the area are usually decorated and lit up and provide a place of refuge from the busy streets; many are often full of beautiful flowers. make sure you remember your camera for this trip and combine it with many other amazing places across Thailand from our itineraries.

Also read: A traveler’s guide to shopping in Bangkok

Date: January 25 but celebrated throughout January 24 – 30 | Customize your own China itinerary!

Welcome to the mother of all Chinese New Year celebrations which happens in the Chinese capital. Although the city is packed full of carnival like activities, festivals, firecrackers and parades here in Beijing, they put a special emphasis on cultural and historical tradition. A lot of time is devoted to prayer and honoring their ancestors.

Visitors will want to partake in a temple fair where cultural activities represent the traditional customs of Beijing. The Longqing Ice and Snow Festival is a fairly new addition to the celebration of Chinese New Year and is home to incredible ice sculptures. But one of the most popular events to attend is the Reenactment of the Qing-Style Sacred Ceremony at the Ditan Temple Fair.

Now that you had fair idea of what the Year of the Rat is all about, where would you want to celebrate the Chinese New year 2020 in such a grandeur. We are just a postcard away to help you plan the best vacation and make you feel 高兴极了 (delighted).

Restaurants in the West End of Brisbane, Australia

Places to Visit in the Grampians, Australia that will blow your mind

Things to do in Fremantle, Perth: A city that is loved by all

Top Haunted Places in Australia – An Eerie and Scary Guide

10 Places to Visit in California – Explore the Golden State

These top 7 attractions in Port Douglas will make you visit this town repeatedly!