Travel teaches you a lot of things. And there are many reasons to travel. For me it was about freedom, challenging myself and learning something new.

I had been to Sikkim in April 2018. The mountains, snow; I had not experienced anything so grandeur before. People have their reasons to get up close to the mountains. Mine was for the seclusion, the sense of achievement of scaling their peaks and ultimately feeling humbled by their massive size and beauty. I made a promise I would trek to one of these mountains someday.

Fast forward to October 2019, I was on a flight to Kathmandu with my friends to do the 14-day Everest Basecamp trek. Throughout the trek, I noticed several instances which would easily make it to a leadership traits manual and I could personally relate to a lot of them. I head Customer Happiness ? at Pickyourtrail and work with an exceptional bunch of people. I could relate the challenges from the trek with the challenges I face as a leader. So here’s my list:

Most of the treks in Nepal begin from Lukla, which has the world’s most dangerous airport. But getting to Lukla isn’t always guaranteed. The tiny 12-seater flight you take from Kathmandu to Lukla needs proper visibility. And weather in the Himalayas is always unpredictable.

My group was issued boarding passes and escorted till the flight. But due to poor visibility, our flight was cancelled. We came back the next day, were issued boarding passes, taken till the flight, but asked to go back again. Luckily, our shuttle driver decided to wait a little longer near the hangar and we were able to take our flight as there was clear weather for a small 15-minute window.

Not everything will go as planned. Being patient, not letting anxiety lead to decisions will go a long way. It helps you take wiser calls. I waited for an extra day and saved over $1000, which I would have spent on a helicopter ride to Lukla.

2. Don’t leave anyone behind

You leave no one behind. Period. Something we all collectively learnt while trekking. It’s not a race, and you don’t get extra points for reaching the guesthouse first. Jung Bahadur aka Junga our guide ensured our group did their best to stay together. Neha, my fellow trekker from Uganda had a hard time on Day 7 while trekking to Dingboche from Phortse. However, we made sure that we waited for her in a couple of spots including the one in the pic below.

The problem with trekking is you get fatigued if you take longer breaks. Your heart’s pumping normally, your muscles relax, and the cold makes things worse. But we still decided to wait and make sure we got to the guesthouse as a team, together.

Your teammates may falter, feel lost. But you don’t leave them behind. Wait for them, guide them and get them safely to the guesthouse, the final goal 🙂

3. No niceties all the time

As a leader, you instruct your team, sometimes by force. But the intention is always right. There’s always a bigger picture. You constantly challenge your team and not everything you say they’ll like to hear. But in the end, you always had their best intentions in your mind.

On our acclimatization day trek, Junga suddenly asked us to stop at a curve. He instructed everyone to drink at least half their water bottle (most of us carried a 1-litre bottle) and eat a snack. None of us was thirsty, nor did we feel like eating. But Junga was adamant. He would not let us take another step without heeding to his instruction. After 10 minutes of back and forth, the group ended up doing what Junga had asked. With some level of discomfort, we started gaining elevation. To ensure the group does not get anxious, Junga had not mentioned that we would walk through the narrowest section of the entire trek. There was obviously no space to stop, rest or take a water break. For the next 20 minutes, we were constantly reminded of the thousand-feet drop into oblivion on our right. Never got a chance to thank Junga after this portion of the trek, but none of us ever doubted him again.

Stay grounded, even as you climb higher in the leadership ladder. You treat everyone with respect, just like how you’d like to be treated. We’re back to the basics, I know, but at times, we miss out on these simple things unless we consciously reflect. Every trek in the Himalayas is successful, thanks to the Superhuman Sherpas. They carry your food, your bags, drinking water, fuel, medicines, etc. A sherpa has surely helped you if you ever take a trek in the Himalayas. When it comes to your team, everyone is playing an important role in shaping it. Remember to treat everyone with the respect they deserve, acknowledge their work, say a Thank you, communicate effectively. This will go a long way! The pic below is on our last day in Lukla. It was a thanksgiving dinner and a party for all the porters and guides.

Imagine waking up at 3:00 AM, wearing a headlamp and making your way out into a cold, dark, barren land. The only light is from your headlamp and a trail of illuminated dots which show you the climb ahead – an easy 50-degree climb through rugged terrain. We were climbing Kala Patthar a mountain with an elevation of 18,519 feet. The goal was to get to the top in time for the sunrise and get the best view of Mt. Everest.

This was one of those days when I had almost given up. The cold was a punishing -10 °C. Something I have never been used to having lived all my life in Bengaluru and Chennai. The chilly temperature froze the water inside my bottle, locked the foot of my walking pole and made my fingers numb with my gloves on. I had to take multiple breaks, but further up was the view we were all waiting for. At 4:45 AM, I could finally rest and gaze at Mt. Everest. I had summitted Kala Patthar before sunrise.

Trust – very simple, yet not always adopted. It takes a while for you to freely trust someone. But as a leader, you must build an inherent trust in your team. Have an honest conversation if something is leading to a dip in your trust. And expect the same from your team too.

Throughout our trek, there were multiple instances where I was sceptical about Junga’s and Ramji’s (our senior Guide) inputs. Their “Nepali Flat” was generally a tiring uphill climb. Their 5-minutes only would be an easy 20-minute trek. But, I trusted their advice when it came to the really tactical stuff. I was willing to learn from them. The picture on your right is a section while trekking to the Solu Khumbu, Thokla Pass. There’s a raging river flowing underneath this unstable bridge. And we need to get to the other side. Junga was clear in his instructions – “Don’t walk. Run!” Why? – No guarantees the bridge will stay up 🙂 Yup, I made it alive!

7. Be willing to take risks

I knew the risks I was getting into while planning my trek to Everest Basecamp. And as a group, we had several encounters. I had a close shave on Day 2 when we had just started our trek from Phakding. A nervous mule charged at me from the right. I realized just in time to stop and shifted a bit to the left. It hit my trekking bag and I lost balance. Thankfully, I fell on the path and didn’t get knocked off the trail. A fall here would have been the end of my trek.

On one of our routine trek days, a group of yaks who had turned a corner surprised us. Kev, a fellow Trekker from UK, Junga my guide and I were caught in a very tricky section of a corner. Going back was not an option, as we would then be directly in the path of these animals. Junga suggested we walk faster and get to a boulder ahead of us. We ran towards the yaks to make it just in time to the boulder. These animals don’t stop. On this 3-feet wide path, they’ll use up all the space and knock you off if needed. We made it just in time and waited while the yaks made their way uninterrupted. The picture on the right is the narrow section after the yaks had crossed us.

Every successful leader has taken risks. Risks set things in perspective. You will have challenges along the way, be comfortable in taking risks, your team will follow. My guide suggested an insane idea and took a chance. We trusted him and followed. The rewards were wonderful. We could continue our trek without getting hurt. And, we got an up-close view of all the yaks as they brushed by us while we stood on the boulder.

8. Stay Motivated and Motivate others

Risks on the trek included visible ones like the dark crevasses, tough terrain, rock falls and deep cliff sides. But you also have the risks which are not always visible like the physical strain you’re putting on your body and mind. I had a runny nose from Day 3, a really bad headache, sore knees, but you had to keep going.

A leader understands your weaknesses and motivates you constantly. Ramji made it a point to stick with Neha as she was finding it difficult after Day 5. He would give her small trekking goals, create checkpoints which they’d both conquer together. Neha, to this day owes a tremendous part of her Everest Basecamp trek success to Ramji.

9. Have a clear Vision

A lot changed throughout the trek – the terrain, the difficulty, oxygen levels, altitude, etc. But one thing remained unchanged. It was the goal of getting to 17,598 feet, standing beside the spray-painted landmark boulder.

Trekking to the Everest Basecamp was one of the most exhilarating experiences I have ever felt, breathed, seen and touched. I will return to these mountains, but it won’t be just for the beauty and adventure, but for the people. The friendly porters, the strangers you greet and wave to everyday on your trek, new friendships you make and the knowledgeable guides. People play a significant role in a sport like this. It’s the collective effort of so many unknown and known faces which helps you get there. They helped me get to the bottom of the top of the world. One day, I believe they’ll help me get to the top of the world too 🙂

I have been a huge advocate of leadership being a two-way street. There has to be give and take. Your success as a leader is defined by the collective effort of the people you lead. I owe a lot of my success today to my team. I’m humbled at how they come together as one and create magic every single day. And as Dominque Wilkins said, “You’re only as good as your team”. 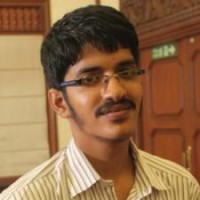 Inside The Pickyourtrail Hustle – What Makes Us Simply Superb?

How To Customise Your Itinerary Using our Trip Planner App?

Pickyourtrail Travel Planner App for a holiday experience like never before!

15 Months in a Series-A Startup