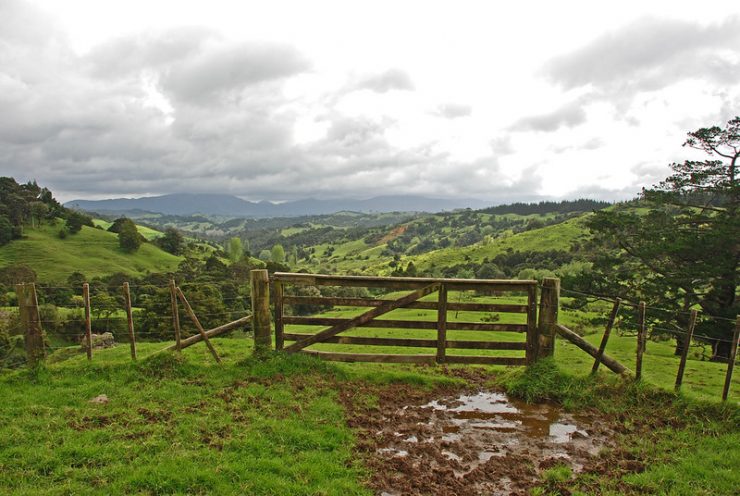 New Zealand is a country that has something to offer every month of the year. Depending entirely on your personal interests, be it hiking, skiing, a healthy dose of sunshine or a glimmer of autumnal gold, you have everything, in a nutshell, offered to you in New Zealand. Here’s a month-by-month guide to explore this amazing scenic destination.

January is mid-summer and peak tourist season in New Zealand. So, if you love the sun and are willing to cherish the bustle, this is a great month to get into the wider community spirit and attend a number of summer festivals around this time, including the World Buskers’ Festival in Christchurch, and the New Zealand Sevens rugby tournament.

This is the best time to head to the beach, go kayaking, try out some of the Great Walks and get a better grip of local history and customs. Waitangi Day (which is New Zealand’s national day) falls on 6 February.

March is when the country begins to see its autumn. Some areas like the Bay of Islands and Rotorua will continue to see warm climes. March is also when many vineyards see an abundance in lush grapes. Other events include the Hokitika Wildfoods Festival, and Hamilton’s Balloons Over Waikato.

April is the time to relish some crisp, sunny days, bright blue skies, and chilly nights. This is the best time to visit places like the Hawke’s Bay, Central Otago (especially Arrowtown), Lake Tekapo and the wider Mackenzie Country area.  Some of the must-see events this month include Wanaka’s Festival of Colour and the Auckland Royal Easter Show.

This is the time to start putting on those cosy layers: temperatures in May can easily drop to 6°C in the South Island, and 9°C in the North. If you’re into adventure sports, bungy jumping in the brisk, fresh air will definitely keep you in high spirits. May is also a good time for mountain biking, game bird hunting and fishing. Other festivals to check out include the Auckland Writers’ Festival, and the Great New Zealand Food Show in Hamilton.

Thus this is the first month of winter. Queenstown kicks things off with an annual winter festival in June/July, consisting of a jam-packed 10 days of music, snow sports, and entertainment. If you’re in the North Island, Ruapehu and Taranaki are your main ski areas; popular destinations in the South include Wanaka, Otago and Canterbury. Matariki (the Maori New Year) is celebrated country-wide in June.

Queenstown is usually at its driest, while Auckland is at its wettest. Winter in the capital (Wellington) is not too extreme, though its southerly winds can definitely pierce right through you. Some of the great sights to visit this month include the Pancake Rocks on the South Island’s West Coast and the ever-popular Tongariro National Park in the North Island. July is also the time to check out Napier’s annual Art Deco Weekend, Dunedin’s Chocolate Carnival, and the New Zealand International Film Festival.

August continues to carry out the wintry theme. There’s plenty of time to catch some snow, cherish the alpine backdrops, and just marvel at New Zealand’s sublime landscapes. August is also when keen foodies get to sink their teeth in scrumptious food and the New Zealand Fashion Week will be in-trend.

Spring comes in full bloom in the month of September. The World of Wearable Art is the most distinguished event of this month. If you want to get into the springtime spirit, there are plenty of celebrations that do it in style: including the Alexandra Blossom Festival, Cherry Blossom Festival of Nelson, and the Palmerston North International Spring Festival.

October is a month of mild temperatures and cultural highlights. Wellington’s weather tends to be at its best. Throughout New Zealand, you’ll find a number of events highlighting heritage and arts: including the Auckland Heritage Festival, the Dunedin Heritage Festival and the Hawke’s Bay Arts Festival. Diwali celebrations also grab plenty of attention in Auckland and Wellington.

Mid-spring brings plenty of pleasant days. If you ever want to experience New Zealand’s country life, the Canterbury A&P Show is worth checking out. Every November, this long-standing three-day tradition combines a number of live demonstrations, competitions, and even a petting zoo to bring the rural lifestyle into the city landscape.

December is the start of summer, meaning that the holiday season is celebrated in scorching colours, barbecues, fish and chips by the beach, or a typical potluck dinner with Pavlova for dessert. Kiwis take the time to enjoy the elongated days. New Year’s Eve has its own traditions, including the Rhythm and Vines festival in Gisborne, the city that has the privilege of seeing the first sunrise of the year.

Finding this guide useful? Read up on more useful information, through our specially curated New Zealand travel blogs. Also, check some of the best New Zealand tour packages and book your getaway now with Pickyourtrail.

Kerala In October: Soothing Weather In God’s Own Country!

The perfect time to plan your trip to Meghalaya in 2020

The Best time to plan your trip to Jaipur: Rajasthan in 2020