Bhutan Currency – A Guide to Know About Ngultrum And More!

Bhutan, Land of the Thunder Dragon, is one of the underrated, magnificent and unexplored part of the Asian Continent. One can’t resist from falling in love with the unblemished Himalayan backdrop and its rich flora and fauna adding to its vibrant Buddhist culture. The country has grown into a popular destination for many international tourists. Tourism is the major generator of hard-currency revenue and it also provides a stimulus for the development of the services sector leading to the holistic advancement of the entire country. Before you start your journey to this beautiful country, it is important that you are aware of the details of the Bhutan Currency and other details related to it. Read on to know more about the official currency of Bhutan and much more. This will make your travel more convenient as you will be knowing everything about the currency in the country.

The official currency of Bhutan is the Ngultrum. The code for the currency is BTN and the symbol which is widely used to represent the currency is Nu. Ngultrum is used by the Bhutanese for all levels of economic trades and exchanges. 1 BTN is equivalent to 1000 cents and cents are called as Chhertum.

The Notes of Bhutan Currency

The Currency Notes acceptable in Bhutan are BTN 1, BTN 5, BTN 10, BTN 20, BTN 50, BTN 100, BTN 500 and BTN 1000. Something related to the Bhutanese culture is imprinted on the currency notes. There are also Dzong Architecture printed on the Notes. For Example, In the BTN 1000 note, the front side has a picture of the 5th King of Bhutan, King Jigme Khesar Namgyel Wangchuck and in the backside, you can see an image of a dzong.

The Coins of Bhutan Currency

The Coings which are available in Bhutan are BTN 0.20, BTN 0.25, BTN 0.5, BTN 1, BTN 5 and BTN 10. The coins or “Chhetrum” are not widely used by the locals as they use notes on a larger basis. Just like the Notes, every coin carries its own identity representing Bhutanese culture and tradition. For instance, the BTN 0.20 coins have a man working in the field imprinted on one side and on the other side, the Bhutan Emblem is printed with the value of the coin. In the same way, you can find the goldfishes of good fortune and double diamond thunderbolt imprinted on the two sides of the BTN 0.25 coin. Other than the BTN 0.2 coin, All the other coins have letters “Royal Government of Bhutan” engraved on them. Meanwhile, the BTN 0.2 coin has “Food for All” imprinted on it.

India and Bhutan have been having a strong diplomatic relationship for a very long time. Due to which and the fact that Bhutan is a smaller nation without major exports and 40% of the country economy comes from India in exchange for hydroelectric power, the Indian Rupees are widely accepted in Bhutan and exchange value of 1 Rupee = 1 Ngultrum is present.
However, Notes of higher values such as INR 500, INR 1000 or INR 2000 are not accepted in Bhutan. So, it is better to use the official currency for higher-value transactions in Bhutan.

The exchange rate for the Bhutan currency is on the same track with that of India’s. The currency value depends on several factors such as the demand and supply of Bhutan currency, foreign currency, international trade, etc.

The rate of 1 BTN in terms of American Dollars has increased considerably in the recent time. During the 1990s, the Bhutan currency value for 1 USD was BTN 26. But as of today, 1 USD is equivalent to BTN 75 approximately. Similarly, the Bhutanese value for 1 Euro is around BTN 85 as of today.

Several currencies around the world like US Dollar, Pound, Euro, Swiss Franc, Hong Kong Dollar, Canadian Dollar, Japanese Yen, Singapore Dollar and Australian Dollar can be exchanged at Bhutan. The best and obvious places for the currency exchange is the exchange desk of Paro International Airport. In the case of US Dollars, USD 100 notes are easier to exchange and save a considerable amount of time too. However, They accept other currencies as well.

Missed to exchange it at the Airport? Need not worry as there are many bank branches in Paro and Thimphu where you can exchange currencies. There are also some hotels in both these cities that facilitate currency exchange. The challenge will only arise in smaller local towns where there aren’t many branches of the bank that allows you to exchange currencies. It is important that you exchange the necessary amount of currency in the above-suggested places before you embark your journey in the scintillating country of Bhutan.

Usage of Credit Cards and ATMs in Bhutan

Bhutan is present at the Himalayan zone and it does not have very advanced services like ATMs and Bank services in most of the towns. Credit cards and cheques aren’t accepted by most of the shopkeepers. However, they widely accept cash in Bhutan. Only Hotels, Resorts and really fancy handicrafts showrooms accept credit cards. Limited amount of ATM services are present in the major economic centres like Paro and Thimphu. Sometimes, the vendors also accept the Indian Rupees but have a check beforehand.

Facts About Currency Exchange in Bhutan

Prices of the necessities in Bhutan

These are the prices of a few essentials,

Voila! You have mastered on how to spend your money to explore the land of the Thunder Dragon. It’s about time you start planning you won voyage to the land of Bhutan. Make your dream of conquering majestic landscapes by plotting a trip to Bhutan with Pickyourtrail. Also, Check out all the travel stuff from all over the world with our blogs and keep yourself updated in the travel world by following our Instagram Page.

Unwrap the world with Pickyourtrail! 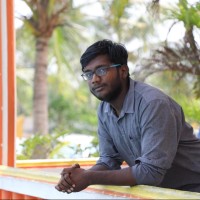 A Customer Happiness executive at Pickyourtrail who is passionate about sharing his knowledge on travel beyond helping the travellers have an awesome trip!

Things to know about Haa Valley in Bhutan and a must-visit place in 2021!

Top 10 Things To Buy In Bhutan

Bhutan In October- A must visit for all reason and season

Monasteries in Bhutan – Finding Solace in the Divine monasteries

Hill Stations in Bhutan for a postcard-perfect vacation!

An ultimate travel guide to Bhutan, the Land of the Thunder Dragon