Home » Top Holiday Destinations » United Kingdom Travel Blog » Things to do in Weston-super-Mare: Your guide to planning the perfect trip

Things to do in Weston-super-Mare: Your guide to planning the perfect trip 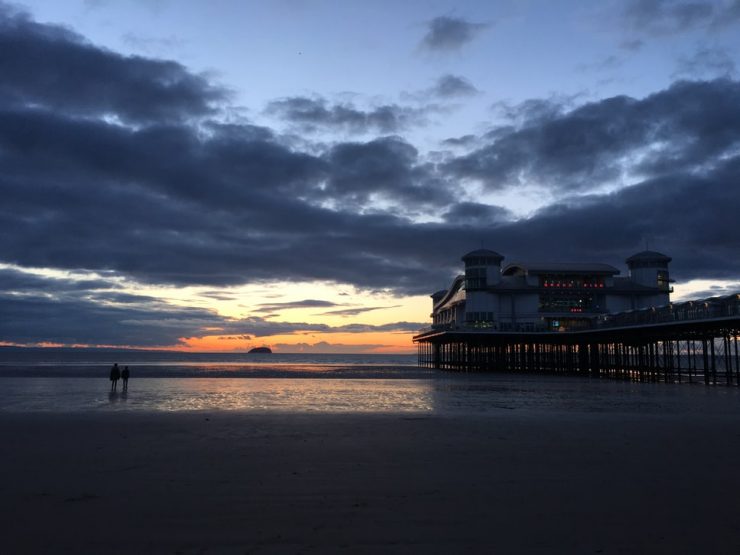 Weston-super-Mare is a seaside resort in Somerset, England, and is sometimes known as Weston. This is part of North Somerset Unitary Authority. It sits between Worlebury Hill and Bleadon Hill in the Bristol Channel 18 miles south-west of Bristol. This includes the Oldmixon, West Wick and Worle districts. There are a ton of things to do in Weston-super-Mare.

In the practical meaning Weston-on-Sea, Weston-super-Mare developed into a leading Victorian resort from a group of farming villages. The region has some of the best beaches in the world, including Brean Beach, which is one of the longest in Europe thanks to its broad tidal range which sees the Irish Sea cover over a mile of sand and mudflats.

Also read: These Best Things to Do in Luton are a must-visit on your next trip

Bristol Airport is just 15 miles from Weston-super-Mare, which ensures you can hit the airport gate in just a few hours from your accommodation. The journey takes about 20-25 minutes by car or taxi and about 40 minutes from Alexandra Parade via an hourly direct bus service. Bristol Airport is one of the ten largest airports in the UK and routinely receives almost 10 million passengers travelling from a variety of airlines including EasyJet, Ryanair and TUI Travels per year.

Weston-super-Mare Train Station may only be a fairly small station with two lines, but it is a well-connected transport centre with daily connections to Paddington, Birmingham, Cardiff Central and Taunton, Somerset. Located just south of the city centre and fewer than 500 meters from our Weston-super-Mare Seafront hotel, the station has a local ticket office, ticket machines and toilets.

Also read: Awesome things To Do In Hatfield on your trip to England

Things to do in Weston-super-Mare

Shopping is one of the best things to do in Weston-super-Mare. The Sovereign Shopping Center is the largest shopping outlet in the area, in the heart of Weston-super-Mare and a quick walk from the coastline. The new shopping centre is host to more than 30 brands including JD Sports, Marks & Spencer, and the Body Store, as well as a number of cafes and food and beverages. Weston-super-Mare High Street is a massive pedestrianized neighbourhood with a diverse variety of shops including small department stores like Walker & Ling alongside high street icons like H Samuel, Burtons and Boots. There are many cafés worth searching out on High Street like The Coffee House and Cafe # 1, and plenty of restaurants and bars down on Oxford Road.

During the year, several activities take place on Weston-super-Mare beach and seafront, including the Pro Nationals, Weston Beach Dash, Weston-super-Mare Air Festival, and music festivals and events that, in the past, included T4 On The Beach, Corona SunSets and South-West Live. In addition to the sand and sea, Weston-super-Mare beach has many typical seaside jobs to offer: donkey trips, children’s trips, the Grand Pier, The Bay Cafe, situated at the once-famous Tropicana Lido that was host to Banksy’s Dismaland show during the summer of 2015, attracting thousands of national and foreign tourists to the area. Weston has plenty of options for teacups, popular fish & chips on the seaside, candy floss, doughnuts and ice cream. And plenty of shops and pubs serving a range of foreign food on the seafront and in the city centre-only a five-minute stroll from the seafront. There are also lots of beachfront shops offering postcards, kites, buckets and spades all well situated along the cool, tidy promenade. The city council maintains the beach safe, up to full-service local services.

The Grand Pier is a leisure pier in Weston-super-Mare, North Somerset, situated about 18 miles (29 km) southwest of Bristol, on the Bristol Channel. The pier, which opened in 1904, is one of the town’s two main piers, along with Birnbeck Pier, which closed in 1994 and is derelicted. It houses 600 tons of iron[1] and is 366 meters wide (1,201 ft). Research on the building of the pier started on 7 November 1903, with P. As an architect, Munroe launched on June 11, 1904. At the end of the pier was a 2,000-seat theatre used as a concert hall and for opera, stage plays, and ballet. On 16 May 1907, a 500 yard (1.500 ft) expansion of the pier was completed with the goal of utilizing the pier as a landing place for Cardiff boats. Nevertheless, the harmful tides in the bay made things too complicated, and the expansion has been dismantled.

Established in the late 1990s and covering 27 hectares, the Bleadon Levels Nature Reserve offers a variety of predominantly wetland ecosystems for wildlife including saltmarsh and tidal stream habitat, as well as grasslands, reed beds and open freshwater lagoons. The saltmarsh, named a controlled retreat, is a field which is granted back to nature. Since the development of a modern sea barrier wall, the old one was demolished, allowing for the creation of specialist salt-loving plants at high tides of saltwater. The marsh is an essential part of flood protection which reduces the power of high tides coming in during storms. This is one of the top things to do in Weston-super-Mare for nature buffs.

Located in the medieval heart of England’s smallest region, the Wells Cathedral was founded between 1175 and 1490 and was described as “the most beautiful of English cathedrals.” Wells is the first English cathedral to gothic-style design. The new structure is a significant architectural site in the South West of England, has an international reputation and is highly valued for stuff to do in Wells and in Somerset on TripAdvisor. Every year, the Wells Cathedral receives thousands of tourists who join in with routine daily services and activities or who simply come to appreciate the peace and warmth of this magnificent and sacred city. This is one of the top things to do in Weston-super-Mare for heritage lovers

Weston falls for the western tun or village from the Anglo-Saxon; super mare is Latin for “broad water” and has been applied to differentiate it from the several other settlements called Weston in the Diocese of Bath and Wells. With the list of things to do in Weston-super-Mare in hand, having the support of a travel guide would certainly be useful for you. Plan your trip the help of reputed travel agency Pickyourtrail. Log on to www.Pickyourtrail.com and with the help of your expert guides start planning your trip or check out the preset packages. Alternatively, leave a Whatsapp inquiry for more options.