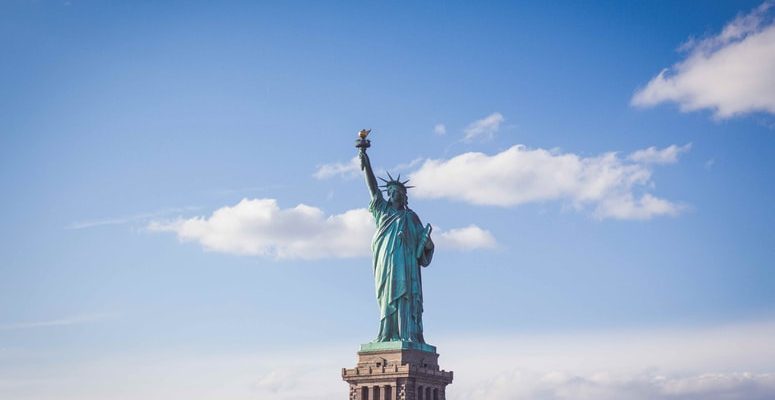 Unsaid Truths about the Statue of Liberty

Home to almost 8 million people and a large linguistic diversity, the City of New York makes for a must-visit when you plan your vacation to the United States of America. New York exists in all its pride and rightly so, as the United Nations is headquartered in the city. When you think of New York, the first image that pops up in your head is the Statue of Liberty located on Liberty Island. The Statue stands majestic on the Hudson River and close to 4 million people visit it annually. It is a UNESCO protected World Heritage Site.

It is widely known that the statue was a gift from the French to the United States in the year 1886 on the culmination of the centennial celebration. Reports have it that the statue was transported as many different pieces and took almost 4 months to reach Ellis Island (erstwhile name of the Liberty Island). Read on to find out more about some of the unsaid truths about the Statue of Liberty.

It wasn’t exactly a gift!

Yes, you read that right. Although the brain behind the Statue of Liberty was the French Sculptor Frederic Auguste Bartholdi, it is said that most of the money that was raised to build the statue was from the American Public. The Sculptor was inspired by the art of building statues in Egypt and had initially thought of giving it away to the Egyptian Government on the inauguration of the Suez Canal.

The Liberty Island on which the Statue of Liberty is located is in fact a very deserted place to look at without the crowd that you see today. Bartholdi’s wish was to make this place nothing short of a party zone with a casino and probably some music. Bartholdi’s passion for sculpting was so deep that he even dreamed of building parks fully lined with statues in France. For close to 6 months after the Grand Inauguration, the population of New York eventually lost interest and the place was abandoned. It was until much later that people started flocking the place and it has now become one of the most visited attractions in the world.

The Sculptor had initially wanted the Statue of Liberty to be made up of gold but his team had to settle with copper as the material due to lack of funds. Close to the 1920s, almost 30 years after the Statue was built, the statue started to change colour from brown to a bluish-green hue due to the process of patination. Interestingly, the unique colour of the statue is widely spoken about and appreciated today.

The irony of women’s rights

Although the ‘Lady Liberty’ held up a torch symbolising one of the key aspects of the American Constitution today, the irony of the situation at that time was that women in the United States were still fighting for their right to vote. But it was almost 30 years later that women finally got the right to vote.

For the tremendous amount of effort that Mr Bartholdi had put in and the struggle he went through to acquire funds for sculpting, do show some love to the Statue of Liberty when you plan your vacation to the United States. Hope you enjoyed reading this article as much as I enjoyed writing it. Speaking of vacations, do you have your U.S.A itinerary planned out yet? If not, we at Pickyourtrail would love to help you with the same. Log onto pickyourtrail.com for further details and have a look at some of our best travel packages right here!

Things to see in Chichen Itza: A must visit and must do

11 Best Things To Do On Your Trip To North Georgia: A Must Do

Theme parks in Chicago – Your Kids Can Have It All

Will the Upcoming Epic Universe be the Biggest Ever Theme Park by Universal Orlando?

#Friendship Day: Time for an All-friends Summer Vacation to the United States!

Confessions of a digital nomad – Is the nomad lifestyle for you?

In the words of Jennifer Lee, "Be fearless in the pursuit of what sets your soul on fire." If writing is a skill, travel is the language. Passion does the balancing act and my writings strive to convey just that!