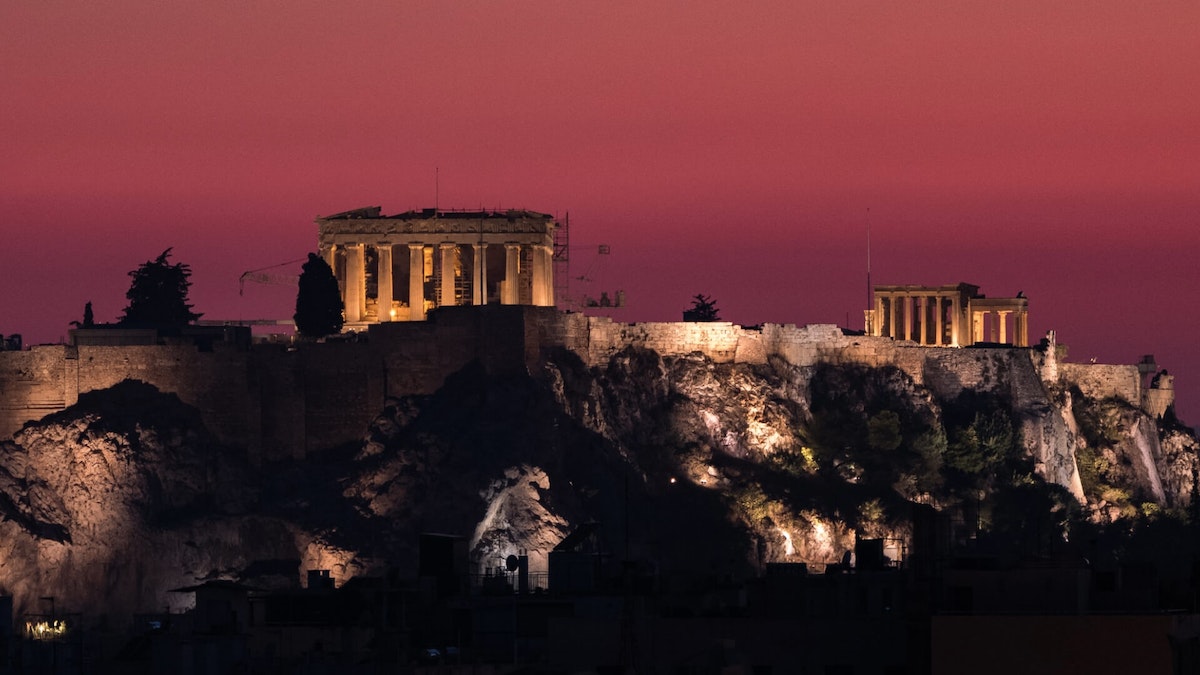 With Greece being one of the most sought-after vacation destinations in the world, one could say Athens holds the throne in Greece. Located in the central region of Greece, Athens is the capital city and the largest city in Greece. Spanning the regions of Atticus, the oldest known city in the world, it goes without saying that Athens holds History, mythology, and a touch of modernism in itself. According to ancient myths, Athena, the goddess of wisdom, and Poseidon, the God of the sea fought for the patronage of the city. Ultimately Athenia won after she offered the city its first domesticated olive tree. Ancient Athens was a powerful city-state and served as a cradle for art, learning, and philosophy. While the city has risen from its ancient past and moved on into the western world, Athens has still beautifully preserved its heritage over the years for others to enjoy. So get ready to pack up your bags and hop on for this journey, where this city will leave you in awe of itself. Embrace yourself as we lead you into the beauty that an Athens tour package will offer.

Places to Visit in Athens

Any Athens Greece travel package is incomplete without the name Acropolis written on it. Standing as a symbol of democracy and Greek civilization, the Acropolis is the first place to visit in Athens. The high hill of Acropolis houses the ancient temple of Parthenon, classic antiquity dating back to 447 BC. The Parthenon acted as a safe citadel in the city acting as an important factor in the religious and military point of view. Considered a marvelous architectural design, the Parthenon is home to several authentic Greek sculptures that will leave you in awe of their heritage. To enjoy a beautiful view of the Acropolis, head to the Apostolou Pavlou into a rooftop restaurant to enjoy the view paired with awesome Greek food.

On a hot afternoon, choose the Acropolis museum and take a stroll into the world of the high points in Greek art. Housing the findings of only the Acropolis archeology, the Acropolis museum is one of the most important museums in the world. Built to house every artifact found in the Acropolis and its surrounding slopes, this museum holds valuables from the Bronze Greek, Byzantine, and Roman periods. With the whole museum as an embodiment of light and movement, several beautiful prospects of Greek architecture stand out and shine. Encompassing three levels of showcasing valuable archeological excavation findings, a fourth-floor is a place for tourists to relax with coffee and stroll around gift shops. The top Parthenon gallery offers a spectacular panoramic view of the Acropolis and the beautiful city of Athens. Purchase a skip-the-line ticket in the museum with your Athens trip package to avoid the huge queue and save some time.

Standing proud 277 meters above sea level, Mount Lycabettus is one of the most attractive summits in Greece. A challenging climb during the summers, many prefer to take a one-way trip on the cliff railway providing amusement to tourists. Mount Lycabettus is a cretaceous limestone hill acting as the highest point in central Athens. With beautiful pine trees crowding around its base, this hill is a beautiful sight to catch during sunsets. Head for a hike on the hill around sunset to enjoy the panoramic view of lights in the Acropolis and the sea surrounding Athens. With a bustling cafe at the peak there’s a hope for good food after your day spent in this hustling hill area.

The Olympian temple of Zeus or the Olympieion, is a temple built over centuries starting in 174BCE only to be completed in 131 CE by the Roman Emperor Harian. With upscaling long pillars showcasing perfect craftsmanship, this beautiful temple is a visionary awe. An extraordinary tranquil ancient ruin surrounded with trees and shrubs, the Olympieion is a sanctuary for its visitors. Spent over 6 centuries in making, this ancient ruin will make you hold your breath and look at it only to find it fascinating in new ways.

The Pláka neighbourhood is a picturesque neighbourhood located in the shadows of the Acropolis. The Pláka is a must see name on the itinerary of your Athens vacation package. Lovingly named as the ‘Neighbourhood of Gods’, for its quiet and tranquil personality, the Pláka is a well renowned spot by tourists to hang out. Filled with colorful buildings with flowers crawling upon, this neighbourhood would be a getaway from your day of visiting the ancient ruins in Athens. Today filled with tourist shops, cafes and restaurants the Pláka is a beautiful place to hang in Athens during your vacation in Greece. So pick up a book and head to the local cafe for a little time during the vacation.

Greece is well known for its warm Mediterranean weather among tourists. With the temperature soaring up to 30 degrees right from March to September, these prime months attract a ton of tourists.
With the heat being mild through the months of March to June, these months would be the perfect period to plan your vacation if you’re looking at ways to avoid the sun. Despite the fares and crowd being high in this season, Greek summers have an extra tourist charm. Even though the tourism rate is high from July to September the fares do fall down by a dime. Hence for an affordable trip, July to September should be your go-to choice as the ticket fares and hotel fares are bound to come down. For honeymoons, young couples often pick up an Athens Santorini honeymoon package and enjoy a beautiful romantic vacation in early summers along the seaside with a mild sun tan.

The most important part of planning a vacation is the ability to incorporate your own ideas into the already available tour packages. At Pickyourtrail, we make it a point to give you a personalised experience during the planning process. With your ideas and our experience, we tailor a power-packed vacation that is no-fail for fun. So for an Athens Greece travel package, just give us a call to plan a fun vacation in Athens, Mykonos, and Santorini. Let’s get together and plan a vacation for you! We offer Athens Mykonos and Santorini vacation packages just for you to be able to explore Greece at its fullest while enjoying a hassle free vacation.

What is Athens most famous for?

Athens, the capital city of Greece is quite famous for its powerful Greek heritage. With the Acropolis and temples of the Greek Gods, Athens stands as a city of early westernization. With numerous tourist attractions in the city, Athens is well known for its historical sites and museums. With the islands of Santorinini and Mykonos scattered nearby, an Athens Santorini Mykonos package would be ideal, allowing you to explore Athens and the islands of Greece.

How far is Athens from Santorini?

Located at a distance of 236kms from Athens, Santorini island can be visited by both the ferry and air services.

How to get from Athens to Santorini?

Both ferry and airplane services are available to reach Santorini from Athens. With the ferry ride taking about 8 hours, an airplane would be the most preferred choice for tourists. So make sure your Athens and Santorini holiday package includes a domestic airplane ticket.

What language is spoken in Athens?

A huge percentage of the Greek population speaks their native language Greek. Even though Macedonian is also predominantly spoken in Greece, Greek is their official local language.

What are the must-see things in Athens?

With a lot of historical architecture in the city, make sure your Greece holiday package includes the Acropolis, Parthenon, the Acropolis museum, Mount Lycabettus, the temple of the Olympian Zeus, and the Ancient Agora of Athens.

How many days in Athens is ideal for exploration?

With a lot of tourists asking this question, we’ve found that a period of 4 to 5 days in your Athens Greece vacation package would be ideal to explore Athens. To visit the main attractions in the city for 4 days would be perfect and to take a break, keep a safe one day in between.

What to buy in Athens Greece?

With Greece being well known for olives and ouzo, you can place a safe bet on these during your shopping spree to take back home.

Where to shop in Athens?

Ermou street, the buzzing commercial street in Athens just below the Syntagma square, is filled with a variety of shops for you to explore.

The Best Ever Luxurious 10 Nights Greece Holiday Package from India