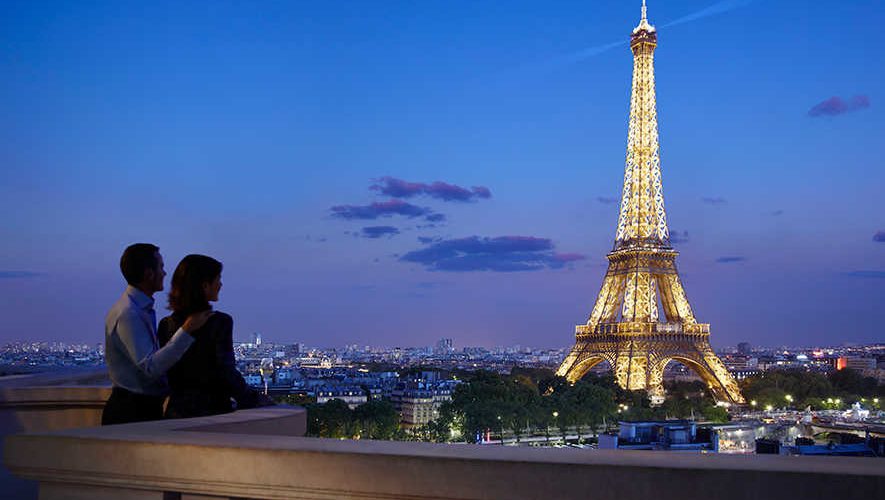 Paris – it is the city of Love, the city that Ernest Hemingway loved with all his heart and the city that all the hopeless romantics want to visit at least once in their lifetime. This city, located on the bank of the Seine River has a mysterious pull that encaptures all the people in love, which is why a Paris honeymoon is on the cards for every newly married couple. No matter how far it seems, Pickyourtrail helps you get across the city of love!

Without further ado, here’s a list of best places to visit on your honeymoon in Paris!

Best honeymoon destinations to visit in Paris beyond the Eiffel Tower

Are you and your spouse huge history buffs? Does your interest lie in exploring artifacts, relics and things with a rich past? Well, then Paris is the place for you to be.

On the left side of the Seine and opposite the Louvre, you will find the beautiful architectural masterpiece called Musee d’Orsay. Interestingly, the Musee d’Orsay was initially Gare d’Orsay, a railway station. But when the trains got too long for the short platforms, it was used for different purposes – as a parking space, a theatre location and even a place to hold prisoners of war. After opening to the public in July 1986, the place houses French paintings, photos, artefacts and furniture. Since it is my favourite, I should mention that two of Van Gogh’s paintings, the “Church at Auvers” and the “Starry Night Over the Rhône” are also part of the museum collection.

The Musee du Louvre is a place with a glorious past which was originally constructed in the 12th century by Philip II to shield the city from Viking attacks. Parts of this original structure still remains intact in the crypts of the museum. Over the years the structure was renovated and transformed into a French Renaissance style public gallery to display the royal collections. For the history buff in you and your partner, there is no place in Paris better than the Louvre, the biggest museum in the world.

A magnificent 400 feet tall cathedral which is considered the finest example of French-Gothic architecture. Victor Hugo in his book “The Hunchback of Notre Dame” described the cathedral looked back when it was built and also compared it to what it looked like before the French Revolution. After the book went viral (as you’d call it now), his readers came to Paris to see the place and were appalled to see just how bad of shape it was and soon it started to become a stain on Paris’ reputation. To save Paris from further shame, the king sanctioned the then king sanctioned complete renovation and we got the Notre Dame that we have today was born.

Ever watched The Night at the Museum: The Battle of Smithsonian? Remember that part where the “Thinker” flexes his muscles? Yeah, that statue, called “The Thinker” was sculpted by Auguste Rodin. The Musée Rodin is dedicated to Auguste Rodin, who is also famous for other popular structures like “The Gates of Hell”, “The Man With The Broken Nose” and “The Kiss”. The former home of the sculptor is now preserved as part of the museum.

Hold up guys, there are a few more places in Paris that will make the history buff in you rejoice.
The Musée de l’Orangerie
The Cité des Sciences et de l’Industrie
The Petit Palais
The Musée du Quai Branly
The Muséum National d’Histoire Naturelle
Les Invalides-Musée de l’Armée
The Musée Grévin

When you ask someone about food in France, you get the obvious reply “Ohh yes, wine and cheese.” But Paris is so much more than simple wine and cheese. Paris is a place where not just people and art, but food too, converge to form a cosmopolitan city full of colour and pomp. It is said that in Paris, people live to eat, not eat to live.

Owing to its popularity, getting a table in this place is hard but it’s worth a visit and hence prior reservations are highly recommended. The Wizards in Bertrand Grébaut’s kitchen keep the menu simple; just three ingredients describing each dish, but the taste is heavenly

The Bouillon Racine was initially built in 1906 to feed the market workers. This soup-kitchen, which kept its ceramic tiles and mirrored walls is famous for its age-old recipe of cooking pork. Don’t forget to try the scallops and shrimps with lobster coulis and finish your meal with a traditional sherbet.  Just so that the children don’t miss out on the delicacies, they have a separate children’s menu too.

This small bistro is inconspicuously tucked away in the streets of Paris. You need to plan your reservations way ahead. If you’ve run out of luck at this place, head to the Frenchie Bar à Vins in the neighbourhood where there is no formal reservation process, you just need to write your name on the sheet of paper strung outside and wait for your name to be called. Sounds fun, doesn’t it?

Here is another whacky themed restaurant to check out!

A restaurant serving Cantonese and French fusion cuisine like fried squid with sweet-potato noodles. No doubt the taste is going to give your taste buds a fresh burst of flavours. People are usually advised to make reservations at least 2 months beforehand and yes, it’s totally worth it

Dory said “Keep Swimming”. But in Paris, you need to keep walking.

What is it about the French converting old buildings into something utterly new and breathtaking? The La Coulée Verte is one such change. After the steam engine from Bastille and Vincennes whistled for the last time and the rail line closed forever here, Bastille was converted into today’s Opera House and the 5 km long rail lines became La Coulée Verte, also known as the Promenade Plantée. The trail is mostly made up of elevated gardens and walking and cycling tracks. You can walk along the Promenade you a new perspective of the city. Catch a glimpse of the city life and take a break to wash down your sandwiches with sparkling water from Paris’s first public sparkling water fountain.

Often mistaken as a tourist loop, Parc des Buttes-Chaumont is actually a wonderful place to visit. The park is set high up in Belleville which was once a village that provided Paris with fruits and wine. The Buttes-Chaumont was built upon the site of the limestone quarry of this former village. This park was opened during the Napolean times and still has it’s beautiful long paths, waterfalls, and temples. This is open until midnight, allowing couples to go on late night romantic walks after dinner.

Though this one is not your conventional walking, it’s still perfect for honeymooners. The city of Paris is completely built upon the river Seine. Just like the city, the River is also a synonym for romance. You can either stroll along the banks of the river and grab something to eat from the restaurants or cafes nearby or you can go for one of the famous Seine cruises.

Currently the home to the French Senate, it was created in 1611 by Marie de’ Medici, the widow of Henry IV in her residential quarters. The 23 hectares is completely filled with shady promenades, lawns, flowerbeds and beautiful picnic spots. The famous Medici fountain is also part of the Jardin du Luxembourg. It was constructed in 1620, and with heavy Italian influence on the architecture.

This brings an end to the list but one question that must be hovering above your head is why there is no mention of the iconic Eiffel Tower? I’ll tell you why. Because here, at Pickyourtrail, that’s not what we do. Choose from Pickyourtrail’s honeymoon tour package to see the difference.

Top 10 Attractions in Winnipeg – Get ready for an amazing vacation in Winnipeg!

Top 10 Attractions in Stockholm(Sweden)- Visit the Venice of North

The Most Captivating Honeymoon Destinations in New Zealand

Top honeymoon spots in Philippines for all love birds out there!

See and experience royalty at the Taj Lake Palace Udaipur