Get Great Deals On Your Maldives Trip. Up to 30% OFF!

Taman Ayun Temple in the Island of Gods

The Taman Ayun Temple also known as the Royal Temple or the Mother Temple of the Mengwi Kingdom is the second largest temple in the Island of Gods. Established in Tabanan, a small village in the city of Denpasar, this temple is one of the six royal temples in Bali. Locally Taman Ayun translates as Garden Temple in water as the temple holds amazing traditional architectural details as well as beautiful gardens within the premises with a wide variety of flowers and fish ponds covered with lotus abundantly.

For antiquarians, this place is a must-visit as it comprises sophisticated architectural designs with Chinese architectural inspirations. The temple is surrounded by markets which have souvenirs and historical collection. The temple has gone through a number of restoration works and has still retained the beautiful architectural designs of the Balinese heritage. As per the Balinese calendar, the temple celebrates its anniversary on Kliwon Tuesday of Wuku Medangsia. It is one of the two water temples in Bali among 20,000 temples. The temple visit can also be combined with the Manusa Yadnya museum where visitors can learn a lot about the Balinese rituals and rites of passage.

Established in the 17th century by the first Mengwi king Tjokerda Sakti Blambangan the temple has a mix of various architectural designs and underwent a restoration project in the 19th century.

The temple’s towering tiers are a gesture of reverence to the defied noble ancestors of the Mengwi Royal family. The temple was built as a symbol of unity between the king and the Mengwi people. The temple was built for the people of Mengwi for them to worship God and avoid long travel to other famous temples like Besakih ‘mother temple’ in Karangasem, Batukaru Temple in Tabanan, or Batur Temple in Kintamani.

The Taman Ayun Temple’s complex features include four main different divisions, each with its significance. The outer division is called Jaba and is accessible only through a single entrance connected by a bridge. This second entrance called the Bale Pengubengan contains the sculptures of the Nine Gods guarding the nine points of the compass Dewata Nawa Sanga. A small guardian shrine is located right after the entrance and towards the right is a large hall for gatherings – walitan. Luhring Purnama temples are other temples found towards the eastern side of the temple while towards the western side lies tall wooden bell towers called Bale Kulkul with two huge bells at the top of the tower. The fourth entrance is referred to as the Utama Mandala and is the most sacred of all. The ornate central gate is opened only during festivals and ceremonies.

According to Balinese Hinduism, the temple’s three grounds represent the three cosmological levels namely: the man’s world, the realm of gods and deities, and therefore the topmost divine level. The Balinese ancient scriptures describe that the architectural representation of the Taman Ayun temple denotes the mythological story of Mount Mahameru churning of the sea of milk and hence the formation of the three cosmological forms.

The fenced pools and ponds used to be canoed using small canoes by the palace maids and served as a recreational centre. Mesmerized by the temple’s art and culture the UNESCO has awarded the world cultural tourism site in 2012. The Mother Temple of the Mengwi symbolizes both the art and culture of Bali with spectacular scenic views and this place is one of the most visited across the wide variety of Bali temples.

How to Get to Taman Ayun Temple

Taman Ayun Temple is easily accessible and lies on the main road in the strategic area beside the major roadway between Denpasar to Singaraja.
It’s about 1.5 hours drive from Denpasar, Kuta, or Seminyak area whereas from the Ubud region it’s about a 45 mins drive. There is no public transportation to Taman Ayun Temple, so we recommend you to rent a car with a driver.

The Taman Ayun temple is at its best during the Balinese festivals and New Year and is open all year round. Travel from January to March can be avoided to skip Bali’s monsoon.

Anytime between 8:00 am to 6:00 pm all over the week serves the best to visit the Taman Ayun Temple.

Taman Ayun Temple is a must-visit for tourists visiting Bali as it is the only cultural heritage place that offers tourists to explore history, culture and nature bound peace in one place. The south Bali not just holds beaches and water sport adventures but also this UNESCO historical heritage site. 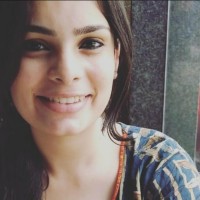 Cottages in Bali – A happy travel!

Homestays in Bali: A Budget-friendly Vacation!

Boutique Hotels in Bali – A perfect guide for a romantic getaway!

3-Star Hotels in Bali – Perfect Guide for a Budget Travel!