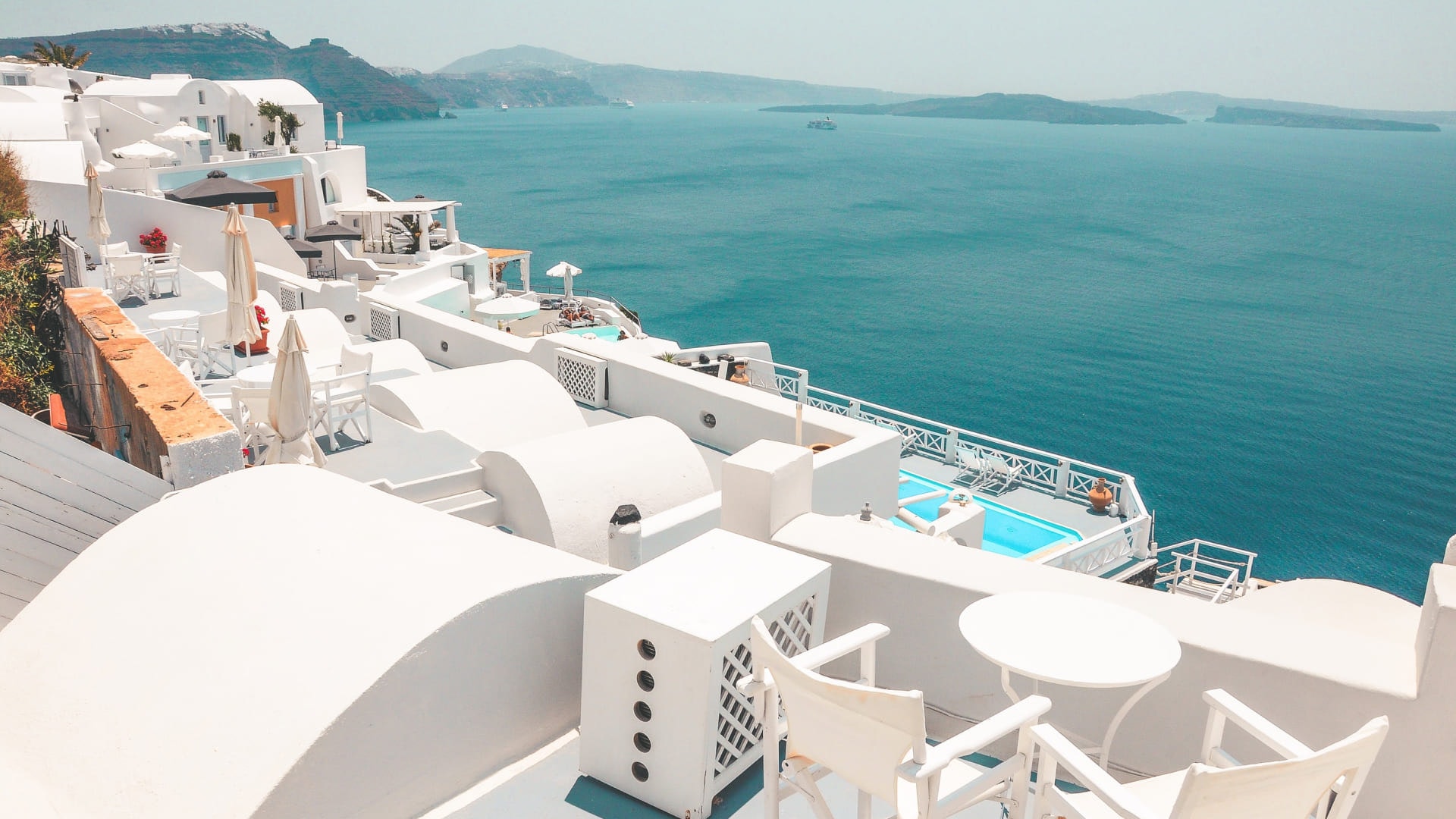 Greece is best known for its natural beauty and fascinating culture. It is home to some of the most noteworthy historical sites, and over 6000 islands. One can spend several days exploring the archaeological marvels, cliffs that tumble into sparkling blue waters, and just so much more. From the capital of Athens to islands like Santorini, there is no dearth of places worth checking out in the fascinating land that is Greece. If you are looking for Italy and Greece vacation packages in 2022, then we suggest you check out Pickyourtrail. Pickyourtrail has an exhaustive list of travel packages. So, choose one that best suits your needs.

Similarly, Italy is another fan-favourite when it comes to European travel destinations. Italy is rich in history, art, food, music, architecture, culture, and so much more. One can visit interesting attractions like temples in Sicily to soaring Dolomite mountains. Needless to say, Italy is one destination that should not be missed out on a European tour. We suggest that you hop online ASAP and start hunting out for your travel packages to Italy and Greece.

Greece and Italy have had a footfall of 7.8 million and 94 million tourists respectively in recent years. With such statistics, it is safe to say that both Italy and Greece are bucket list contenders. This means that both these countries have all the perks that come with visiting a tourist hub. That unfortunately also means deciding where to spend your limited time to maximize experiences and memories. So, to help you with your worries here is a list of places worth including on your Greece and Italy tour packages:-

Resting atop a rocky mound in the heart of relatively modern Athens, Acropolis is nothing lesser than a symbol. A symbol of Athens and Greece, and of Western civilization as well. It is most popular for Parthenon. Other famous attractions here include - the ancient Agora, the Roman Forum, Kerameikos, and much more. We also recommend you check out the Temple of Olympian Zeus, which is essentially a 2.5 KM walking path also referred to as the Archaeological Promenade. The historical city of Athens is a must inclusion in your Greece Italy packages.

Delphi is built upon the lower slopes of Mount Parnassus. Historically, this was a sacred site as pilgrims flocked here to worship Apollo and seek advice from the mystical Oracle. One can assimilate both history and culture here, upon gazing at the ruins. We recommend you check out the numerous temples, the theatre, and a stadium that dates back from the 8th century BC to the 2nd century AD. If you fancy yourself a history buff then you should definitely check out the Delphi Archaeological Museum. The Museum has impressive collections that were discovered on the important sites in the city. This sacred and interesting site deserves a place in your Greece Italy packages from India.

Ah, Santorini! No trip to Greece is complete with this, the most dramatic of Greek Isles. It is most famous for the westward located cliff-top towns of Fira and Oia. One gets the impression that these settlements are hanging over a deep, azure-hued sea-filled caldera. Tourists can expect to be greeted by Cycladic whitewashed buildings all around. Most of these have been turned into unique boutique hotels. There is plenty to do and see at Santorini like - visiting the ancient site of Akrotiri, an ancient Minoan settlement, sunbathing and swimming. The iconic Santorini should definitely be included in your Greece and Italy honeymoon packages.

Mykonos is considered by quite a significant chunk of visiting tourists and population to be Greece’s most glamorous destination. It is a place chock full of chic boutique hotels, classy seafood restaurants, and several live music venues. It is frequented by celebrities as well which is partly the reason behind its glitz and glamour. We recommend you check out attractions like - Paraportiani, the whitewashed church, and the numerous beaches located here. Do consider including this glamorous location in your Italy and Greece vacation packages.

Corfu is located in the Ionian Sea on the west coast off the mainland. The capital - Corfu Town has been recognized as a UNESCO World Heritage site. This status has been achieved due to the classy Italiante architecture seen here courtesy of the Venetian rule that existed here for centuries. There is plenty to see here. We recommend you explore on foot and check out the two 16th-century fortresses and arcaded Liston. We also recommend you check out the popular beach area of Paleokastritsa. Corfu makes for a great inclusion in your Greece and Italy packages from India.

Places to visit in Italy

Rome is best known for its history and functioning as the capital of ancient Europe. To date, it remains one of the most vibrant cities anywhere on the planet. There are plenty of historical sites to take in here, ranging from - the Colosseum to the Vatican. While there is plenty to see and do here, we suggest you take a breather and enjoy the city as well. Tourists can unwind in the Borghese gardens, explore the narrow streets of Trastevere and do so much more. We guarantee you that you will keep wanting to come back for more. This is great as given all that Rome has on offer, no one can cover everything in one trip alone. The fascinating city of Rome should surely be one of the stops in your Italy and Greece trip packages.

Venice is a city that thrives on its waterways and boats. It is not wrong then to say that there is a certain magic to Venice and the major attraction to the tourists is the city in itself. We recommend you check out attractions like - The basilica of St. Mark, Doge’s Palace, the Grand Canal, etc. While you may not plan on it, it is entirely possible to get lost in one of the several narrow passageways here. This is absolutely okay as Venice has postcard scenes awaiting to spring on you around every unsuspecting corner. The iconic city of Venice deserves a place in your Greece Italy tour packages.

Milan may be overlooked as a travel hub, but we recommend you don’t sleep on it on your Europe getaway. After all, Milan has one of the highest concentrations of art and architectural attractions to be seen in the entire country. Additionally, it is also a paradise for design and fashion enthusiasts. The city is home to works of notable luminaries, in various fields. You can find works of Michelangelo, Leonardo da Vinci, and many more over here. We recommend you check out attractions like - II Duomo, La Scala, and much more. Lastly, if fashion is your game then do stroll through the famed Quadrilatero. This fashion and art-centric hub undoubtedly deserves a spot in your Greece and Italy packages.

The Amalfi Peninsula juts sharply into the waters of the Mediterranean, just south of Naples. It forms the southern rim of Naples Bay. We don't kid when we say that it’s hard to imagine a more gorgeous or unlikely setting for the town. One is greeted with stairways as streets, beaches caught in coves of emerald waters, and flower blooms everywhere you turn your head. We recommend you check out attractions like - the Amalfi Drive, the fabled island of Capri, and Sorento while on your trip here. These coastal regions are a good addition to your Greece Italy honeymoon packages.

Mt Vesuvius erupted violently back in AD 79 and engulfed the Roman cities of Pompeii and Herculaneum. The city of Pompeii has since stood frozen in time for more than a millennium under six metres of ash and pumice stone. Excavations were undertaken in the 18th century which lead to the discovery of the settlement with perfectly preserved buildings and public places. A somewhat similar case is seen in the settlement of Herculaneum. However, in its case, the preservation took place due to ash. This in addition to the lava’s flow supported the existing structures. As a result, these structures are preserved in their place to date. One can marvel at the several artifacts like organic materials from the time that were preserved when the disaster struck. All in all, both these places make for an interesting visit.

Peak Season: - The season of summer which lasts from July to August marks the best time to visit Greece. The temperature during these months ranges from 15 to 32°C in the north and between 21 to 33°C in the central and southern regions. These times are perfect to visit destinations like Mykonos, Santorini, Rhodes, etc.
Shoulder Season: - If you are looking for a much more relaxed holiday to Greece, then head to the country during the Spring and Autumn seasons. These seasons last from April to June and September to October respectively. The days are long and the weather is usually mild. Speaking in terms of temperature, the mercury ranges from 5 to 29 degrees Celsius in the North and 11 to 31 degrees Celsius in the Southern and Central regions.

Low Season: - Winter Season is considered the low season in tourism in Greece. The winter season lasts from November to March. The temperatures during this season range from -3 to 15°C, northern Greece can get colder yet with an average between 7 - 20°C. While you can still head to the more well-known islands like Corfu, Rhodes, and Crete during this season, you will not be able to visit the smaller islands. If you don’t mind the relatively colder temperatures, then this still is a great time to visit Greece.

Italy experiences all four seasons cyclically. The northern regions of the country can get colder than the Southern regions. This means that one should expect sub-zero temperatures during the winter seasons up north.
Peak Season - Summers are considered to be the peak season for tourism. Summers are marked by slightly higher temperatures. The temperature during the season can range from 18 to 38 degrees Celsius. This period is marked by hot and humid weather.

Shoulder Season: - Spring is considered to be the first half of the shoulder season in Italy. The temperatures during Spring range from 5-25 degrees Celsius. The weather is generally pleasant and breezy. Autumn is considered to be the second half of the shoulder season. Autumn is marked by lower temperatures. The temperature ranges from 8 to 28 degrees Celcius during this season. The weather is pleasant and rainy.

Low Season: - Winters are considered to be the low season for tourism in Italy. Winters bring with them a drop in mercury levels. The temperature ranges from -5 to 15 degrees Celsius. The weather is dry and cold.

If you are looking for stellar deals on Greece Italy honeymoon packages, then look no further than Pickyoutrail. Pickyourtrail is among the leading travel websites in the market. We offer extensively customisable packages to a variety of destinations all around the world. Our packages are fully inclusive so that you don’t have to worry about any aspect of your travel, be it accommodation, engagements, or even food. We also best in class customer support via our expert travel guides. So, what are you waiting for? Stop twiddling your thumbs and hop online to book your dream Greece Italy honeymoon package from Pickyourtrail. We wish you happy travels.