10 must-see cities to visit in France for Indian families 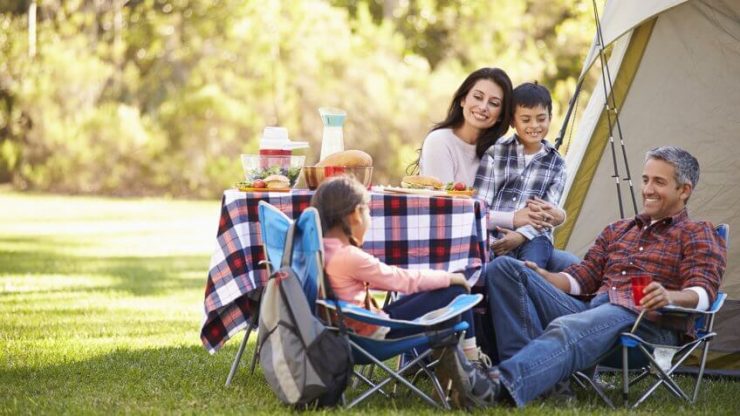 Indians love travelling. While we may not have always been a community of voyagers, the great Indian dream surely consists of heading over to America and France, too. This is for all families that want to finally make that dream come true! Here’s a tip off  – a list of all cities to visit in France, and not just the usual lot.

Glamourous France escapade for the fashionistas

Starting off with an extremely well-known city, Paris is almost everyone’s dream. We’ve all watch many Bollywood and Kollywood movies that have featured Paris and shown it in such a beautiful way it’s always somewhere in our hearts that we should visit the city. Click here for some food suggestions you might like. While you are at it, discover the best of Paris!

Located in the north-western part of the country, Mont Saint-Michel is not exactly a city, but more of an island, which has held strategic fortifications since the 8th century. With a population of less than a hundred, Mont Saint-Michel is the perfect place to observe nature through the sea and landscape that surround the island. Take a leisurely hike up the grande rue and enjoy the crêpes at Crêperie La Sirène.

Giverny is a commune 80 km west and north of Paris. The settlement has existed since Neolithic Times and is most famous for being the location of Painter Claude Monet’s home and garden. Do visit them and you can see the actual lilies from his paintings.

Saint-Tropez is a town 100 km west of Nice. Though a small seaside fishing village and military stronghold almost throughout World War II, today, it is one of the world’s most famous seaside resorts well known for its frequent celebrity sightings. Though St. Tropez has plenty of the conventional tourist spots like art galleries, parks, and restaurants, locals, and people who frequent the place say that the best thing there, hands down is taking a walk along the coast.

Antibes is a Mediterranian resort in south-eastern France between Cannes and Nice. Archaeological reports have shown that civilization has existed there since the Stone Age, but according to history, the Roman Empire has highly influenced the construction and lifestyle of Antibes. This is apparent through the Roman age and style buildings that are still preserved. Don’t miss the Musée Picasso, which was a residential place in the 13th and 14th century. Now a historic building, it houses the works of Picasso from when he lived on the Côte d’Azur.

Versailles is one of the most beautiful creations on earth. The gardens and the Palace of Versaille is a sight that demands awe and it is an easy 40-minute train ride from Paris. Moreover, it was not only the de facto capital of the Kingdom of France but also a current world UNESCO heritage site. Apart from the usual garden and palace of Versailles, make sure that you visit the Hall of Mirrors, which served as a meeting place and the connecting passageway between the King’s and Queen’s Chambers. 350 mirrors beautifully reflect the gilded and arcaded windows, creating an unforgettable spectacle.

Lourdes is a small market town which is famous for its fortified castle and its supernatural appearance of the Blessed Virgin Mary. The castle was of high strategic importance as it was built at the entrance to the seven valleys of the Lavedan. A Roman stronghold in the ancient times, today, it houses the  Musée Pyrénéen, a place where local artefacts and folk arts are displayed.

Fontainebleau, which is surrounded by the Forest of Fontainebleau provides excellent hiking and rock climbing opportunities. The town itself developed around a magnificent château, and today provides a varies eating and drinking scene, thanks to the international graduate business school INSEAD.

Famous for its  Château de Chambord, Chambord is a commune in central France. The  Château is one of the best-known structures in France because of it’s distinct French Renaissance style and rich history. Initially, it was the hunting grounds of the counts of Blois. It was rebuilt under Francis I and completed renovation under Henry II. It then served as residential palaces for many monarchs including Louis XIV. Click here to get a real-life experience of the Château.

The first time I personally heard about Corsica, I read about it in the Asterix comics. After I did a little digging, I found out that this was one of the cities in France that is famous for being the birthplace of Napolean Bonaparte. Located southeast off the French mainland, Corsica is one of the 18 regions of France which enjoys a greater degree of autonomy than other French regions. Moreover, over half of the region is covered with a single chain of mountains. While you’re there, don’t miss the ancestral home of Napolean Bonaparte, Maison Bonaparte, is today used as a museum.

Find your Hidden Treasure – Shopping in the Flea Markets of Paris

Experience the Unique Charm of the ‘Parisian Covered Passages’

Paris- The City of Lights?

The Royal Gardens In Paris

Discover Paris in a Day—With the Paris Transport Card