Best Things to Do in Hobart, Australia: What Makes Hobart Worth Visiting? 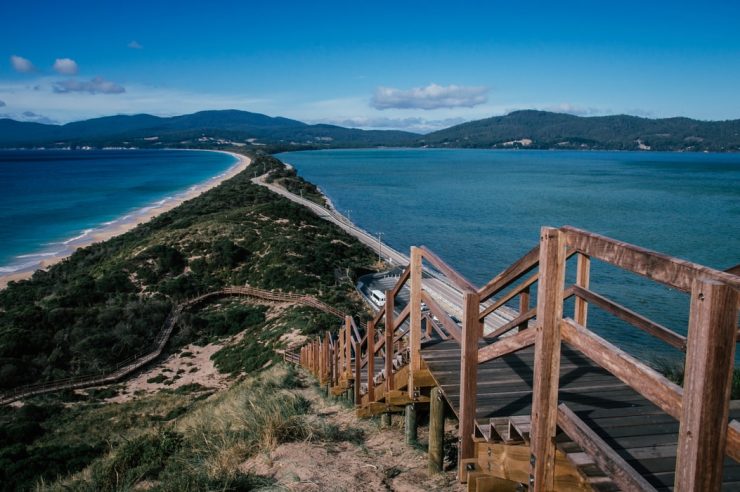 Tasmania’s state capital is the second oldest in Australia. It started life at the beginning of the 19th century as a penal colony. Hobart holds some of the oldest institutions in Australia. You can find older architecture around the older neighbourhoods like battery point and the harbour. You will always be greeted with the backdrop of the view of the peak of Mount Wellington anywhere you go which is what makes Hobart so special. Why do you think it should be worth a visit? Find out the best things to do in Hobart, Australia below.

Best Things to Do in Hobart, Australia

Mount Wellington rises 1,271 metres just a few kilometres inland from the city. It is a prominent part of Hobart’s skyline as much as any skyscraper. Hence, it is the top of the list best things to do in Hobart, Australia. The peak and slopes are preserved by the 18,000-hectare Wellington Park. Furthermore, you get to see Derwent River, Bruny Island and Tasmania’s South West Wilderness all in one breathtaking view.

Royal Tasmanian Botanical Gardens is Australia’s second oldest botanical gardens. Although It was planted more than 200 years ago, the mix of distinct specimens and waterfront area make this attraction crucial in Hobart.

Every Saturday from 08:30 to 15:00 more than 300 stalls arranged Salamanca Place for one of Tasmania’s most famous spectacles. The diversity of the craftspeople, artisans and producers who sell here along with the Mount Wellington in the background makes the market special. Hence, it is known as Australia’s best market and one of the best things to do in Hobart, Australia. Fresh local produce, collectables, art, handmade jewellery and a range of other arts and crafts can be found here. Furthermore, you can buy all of the best farmers market items here.

Sullivan’s cove still serves as the city’s main dock area. Above all, it is Hobart’s first permanent European settlement. It is a nice place to wander along and to look at the yachts and ships of all sizes docked around. Hobart’s many attractions, art galleries and delicious restaurants can be found around the area. All of its 19th-century architecture and design is still preserved till date. Above all, this is the best to be to enjoy seafood delicacies like oysters and fish.

The museum draws on the $110m set of David Walsh who is the colourful professional gambler who owns this estate. He took the place of a museum of antiquities that began in 2001. At one storey high, MONA looks pretty modest from the outside, but the interior collapses into the ground on three levels that are etched into the side of cliffs in a network of galleries. However, the best part of the experience is the architecture and use of technology in the museum.

Mount Nelson lookout is 8km outside of CBD. Although it is always compared to Mount Wellington, Mount Nelson has its own charm. Highly recommended as a picnic spot with a lot of restaurant options around. Additionally, you could also go on a hike into the Trugani Reserve, 130 hectares of protected natural bushland. One looping trail follows the course of Cartwright Creek into woods scattered with wildflowers and populated by wildlife like the endangered swift parrot.

Cascade Brewery is claimed to be the oldest brewery in Australia. It is set on a beautiful estate on the foothills of Mount Wellington. Cascade Brewery makes all Australian drinks like lagers, a draught beer, pale ale, a stout and a blonde beer, as well as a mixture of seasonal beers. Furthermore, these are all created utilising hops and barley grown in Tasmania and water from a mountain stream. Cascade Pale Ale is formally Australia’ longest continuously brewed beer, recording back to 1832. Although, Cascade Premium Light is the nation’s bestselling light beer. The tours last for 90 minutes where you learn about the process and ingredients of brewing.

St David’s Park is the first cemetery and burial ground for at least 900 people in Hobart. On a walk, you can scan those headstones, which bear the names and particulars of the island’s earliest European settlers, and scan through the temple-like bandstand. The lions flanking the entrance were formed in 1884 and rebuilt and moved here in 1888 to note Australia’s Bicentenary. The park can be easily located as it on the west end of Salamanca Place.

Past the Derwent Estuary is an island that stands out for its unique natural charm and the excellent quality of its produce. Hence, it makes sense that a round journey to Bruny Island should combine sightseeing with exceptional food. On short guided walks you’ll get the opportunity to sink your toes in the chilly Tasman Sea, and spot wildlife like echidnas, a wealth of seabirds and white wallabies, as well as occasional wildflowers. The journey will make frequent stops so you can try regional chocolate, cheese, honey, cider, fudge and more. Furthermore, at lunch, you can choose from ocean-fresh fish or beef or lamb raised on the island. The trip includes You’ll head to grand vantage spots at Adventure Bay, The Neck Lookout and Cape Bruny.
At the latter, you can take a trip of Cape Bruny Lighthouse, the second-oldest surviving lighthouse column in Australia.

In conclusion, Hobart is filled with a diverse number of things to do and adds a whole new spectrum of experiences to your Australia trip. What are you waiting for now? Australia is calling! Get packing and book one of  PickyourTrail‘s Australia tour packages and find out the best-suited package for you. Drop a Whatsapp inquiry for more options or to connect with a destination expert.