Home » Top Holiday Destinations » Australia Travel Blog » Things to do in Launceston, Australia in 2021 with your loved ones!

Things to do in Launceston, Australia in 2021 with your loved ones! 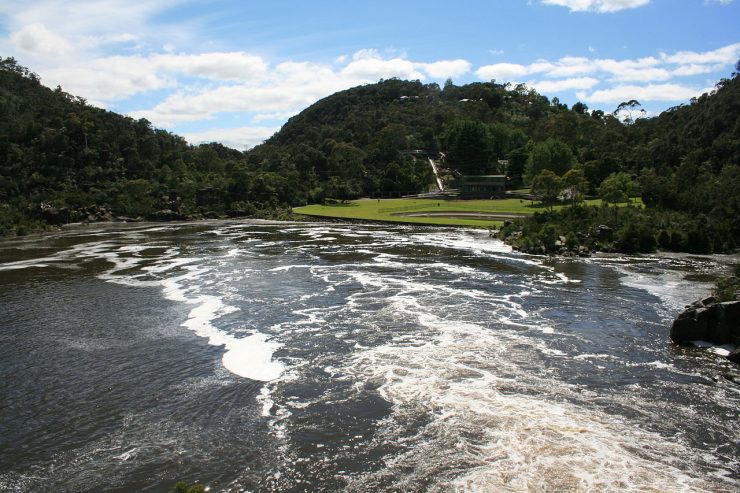 Tasmania’s northern second city is at the top of the long Tamar River bay. Launceston has a few things people do not come across very often, like an awesome river gorge a stone’s throw from the central business district, and a city park with an island inhabited by macaques. The Cataract Gorge can be crossed via a record-breaking chairlift, while around the city there is a lot of design harking back to Launceston’s early 19th-century origins. Launceston can also be a place to get out into Tasmania’s fabled wilderness, cruising along the Tamar River or travelling to the iconic Cradle Mountain. Below are the top 10 things to do in Launceston, Australia!

Also read: Best Things to Do in Hobart, Australia: What Makes Hobart Worth Visiting?

10 things to do in Launceston

The 10 things to do in Launceston handpicked from our end has been listed down for your easy reference.

Topping the list of 10 things to do in Launceston is the Cataract Gorge. Not many cities can say they have got a grand gorge only 15 minutes on foot from their central business district. The first European known to have fallen upon the Cataract Gorge was early settler William Collins in 1804. Nowadays, this fully operated tourist attraction features a swimming pool, chairlift, funicular railway, scenic suspension bridge and many more. Walking through bushland, you can view the gorge’s rocky walls and the arena-like bowl of the First Basin from walking tracks and scenic lookouts. On top, you will come to the old Duck Reach Power Station, which has been turned into an interpretation centre for this one-of-a-kind place.

Worthy of its own section is the gorge’s chairlift it is officially the longest single-span chairlift in the world. Opened in 1972 with a length of 457 metres, and that record-breaking span is 308 metres, unbroken by columns. You will also get spellbinding views of the gorge, South Esk River and the First Basin, with its wooded bowl of hills. The ride also speeds you through the gorge’s magical landscaped parkland, overflowing with tree rhododendrons and ferns. The chairlift goes slow to give you all the time you need to collect memories from this place.

Launceston houses the largest museum in Australia. This has two places – one at the Royal Park Art Gallery from 1891, and the industry-oriented railway workshop from the 1870s at Inveresk. Here, you can analyse art and objects from the colonial era, as well as modern design. You can view an enthralling display of a complete Chinese temple, built in the 1880s by migrant tin miners and replete with artefacts relating to the Chinese community that moved to northeast Tasmania for work. The Inveresk site displays the contents of Australia’s oldest merchant shipwreck, dinosaur fossils, historic aircraft and many more. Furthermore, history-lovers must have this museum in their list of 10 things to do in Launceston.

This Launceston brewery was established in 1881 by James Boag 1, a Scottish immigrant who had arrived in Australia some 30 years before. The last Boag working in the business stopped as recently as 1976. It is a big employer in Launceston which produces upwards of 8,00,00,000 litres yearly. As for its beers, Boag Draught has been made since the 1880s, a few other more recent varieties and a host of limited editions and Tasmanian specific brews. You can choose any tour to explore the place and set off from the James Boag Brewery Experience, housed in the old Lake Dog Hotel from 1826. On the 90-minute adventure, you will discover beer’s journey and get to taste three labels from Boag’s range.

As of 2020 Launceston’s main city park has been around in some style for 200 years. This was initially a botanical garden for the Launceston Horticultural Society, before being taken over by the city council in the 1860s and adopting the old name, People’s Park. The elegant Park Caretakers Cottage, now the HQ for City Park Radio, is a holdover from the early days and has wisteria vines that were planted in 1837.

City Park retains its historic character, with buildings and amenities like the John Hart Conservatory, the bandstand and the intricate cast-iron Jubilee Fountain. The park is bound with themed gardens and even has a “Monkey Island”, with a colony of macaques separated from the public by a moat and glass screen. Do not miss out on this place when you are travelling especially with children. There is no reason for people not to include this in their 10 things to do in Launceston.

Also read: 6 Things to do in Brisbane while travelling with kids

Approximately ten minutes from the car park at Cataract Gorge, you will come to this impressive suspension bridge first completed in 1904. The bridge is 67 metres long and strengthened by two steel towers on either side of the gorge. First bridge was washed away by floods in 1929 then rebuilt in 1955 and retooled in 2004 to celebrate its anniversary. There are information boards conveying the bridge’s history. Walking the span, there is an excellent view along the gorge and over the First Basin to the north. The way is small, but wide enough for two people to pass side-by-side, though you may notice some swaying.

On the edge of town, Launceston is honoured with an urban wetland ecosystem made up of islands, lagoons and mudflats. This is a key environment for many species of birds, amphibians, mammals, reptiles and invertebrates. Among the 60 different birds listed at the wetlands are several duck species, swans, cormorants, swamp harriers, egrets, as well as migrants from the northern hemisphere like the common greenshank. There is an analysis centre detailing the site’s sensitive ecology and cultural history. From this place, you can set off along the boardwalk where there is also a bird hide for some bird-spotting.

The only historic house museum in Launceston is this convict-built Georgian house, now cared for by the Tasmanian National Trust. Commissioned by the brewer, innkeeper and former convict Britton Jones in 1838, later became a school for boys post-expansion. An impressive Ionic porch greets you at the entrance. You can see the interior, filled with period furniture and decorative arts. It is famous for its wide use of imported Australian red cedar.

A simple but rewarding journey from Launceston, Lilydale Falls is on the Second River in the countryside to the north of the city. There are actually two waterfalls in the reserve, falling into mossy, fern-wreathed pools and accessed through stairs and viewing platforms. The lower waterfall is the taller of the pair, at just shy of ten metres, while a path will lead you up to the second one, at around five metres tall. Both continue to flow in years with low rainfall, and are also made more picturesque by their rich wooded surroundings.

Last in the list of 10 things to do in Launceston is “The National Automobile Museum of Tasmania”. It was first opened in 1987 by famous racing car engineer Geoff Smedley and his partner Sylvia. From an E-Type Jaguar to a whole fleet of motorcycles, the museum’s collection traverses more than a century. It also accompanies each exhibit with a helpful informative plaque.