Home » Must Do » Four inspirational travel stories that will make you tear up!

Four inspirational travel stories that will make you tear up! 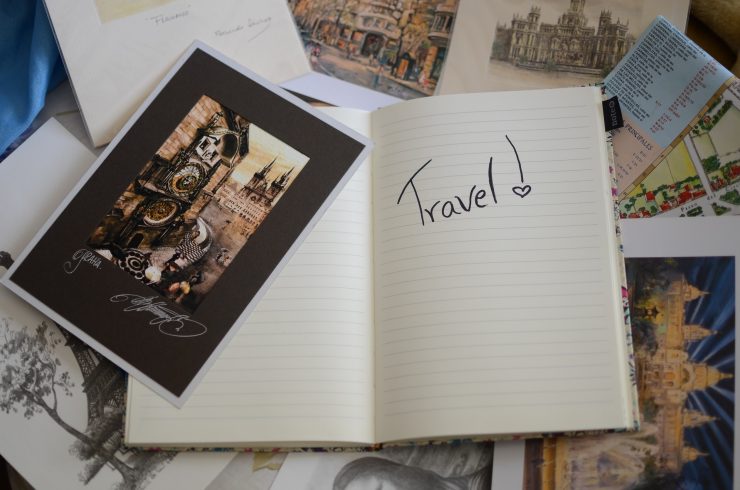 Travel writer Paul Theroux once said, “There are three basic rules of travelling. Travel on the ground. Travel alone when possible. Keep notes. That’s it.”

We decided to take a peek into the notes that people take of the countries they’ve travelled to. Notes of first impressions. Notes on culture and customs. Notes on just how different things are in a different country. We’ve captured some such surprisingly pleasant first impressions from travellers to different destinations, as they have related on Quora. Read on to see if you relate to any of these inspirational travel stories.

The warmest ever welcome – A German tale

When Girish Paliwal visited Germany for a business visit, he was probably expecting a cold and businesslike culture, much as Germans are often painted to be. But here’s an incident that stays with him forever and made out Germany to be a warm and welcoming country.

I landed at Hamburg via Frankfurt and was trying to take a luggage trolley at the airport. It needed a 1 Euro coin to release it and I did not happen to have one. Seeing me in a desperate hurry, an old couple smiled at me and gave me the coin. I tried giving him a 10 Euro note, but he politely declined and said, “Consider this as a gift from us on behalf of the city. Welcome to Hamburg and wish you good luck.” I gratefully accepted and gave him a ‘5 rupee Indian coin’ and said “Sir, a small gift from India”. I moved on but his welcome was overwhelming. I was to be further surprised it would seem. As I went on to catch the last train to my destination, the ticket counter was closed and the machine wouldn’t accept a bigger note. A young girl saw my situation and took me to the platform of the train. She explained to the ticket checker about my problem in German and he nodded at me. The girl asked me to quickly get into the train and wished me just as the old couple did.

Since then Girish has travelled many more times to Germany. But his first trip and meeting two such wonderful people in one day, in a strange place fills him with an all-pervading warmth even today.

South Korea may bring to mind Buddhist temples and its high tech capital Seoul. It may bring to mind it’s military-minded neighbour, North Korea too. But here’s something that showed a different side of the country. If Girish’s German story above awed you, then you should read about his South Korean experience. This incident happened during his first visit to the country, on business with his colleague.

We were waiting at Incheon airport for our flight to Busan, when we were approached by a young girl. She asked us to present our boarding pass and offered us a frequent flyer membership. We accepted and she took us to a desk in a deserted part of the airport. I was a bit apprehensive of the whole thing, considering this was my first time in the country, but filled in the form she gave me. She filled up a form and took my boarding pass again and in a minute presented a card that looked like a credit card. It was a frequent flyer card that in less than two minutes! The same card would have taken me months with any other airline! The efficiency and politeness of the people amazed me to no extent.

The wow factor continued at Busan airport. We were out of the flight and at the baggage collection conveyor in a few minutes, probably a little later than other passengers. We were taken aback when our flight number was not on the screen, nor was our baggage on the conveyor belt! Worried, we headed to the enquiry counter where a young girl pointed us in the direction of our bags, neatly placed by a counter. We were curious as to why our flight number wasn’t on screen. The girl looked perplexed and answered that it was. ‘Since you hadn’t collected, we moved the baggage.’

Hints of the speed, efficiency of the country and its people again hit Girish like a wave, but he did not miss out the warmth in the country.

Japan as a destination is held in awe by most travellers, with their customs being something of a mystery to most. When Pramod Sharma and his group of friends went to Japan, they came back with an emotion towards the country that was a mix of awe, surprise and gratitude. Here’s his story, and some learnings as well!

We were a group of 7 people looking for a restaurant that was traditionally Japanese. They found themselves on a street with restaurants on either side and chose the first one that served Japanese vegetarian food. We found though that the place was very contemporary and not really in traditional Japanese style. We asked the manager for his recommendation of a more authentic place and guess what he did! He walked with us to the restaurant that suited our taste! We were awestruck at his graciousness that despite him losing business, he took the effort to make us feel at home in Japan. It doesn’t stop here. We had a wonderful meal served in the other restaurant by an elderly lady and we decided to leave her a tip for her warmth and great food. She helped us gather our things and walked us politely out. We got a little further when we heard her shouting and running after us. She had come to return her tip!

When in Japan, expect smiles and more

Jaspreet Kaur and her mother were visiting Tokyo. They loved the country. A simple incident made them love Japan even more.

We got off a bus and were waiting to cross the road to get to our hotel, when it suddenly started to rain. We weren’t carrying umbrellas, but figured that we were okay as our hotel was just across road. An older gentleman approached us speaking in Japanese. When he realised we didn’t understand, he offered us his umbrella in sign language. I thanked him but said we were ok. As the signal turned to ‘walking’ he held the umbrella towards us and made sure my mom and I were fully covered under it while he was out. He crossed the road with us in the rain, opened the door to our hotel and let us in. We thanked him with big smiles on our face. He smiled back and got back to the other side of the road and continued walking in the other direction. That’s Japan for me… the most wonderful people I have ever met!!

There is something deep about first impressions. It holds good with not just people but places and countries, too. How many times have you started to go abroad with a notion in your head about the country you are visiting? Only to be pleasantly surprised to see a totally different culture or people. One reason why we at Pickyourtrail tell people to ‘Stop touring, Start travelling’. Because one’s destination is never about a place, it is always a new way of seeing things.