Home » Must Do » June is coming fellas – Ultimate places to visit in June for a gala time!

June is coming fellas – Ultimate places to visit in June for a gala time! 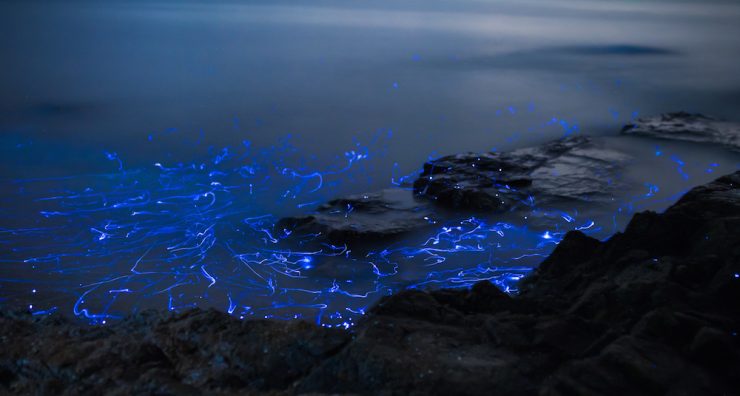 June is like the hammer to the travelling Thors and is known as the shoulder month for almost everything and anything. You have Sri Lanka inviting you to celebrate its cultural beauty, wonder countries of Europe – Italy, Greece and Hungary waiting to enthrall you with historical attractions, beaches, lagoons and coral reefs line along the African coast lingering to be partied on . June, on the whole, is perfect to get some quality travelling done. Below listed are the places to visit in June which guarantee a happy break!

Let’s say you have an option to fly into a paradise near the Maldives which will dazzle you with its looks and also keep you in a serene mode constantly. Does the name Andaman pop into your head? Well, it did for us! Take some time out on the sandy beaches which are blessed with the mangroves along the Indian Ocean. The Radhanagar Beach is a delight to be in the Havelock Island, not to forget the mind-blowing Bioluminescence effect on new moon nights. Also, test your snorkeling and scuba diving skills at North Bay & Elephant Beach and later embark on the banana boat ride at Port Blair. Be it a sun-tanning session or sipping the ever delicious coconut water whilst you are comfortably lying on your hammock enjoying the seaside view – the Andaman Islands is one of the top places to visit in June!

Koggala is a coastal town in Srilanka, mainly known for adventure sports and sports activities like snorkeling and scuba diving. Adding more grandeur to this country is the Galle Fort – UNESCO World Heritage site, built in 1588 by the Portuguese. This site is now under the management of the Sri Lanka Archaeology Department. History buffs should make their way to the Martin Wickramasinghe Folk Museum which was home to a former writer who had his interests on the island’s culture and history.

Literature lovers! Attention, please! Featuring the largest metropolis of North America, Edmonton is definitely one of the top places to visit in June. Asking why? Well, the all-time famous Freewill Shakespeare Festival commences in mid-June and goes on till mid of July where you can witness “Hamlet” and “Comedy of Errors.” plays. You can find the roads filled with parades, speakers playing celebration music, art, food, beer shops opened all day long, art, food and much more! If you are also into fancy hotels and good food, pay a visit to the Fantasyland Hotel where you’ll feel as if you’ve been transported to Africa or Polynesia given the quirky touch the interior decors flash.

How epic would it be if there’s going to be a Mediterranean island which is drenched in Italy’s and France’s culture? Thinking which destination we are talking about? Corsica it is! Striking an amazing balance between the south – which is majorly dominated by Porto-Vecchio’s yachts and designer shops and the north which boasts of charming bays and LIT towns – the crowd will be less at the prime areas of Corsica in June. You can pay a visit to Maison Bonaparte which is the birthplace of Napoleon Bonaparte. Later, enjoy the company of nature and birds at Scandola Nature reserve- A UNESCO World Heritage Site. You can also check out the Italian and Corsican artworks at Palais Fesch Musée des Beaux-Arts museum.

Known for tasty honey syrups and olive oil, Solta – a hilly island in Croatia is a popular destination and one of the top places to be visited in June. Be it the sandy shores, calm bays or the sparkling beach, the island has the best of all worlds. You can get some physical activity like boating, hiking and swimming done in the island waters. The road connecting Maslinica and Stomarka can be tried on for bike trips. The Vela Straza- highest point of Solta is known for hiking trails. If you are into architecture, visit Grohote where stone buildings are famous.

Interesting read: Top things to do in Croatia

Biker and road trip addict’s paradise – County Kerry, is located on the peninsular region overlooking the Atlantic Ocean’s coastline. One of Ireland’s best places to check out, the Dingle Peninsula and Dingle town features scenic traits. The Dingle arena is so charming that it has featured in many films the top ones being – “Ryan’s Daughter” (1970) and “Far and Away” (1992). You can also check out the County Kerry’s Killarney National Park which has a dosage of lakes, forests, waterfalls and tall trees.

Now that you are aware of what beauty the month of June beholds for the above-listed places, all that’s left for you is to plan a trip with us! What are you waiting for?

Magic Around The World

Bora Bora vs Maldives for honeymoon – Your perfect paradise

#Unlock3.0: How & Where Will India Travel Post-COVID? All Details Inside