These Scintillating Places To Visit In Pushkar are a must visit 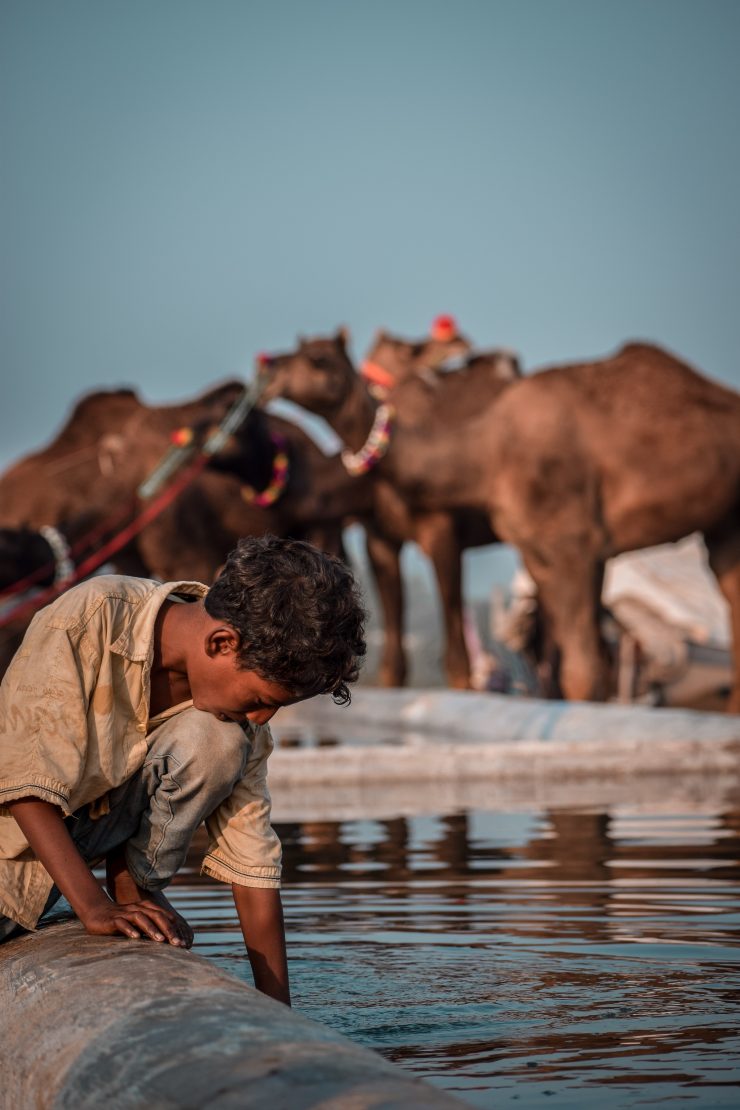 Pushkar is a city in the northeastern Indian state of Rajasthan, bordering the Thar Desert. It is set on Pushkar Lake, a sacred Hindu site where pilgrims bathe with 52 ghats (stone staircases). Pushkar isn’t an unknown name, from religious sights to quirky cafes; in Pushkar, there’s an abundance of tourist spots with hopeful surprises in every corner. Lined up in the colourful streets, the small shops are full of joy, vibrancy, culture and warmth. Puskar is that corner of India where people get astonished by all they see.

Surrounded by over fifty bathing ghats, this lake is set in Rajasthan’s Ajmer district. Legend has it that Lord Brahma sought a place to hold a religious ceremony. He dropped a lotus for guidance. The lotus fell on the site that is now Lake Pushkar. For Hindus, it is a sacred water body and is where the Pushkar Fair takes place. Thousands of pilgrims visit here during the fair to take a holy dip which is said to cleanse sins. The lake is generally full year-round and has different fish varieties. Exotic flora and fauna abound in the surrounding regions. During certain seasons numerous migratory birds visit the water body.

Located in the heart of the city, Varaha Temple is one of the most famous of all Pushkar tourist sites. Since Pushkar is the land of glorious dynasties and religious temples, this beautiful temple does its name justice. The Varaha Temple is dedicated to the chief Hindu god, the avatar Varaha of Lord Vishnu who was incarnated in the form of a boar. The temple is superbly built with a remarkable architecture composed of a dome, white walls and pillars. It attracts a lot of Hindu devotees from across the country, because of its religious sanctity.

The Temple of Savitri is one of the most famous places of pilgrimage in Pushkar. As the name suggests this temple is dedicated to Gayatri, Lord Brahma’s distressed wife. To reach this temple one has to reach the Ratnagiri Hilltop by climbing about 200 stairs. One may also take the ropeway’s help to reach the temple, though.

The Temple of Rangji is known for its architecture in South India, such as the high gopuram. It was built under the aegis of Seth Puran Mal Ganeriwal, in 1823, among the region’s newer temples. The grace and poise of this venerable place is unmistakable. It is one of the region’s most popular shrines and annually experiences a steady influx of visitors. Dedicated to Lord Rangii, the temple is one of the few in Pushkar which incorporates architecture from South India. The sacred structure also incorporates Rajput and Mughal architectural styles which make it unique. Being a Vishnu temple, on important occasions, you may see a large gathering of Vishnu devotees.

This beautiful Gurudwara is located in the heart of the town and is one of Pushkar’s most popular places for Sikhs to visit. Two of the Sikh gurus’ named Guru Nanak Dev and Guru Gobind Singh are believed to have rested at this place on their Pushkar visit.

Known for its string mythological connections, one of the most popular places to visit in Pushkar is the historic and beautiful Gayatri Mata Temple. It’s said that his wife Gayatri cursed Lord Brahma when he married an untouchable girl named Savitri during her absence to complete the yajna ceremony.

Among the giant ghats that can be found in Pushkar, the Varah Ghat is a beautiful place known for its glory at night and scintillating lake views. Renowned for the great Aarti ceremony held here every night, visitors can experience the warmth and serenity in the vibrant colours of the sky and the lake along with the hymns and prayers singing.

Pushkar is known as a Ghat land. Of its 52 ghats, the most frequented is the Gau Ghat. It is a gigantic ghat surrounded by the temple of Raj Babra which sets its atmosphere. This ghat is popularly visited for those who are dead to perform the religious rituals, precisely the pind daan ceremony.

One of the most beautiful camel festivals in the country is the Pushkar Camel Fair, also known as Kartik Mela. The festival is a vibrant and colourful 8-day affair that takes place every year in the month of November. Every year, this fair is organized to promote local camel and cattle traders doing business during the holy Kartik Purnima.

Also called Jagatpita Brahma Mandir, this temple is near Lake Pushkar. It is one of the few remaining Brahma temples in the country and is one of the rare places in Pushkar to visit. In the fourteenth century, the place of worship was built. It has a unique architecture, built of marble and stone, along with the majestic red pinnacle. The sacred structure’s bird motif gives a distinctive identity to it. Images of Brahma adorn the sanctum sanctorum within the place of worship. Married men are not permitted to enter the sanctum sanctorum since this place is reserved for ascetics or sanyasis only.

One of the places to visit in Pushkar is the largest royal place of residence in Pushkar, Man Mahal. Located next to Lake Sarovar, the view from here is captivating. You can see the entire expanse of Lake Sarovar and its surrounding areas. It was built as a retreat centre for Raja Man Singh-I, who has visited this place. Now the royal guest house formerly is a public guest house.

There are tons of items you can take home from Pushkar ‘s beautiful markets such as stunning silver jewellery, palaces, bangles, bandhani sarees, mud artefacts and beautiful dupattas. Owing to the proximity they share, people mostly combine Ajmer and Pushkar on one trip but it’s not a bad idea. Log on to www.pickyourtrail.com for more info.

A Trip to Unbelievable Udaipur – 4 nights and 5 days

Top 22 places to visit in Rajasthan

Lalgarh Palace in Bikaner: The Epitome of Opulence