The Topkapi Palace is a must-visit for travellers fascinated by the history of Sultans and Turkish Kings. One of the best places to visit in Istanbul is also the biggest of all popular sites in Istanbul. Built between 1466 and 1478 by the Sultan Mehmet II, the Topkapi Palace rests on top of a hill in a small peninsula. The structure overlooks the Golden Horn to the north, Bosphorus Strait to the northeast, the Sea of Marmara to the south, and some great views of the Asian side too. Before Dolmabahce Palace was built, The Topkapi Palace was the political centre of the Ottoman Empire. The place got its name “Topkapi” which translates to “Gate of Cannons” in Turkish. This depicts the huge cannon placed outside the gate, these were used in the different conquests.

The Palace is also known for the number of people staying within its premises. The Palace is rightly called ” A city within a city”. During festivities, close to 10000 people were known to occupy the Palace. This Palace became the largest in the world with walls that were 3 miles long and a total area of 7,00,000 sq metre originally when the foundation was laid out. Each sultan, during their reign, added structures, a section or a hall, depending on his tastes or the need of the time.

The Museum, also known as Turkish Topkapı Sarayı Müzesi, exhibits an extensive collection of manuscripts and books, the imperial collection of the Ottomon Empire. The Topkapı Palace Museum is notable not only for its collections and architecture but also for the cultural and historical significance it holds with regards to the glory of the Ottomon Empire. The ancient carvings tell stories about ambitious courtiers, lustful sultans, beautiful concubines and eunuchs who lived and worked here between the 15th – the 19th century.

Most people visit The Topkapi Palace for the magnificent views it offers of Istanbul’s cityscape. The city of Istanbul stretches out to as far as the eye can see. The four well-maintained courtyards that decorate the place gives the place a serene feeling.

The Topkapi Palace in the Old City area is open daily between 09:00 – 17:00 except on Tuesdays. During the peak tourist season ( Summer) it has longer opening hours (until 19:00 usually) and depending on the high tourist request, it might be open 7 days a week also. During religious holidays, the museum is closed to visitors in the mornings. The admission to the museum currently costs 100 Turkish Liras for adults. You will be charged extra to visit Harem and Hagia Eirene sections inside the palace. Admission for kids below 8 years is free.

So, are you ready to explore the world of Sultans and Turks, to the magical land of Turkey? What are you waiting for? Write to us at Pickyourtrail, our destination experts crafts itineraries that are best suited to your interests. Also, Check out our Turkey Packages page for some inspiration. 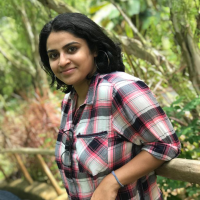 Finland in July – Spend your summer on the streets of the happiest country!

Finland in June – Top destinations to feel the summer vibe

Finland in May – 5 best cities to visit during your stay

Finland in April – A Complete Guide for a Perfect Spring Vacation!

Austria in January – Weather, Top 6 activities to do and Festivals

Germany in February – Have a Fun and Frolic Vacation!

Germany in January: A Complete Guide for Surreal Experiences!