Home » Top Holiday Destinations » Europe Travel Blog » What to See and Do in Azerbaijan: Two-Week Itinerary 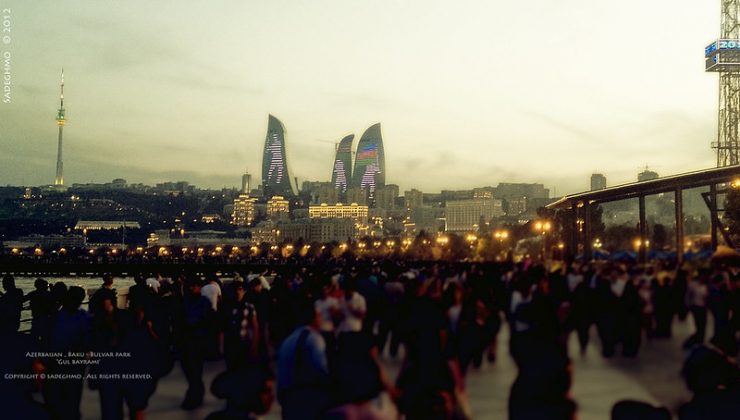 Azerbaijan has always been an exotic allure. Azerbaijan as the name sounds exotic is an off beaten path. Baku, the capital and largest city of Azerbaijan is a modern city steeped in oil money with a recently built subway, fast Wi-Fi, and tons of Parisian-style and futuristic buildings, while the rest of the country is rural with small towns.

Baku is cool and can make for a fun few days, but outside the city, there really isn’t much to do besides hike and wander around villages. You will have to get a visa beforehand, and you can apply online; the cost would be roughly $25. It takes three days to process (if you pay an additional $30, you can get one in three hours). You can stay in the country for up to ten days, but you will have to register with the police and provide an address of where you are staying (you just need one address and you don’t need to stay there the entire visit) beforehand. Most hotels and hostels will help you do this. After registering, you’ll get to spend the full 30 days in the country your visa allows. But you don’t really need 30 days. In fact, even two full weeks would be a bit of a stretch.

Baku was a sleepy little town before the discovery of oil. After oil was discovered in 1846, the city grew. Large boulevards and buildings were built. The city grew well into the early 20th century. Baku is a mix of its ancient core, the surrounding 19th-century Parisian-style neighbourhoods, and the sprawling modern city with its futuristic buildings, expanding outward.

On your first day here, wander around the old city. Visit the Palace of the Shirvanshahs, built in the 15th century which includes a mosque, bathhouse, and mausoleum, as well as the famous Maiden Tower with its great views of the city. Afterwards, go on a free walking tour and then take in the beauty of Azerbaijan Carpet Museum (the country is famous for carpet making) and the National Museum of History, which has a lot of artefacts and a few signs that will give you an understanding of the history of Azerbaijan.

On your second day, wander some more around the city, take another free walking tour, enjoy a cooking class, stroll along the lovely boardwalk along the Caspian Sea. There’s a funicular that goes all the way up if you want to avoid the stairs. Here you’ll also find Martyrs’ Lane, a cemetery and memorial dedicated to those killed in World War II and the Nagorno-Karabakh War.

You can also visit the iconic Flame Towers. Built-in 2012, they are 182 meters (600 feet) tall and covered in LED screens displaying images of dancing flames. One of them is a hotel with a restaurant at the top.

Head out of town for a day trip to the four biggest attractions near Baku which aren’t too far from Baku, and can be done in a day.

First up are the mud volcanoes. Azerbaijan is home to nearly a third of the world’s mud volcanoes, which form when pockets of underground gas force their way to the surface. They’re like geysers, but with mud.

Next are the petroglyphs in Gobustan, home to 6,000 rock paintings that are up to 40,000 years old. The well-preserved sketches display ancient populations, men hunting antelope, and women dancing.

You can then visit Ateshgah, a temple that has been used as a Hindu, Sikh, and Zoroastrian place of worship (now it’s a centre for Zoroastrians). Each room has really detailed panels about the history of the temple, the pilgrims who visited, and the Zoroastrian religion. In the centre of the complex is a flame representing God.

Finally, there is Yanar Dag (“burning mountain”), which is a natural gas fire that blazes continuously on a hillside. Marco Polo once described the land in this area as being on fire because of phenomena like this, but this is the only fire left.

Take a three-hour bus to Lahij in the Caucasus Mountains. On your way, you’ll wind through the mountains, over bridges, and along a road so narrow you’ll feel like you’re going to fall off before you reach the town. Lahij is beautiful, with cobblestone streets, panoramic views of the valley, and old locals. There’s a tiny museum that takes five minutes, and you can ride a horse or shop if you want, but the real reason to visit is to go hiking. There are a lot of trails in the mountains around town, and it’s best to ask your guesthouse or the tourist office for information, as there’s no trail map.

Head to Sheki via public bus, a famous stop on the Silk Road, and see the old caravanserai (inn with a courtyard), which housed traders and merchants back in the day. Built like a castle to protect merchants (high walls, one gate), it dates back to the early 18th century. Now, it’s a restaurant and a hotel. Additionally, there’s a fortress and few churches in the old town fortress down the street from the caravanserai. All in all, you only really need a few hours to see everything in town. Afterwards, go to the Gelersen-Göresen ruins, which are a lot more expensive to visit than those in Lahij and this will provide some incredible views of the surrounding valley.  Overall, you really only need a day for these sights. There’s not much to do, and the attractions aren’t that stellar.

Head to the mountain town of Quba for old mosques, and traditional carpets. There’s a lot of hiking here and you can also visit Tenghi Canyon. You can also stop at Krasnaya Sloboda, the only all-Jewish town outside of Israel.

Once strategically located along the middle of the Silk Road, this dusty, old, not-so-small town now houses several ancient monuments, including a thousand-year-old defence tower, a 13th-century mosque, and a mausoleum. All the attractions are close together, so you can easily see the town in a day. There’s really nothing else worth sticking around for.

Ganja is Azerbaijan’s second-biggest city. There’s an attractive square, some traditional churches, a very odd house made from bottles, and the Tomb of Nizami Ganjavi. It’s a good stopover on the way south.

Go south and visit this sleepy resort town on the Caspian Sea. If you have more time, take a day trip to the Gizil-Agaj State Reserve, which is home to about 250 bird species.

Spend the day heading back to Baku to enjoy a last night in the big city before you head home.

The food in the country is excellent. A mix of Turkish and Mediterranean styles, with lots of rice, chicken, fresh vegetables, and spices. Make sure you gorge on the food in one of the local restaurants to soak into the culture even more.

The landscape is stunning with lush valleys and farmland and the raw beauty of the Caucasus Mountains in the north. Azerbaijan is an easy to get to, affordable, and beautiful destination.  It’s definitely a place you shouldn’t miss, especially if you want something a little exotic and filled with outdoor activities. Check some of the best Azerbaijan holiday packages and book your getaway now with Pickyourtrail.

Suggested Read: These offbeat destinations in Europe are a must-visit in your next trip

Best Cities to Visit in Poland

Planning a trip to Azerbaijan – Know the visa requirements

Exploring the city of Paphos: How to enjoy the best city in Cyprus

The Best Things to Do in Baku, Azerbaijan in 2021

The Contemporary Galleries in Baku – A vibrant Modern Art scene

Places To Visit In Baku On Your Vacation To Azerbaijan