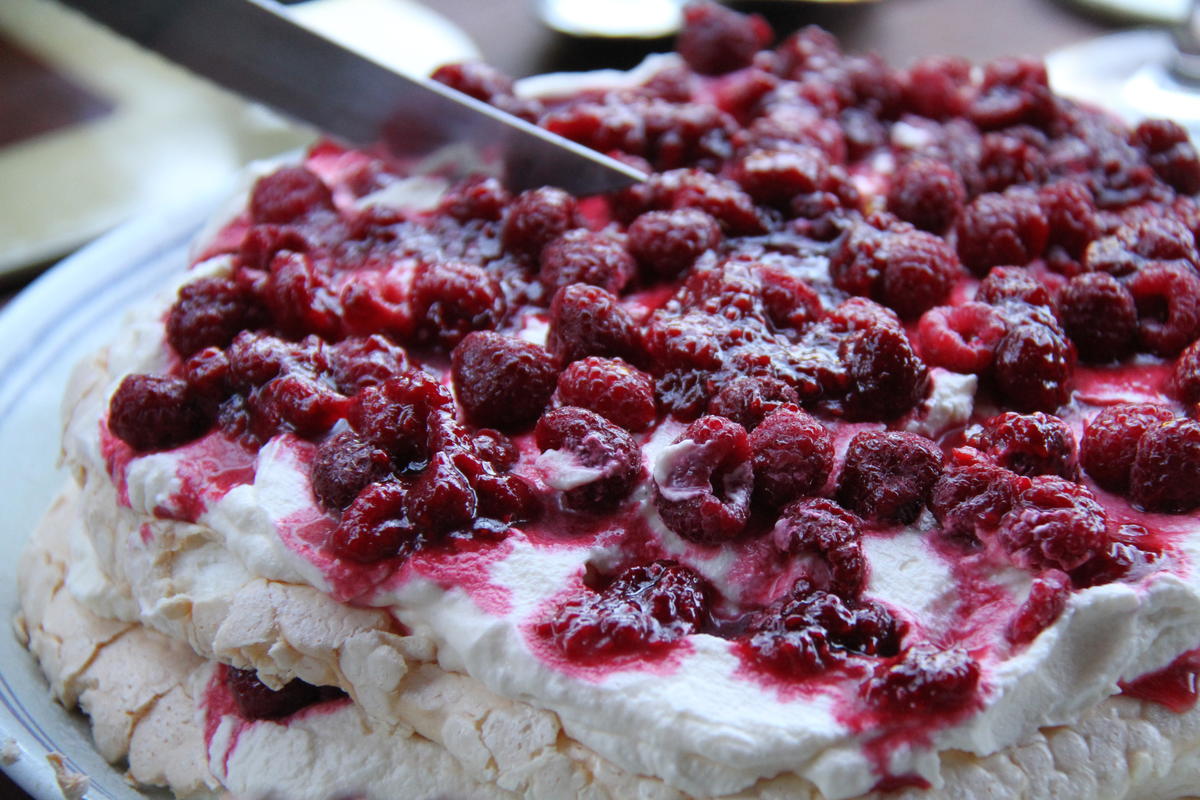 Eat like a local in New Zealand. Confused by the tonnes of food varieties at beck and call? Don’t stand stumped. Instead, pick up this checklist and start ticking off as you sample some delicious New Zealand food – we suggest you binge, but whatever floats your boat – this list of exclusively kiwi foods. When in NZ, eat like a Kiwi.

These are delicious and crispy biscuits topped with – usually – chocolate icing and half walnut. Every Kiwi’s favourite, Afghans are baked by combining butter, sugar, flour, cocoa and cornflakes. Optionally the cornflakes may be replaced with NZ’s weetbix biscuits. The result is a slightly crunchy yet melt-in-mouth afghans. Still unknown is its name’s origin – some claim it was named so as it resembles the mountains of Afghanistan. While cruising through New Zealand’s cuisine, definitely grab some afghans.

Where – Taua’s NZ Bakehouse, Brisbane is one of the best places for Afghans!

A popular meringue based dessert with a crunchy exterior and a marshmallow, gooey centre, the Pavlova is iconic in and outside New Zealand. Usually lathered on top with whipped cream and fresh fruits – with kiwifruit, passionfruit or strawberries; the Pavlova is said to be inspired by the Russian ballerina Anna Pavlova. It also known for being a bone of contention between Australia and New Zealand. Both countries claim to have invented the dish- read about it here. Australian or kiwi, Pavlova is that comfort food you want to come back home to.

Popular for raising funds at charity events, the food received its iconic status for all the fundraising it is responsible for. Essentially barbecued sausages on a single slice of bread covered with grilled onions and sauces of customer’s choice – mustard, tomato or barbecue; sausage sizzles’ iconic status amped when they began to be sold at elections. The sizzles received the moniker “democratic sizzles” as kiwis lined up for a bite while casting their vote. Outside politics, they are popular at schools, sports clubs and supermarkets. Whether you support a cause or not, definitely munch into these sizzles whenever you have the chance.

Where – Oh and the best places to have them at? Johnny Sausage, Christchurch

Imported from Britain, New Zealand’s marmite is manufactured solely by Sanitarium Health Food Company. Produced from the yeast extract – a by-product of beer brewing, marmite is eaten as a savoury spread on toast and biscuits. Prefer gulping some of this down? Try Oxo and Bovril – savoury hot drinks made of hot water and marmite. The New Zealand marmite unlike its salty British counterpart is actually a balance of sweet and salt with a sticky-gooey consistency. Marmite is promoted by the company as “Marmite and Chippie” sandwich – recommending its consumers to spread it on bread, sparingly, with potato chips on top. Yum. Sparingly, we insist. Marmite is, after all, an acquired taste.

Where: Any supermarket will be stocked with this essential. ALWAYS. We kid you not.

Tuatuas are edible species of clams that are found on New Zealand’s three islands. Its tender parts are made into fritters or boiled  and served on the shell. The Maori are known to have been known to incorporate this as a part of their diet for a long time. Today they are available barbequed or served alongside noodles or even steamed and seasoned with herbs, garlic, lime juice and coriander. If seafood is among food you love or want to try out – tuatua seems a great way to get started!

Where: Soul Bar and Bistro, Auckland

It is undeniable that kiwis have an unending love saga with chocolate. Case in point are chocolate fish and pineapple lumps. Chocolate covering on a pink / white marshmallow layer, chocolate fish is conventionally shaped like a fish. They are given as treats to kids in appreciation. With chewy pineapple centre masked by a chocolate flavoured exteriors, pineapple lumps come in bite-sized pieces. Alongside chocolate fish and almost all the other items in the list they are known as kiwiana – a list of uniquely kiwi icons.

Where: Your closest supermarket’s aisles.

As a kiwi, you would have grown eating this on warm summer nights or as an accompaniment to a nice family meal. Or, perhaps, as a cajolement after a visit to your dentist. Relive childhood memories by dunking a scoop up for yourself of this vanilla ice cream dotted with honeycomb toffee for yourself. The word hokey pokey itself was a slang to refer to ice cream.

Where: Grab a tub at the nearest shop or indulge in some in the nearest ice cream parlour – no dearth of them in NZ. More reasons to visit New Zealand? Right here!

Let us escort you, now, to the ideal way of heading over to New Zealand trip. PickYourTrail headed right your way – test drive for yourself!

The Most Captivating Honeymoon Destinations in New Zealand