Home » Travelogues » Scintillating Surprises At Sri Lanka With My Husband

Scintillating Surprises At Sri Lanka With My Husband 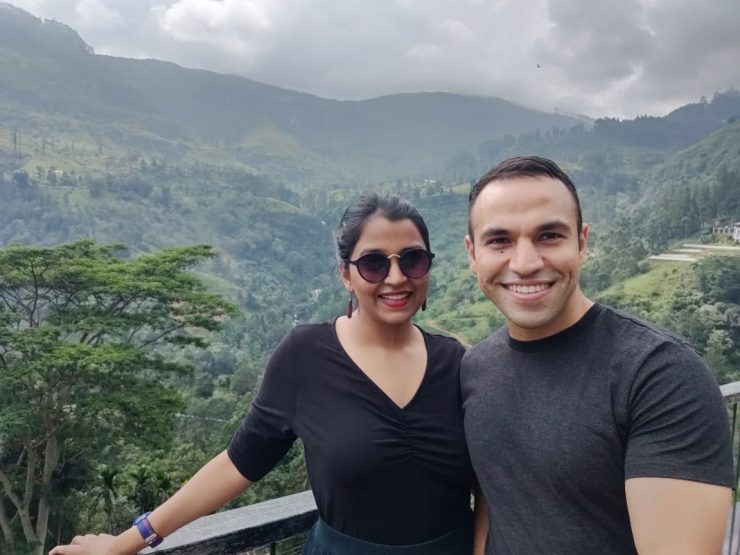 My husband and I lead a very busy life. We work for almost 7 days and a day in a week. We badly wanted to take a break from this monotonous life. So we were looking for international trips online. Suddenly, I got a call from Team Pickyourtrail. Initially, we had plans to visit the Netherlands with majorly Amsterdam. Upon talking with one of their travel consultants, we got to know about our interest in multicultural diversity, ethnicity and sightseeing. So I picked Sri Lanka at the end to travel with my husband.

Our travel expert from Team Pickyourtrail shared with us an itinerary according to our likes and interests. We asked him to make certain changes in our plan which was made and finalized right away. This customization part is probably one of the best things every travel company should have.

Our first stop in Srilanka was Kandy, the second-largest city in the country. Lying amidst the hills, the city was so breathtakingly beautiful. With luxuriant prairie, picturesque lake, long rivers and misty mountains, Kandy successfully mesmerized us unsurprisingly. The city was heavily jewelled with a rich and colourful history as we witnessed numerous shrines, temples, frescoes, ancient paintings and stone carvings at every nook and corner.

We visited the Pinnawala orphanage, cultural show and the temple of the tooth on our way to Kandy. The Pinnawala Elephant Orphanage was a unique place where volunteers took care of abandoned and injured elephants within the park. We watched them feed, bathe and help those gentle giants. The little ones bathing and playing around in water simply stole our hearts. Then we visited the sacred place of Temple of Tooth which is considered as one of the world heritage sites. The real evidence of the richness was affirmed by our visit to the Gem Museum.

Our Next stop was to Nuwara Eliya, the city of lights. Blessed with salubrious climate, stunning views of valleys, meadows, mountains and greenery, the place was simply outstanding. The town of Nuwara Eliya had spring weather and was surrounded by hills and tea plantations. Nuwara Eliya had a typical look of an English Village. Also known as “Little England”, this place was the favourite hill station of the British who tried to transform Nuwara Eliya into an English village. We visited the old brick post office, 18 golf course, horse racecourse found in the country house like hill club and all these reminded us of England.

Our full city tour to Nuwara Eliya included a working tea factory where the slow-growing tea bushes of this highland region produce some of the world’s finest Orange Pekoe tea. The next stops were the famous Seetha Eliya temple and Haggala Gardens where it was filled with languid low-country lotus and water lily floating in their serene loveliness soothing our souls.

Yala National Park, the most visited and second largest national park in Sri Lanka was our next stop. Situated in the southeast region of the country, Yala works on the conservation of Sri Lankan elephants, leopards and aquatic birds. Jeep safari in Yala National Park was one awesome experience. It was a great opportunity to witness the wildlife of the country.

Bentota, the city of the Golden Beaches surprised us with its shimmering sea and soft sand. The place offered us a perfect turf for unfurled vacation at the beach. While enjoying the sun, sea and sand, we enrolled us in various watersports. During our Bentota Full Sightseeing tour, we visited the Madhu river, and Turtle Hatchery.

We enjoyed a boat ride along with the brimming beauty, Madhu river. The scenic tour was so interesting and relaxing as we passed through many islets forested with mangroves. The natural rhythms were so refreshing and peaceful. Our visit to the turtle hatchery was the first time we experienced a turtle nesting site. We witnessed the huge tanks filled with newborn turtle hatchlings moving here and there. After being fed, the baby turtles were taken to the sea and were released when they turn 2-4 days old.

Our next leg was to the largest city of Sri Lanka. Colombo, the commercial capital of Sri Lanka was a typically busy, bustling and vibrant with a mixture of modern life, colonial buildings and ruins. The wildly varying architecture depicted various styles and cultures. Many colonial buildings that were influenced by the Portuguese, Dutch and British were so peculiar and iconic. An intricate touch of Buddhist, Hindu, and Islamic architecture added beauty to those buildings.

Colombo surprised us with its numerous shopping malls and department stores that offered branded clothes and goods at highly discounted prices. I would easily give a tag to Colombo as the shopping hotspot of Sri Lanka. Our next stop was to the most famous Viharamaha Devi park, a public park in the heart of Colombo. The oldest and largest park of the Port of Colombo Independence square was simply nature’s retreat in front of our eyes. The peace and serenity that the fountains, lush green garden and the Buddha statue offered were something out of the world.

The park was surrounded by various buildings such as the National Museum, Jawatta Lunatic Asylum, the former western Provincial Council Building and many shopping complexes. We went on an exciting shopping spree at the ODEL BMICH.

We ended our day by paying a visit to the Bandaranaike Memorial International Conference Hall and Gangaramaya Temple. This temple labelled as one of the important temples in Colombo was an architectural marvel. The fascinating beauty still remains fresh in my heart.

Sri Lanka, being a mix of modern architecture and cultural essence was indeed an eye-opening destination for me and my husband to spend quality time. The support team of Pickyourtrail created a group in the telegram app that helped us in communicating directly with them. We received our day to day updates and instructions in the group well in advance. The overall experience was too good that we are waiting for our next trip with Pickyourtrail already! Cheers to the entire team for making our vacation a memorable one.

Check out the amazing tour packages available with Pickyourtrail to start your own journey to Sri Lanka.

10 Srilankan street foods that are an absolute delight

Things to Do in Colombo with Kids: Vacationing With Family In Sri Lanka

Fun things to do in Srilanka with kids

Revisit The Ramayana By Taking The Tour In Sri Lanka

Trekking in Kandy – Time for some adventure with nature.

Srilanka Tour on Budget – A friends trip which is Pocket Friendly

Get wet in Srilanka’s North Eastern Monsoon in November