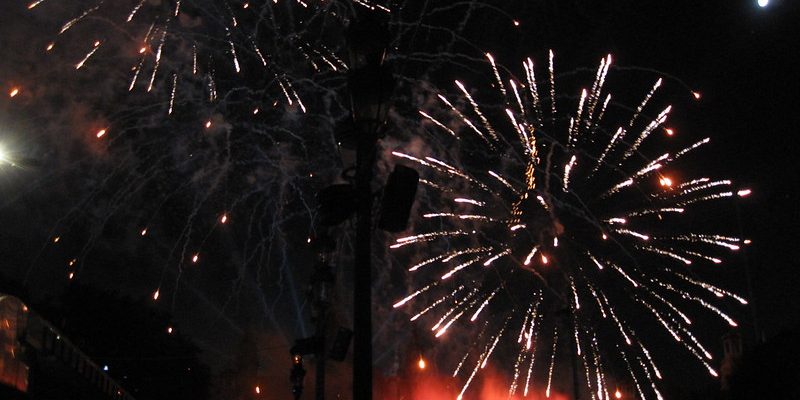 From fireworks blasting across the countryside to breathtaking street parties and all-night raves on blissed-out beaches, there are amazing ways to ring into a New year. So if you are excited max to have the greatest night of your life, you could make it really memorable by hitting up one of the best New Year’s Eve parties in the world. So go on a holiday and start the year at its best.

So here is the top Best New Year’s Eve Holiday Destination Around The World that can assure you one of the best nights of your life and a great way to welcome and step into the New year with a lot more spirit and countdown to the best year ahead.

Reykjavik, Iceland’s capital is best known for its amazing and amusing midnight fireworks. When the clock strikes 12, the sky explodes with hundreds of mini firework displays, lighting up the entire city. It’s a spectacular sight, fire engines and ships docked in the harbour all ring their bells and blow their horns to welcome the New Year. A large crowd gathers up long before the countdown, at Hallgrímskirkja Church to launch fireworks and watch the display at midnight. Get ready to Party in Reykjavik!

New York City has free fireworks and live-music at Prospect Park or for something edgier, like an all-night rager come to Burning Man’s Bubbles & Bass camp at 5 AM and takes over with a champagne morning-after party. Want to go the full hipster? Then head to Williamsburg warehouse, where the city is a space-themed rave with trippy installations.

Edinburgh, Scottish capital’s three-day Hogmanay extravaganza kicks off on 30 December, with a Viking-style torchlight procession along the Royal Mile. The big night itself includes a Concert in the Gardens and fireworks over Edinburgh Castle, which offers the best view of the countdown fireworks in the city. Celebrations continue on New Year’s Day with live music and the traditional fancy-dress dip in the freezing Firth of Forth (known as ‘the Loony Dook’).

Sydney Harbour’s firework extravaganza is watched by more than a million people, but a better idea is to hire out a boat and start the countdown. You can also reserve an outside table at one of the waterfront restaurants by Sydney Harbour Bridge for an amazing night ahead.

Beirut’s legendary party scene makes for a memorable outing any night of the year. The city’s nightlife scene has more than its bling-bling clubs, with merrymakers, live bands, DJs, and fireworks and a spectacular light show makes it one of the best places to start your year at things won’t wind down until after dawn.

When the clock strikes 12, the crowd gathers at Town Hall Square for an amazing night with popping champagne corks, whooshing rockets, and fizzing Roman candles. Twinkly Tivoli Gardens lights up the sky with its own Firework Festival; its restaurants all serving New Year’s dinners, and the roller coasters are open.

Barcelona is a city of night owls, the crowd gathers at Plaça d’Espanya to watch the midnight pyrotechnics on Montjuïc, the hill just above. A few yards from here, Poble Espanyol, the open-air architectural museum, hosts a huge dance party until 6 am. One of the stranger traditions – other than eating a grape for each chime at midnight,  As soon as the New Year has been rung in, the assembled thousands throw their Cava bottles into the middle of the square.

Oh now that you might be interested to plan a vacation, kick-start your bookings to have an amazing countdown to your New Year with Pickyourtrail.

Best Things to Do in North Iceland – Unexplored Gems

Best Things to do in South Iceland – A Dream Destination

New Year in Jaipur – A night to remember!

Top 12 things to do at New South Wales, Australia

Spain Vacation in October? Here are some details from expert

Top 5 things to do in Toledo

Best things to do in Girona during your Spain Vacation

Most Popular Things To Do in The Blue Mountains

Barcelona in Winter: A must-visit