Penang Hill in Malaysia – A Visit to make the most refreshing memory! 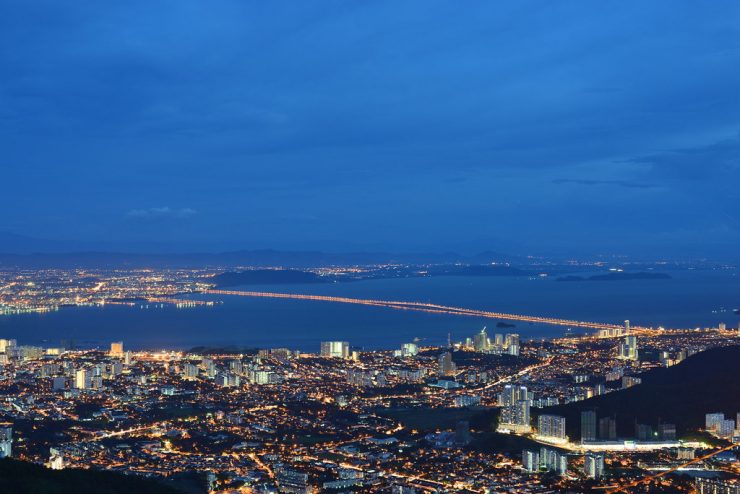 A lush and forested area of Penang Hill on Penang Island in Malaysia is nestled about 6km away from George Town and is their most prominent hill resort in Peninsular Malaysia. It is commonly known as Bukit Bendera in Malay, which is a group of 10 peaks situated in the Air Itam area on Penang Island.

Penang Hill is known as the first colonial hill station in South East Asia developed in Peninsular Malaysia. The mountain served as a lookout point to oversee the port and other incoming vessels to Penang Island in the 18th century.  It comprises Bukit Laksamana, Flagstaff Hill, Western Hill, Government Hill and Tiger Hill. This hilly forested area is the primary hill resort of the state,

Set about 821 above Penang’s capital, Penang hill is often about five degrees cooler than Georgetown. Unfortunately, the last patch of tropical rainforest in Penang is the Penang Hill, so the flora and fauna here are carefully protected since the 1960s. Though it is not famously known like other prominent tourist attractions namely Fraser’s Hill, Genting Highlands or Cameron Highlands, Penang hill is one of the best-known tourist destinations because of its fresher than ever climate.

The traveller in you would appreciate the Penang Hill undoubtedly. So head towards this breathtaking hilltop which is also the most sought-after attractions in Penang. Delve into its fresh flora and fauna environment and rejuvenate yourselves.

This history of Penang hill dates back to the era post-British settlement. Penang Hill was originally commissioned by Francis Light as an area to be cleared out to start growing strawberries.  But this forest area was quite difficult to be carved out and soon it became a favourite expatriate refuge right before the invention of air conditioning. The oldest bungalow of Penang Hill, Bel Retiro, continues to be the holiday residence of the Penang Governor.

In today’s word, the ridge on the top of Penang Hill is famously known as Strawberry Hill.

Views from the Penang Hill

We share our the famous and breathtaking views of Penang Hill as enjoyed by our travellers. The top of Penang Hill on a clear day can be the best spot to see the mountains of Langkawi and north Kedah. The night time sight is rewarding with the views of lit-up Georgetown. People often climb up the hill to enjoy the unpolluted and fresh air, to walk under the tall 30m-high trees along with the nature trails. A visit to Penang Hill is filled with views of more than 100 species of birds, ranging from common garden species to exotic inhabitants found only in the deep forests. You might as well call this a hillside home.

The canopy walk is just about two kilometres away from the Bellevue Hotel. Canopy walk in the Penang Hill is a 220m walkway which is suspended between tall 30m-high trees towering over the dense forest. Canopy walk offers great views of the Penang Hill. Though it was opened in 2003, it didn’t attract sufficient visitors. Hence it has been opened and closed on and off without official announcements.

The best way to reach Penang Hill is through taxi. Hiring a taxi from Batu Ferringhi or George Town would cost normally RM 20 – RM 30. On reaching the spot, visitors have two choices to reach their peak.

On foot: Alternatively, you can choose to navigate your way on foot to reach the Penang hilltop. Hiking to the hilltop takes about 2 to 3 hours normally.

So whats next? Make your trip to Malaysia most memorable with a trip to Penang Hill. The entry is free and all you need to do is to make memories! Get chatting with Pickyourtrail to explore more about Penang Hill to craft the most interesting itinerary ever!

Underwater World in Langkawi – Discover Malaysia Like Never Before

The 5 Best Malls in Penang, Malaysia