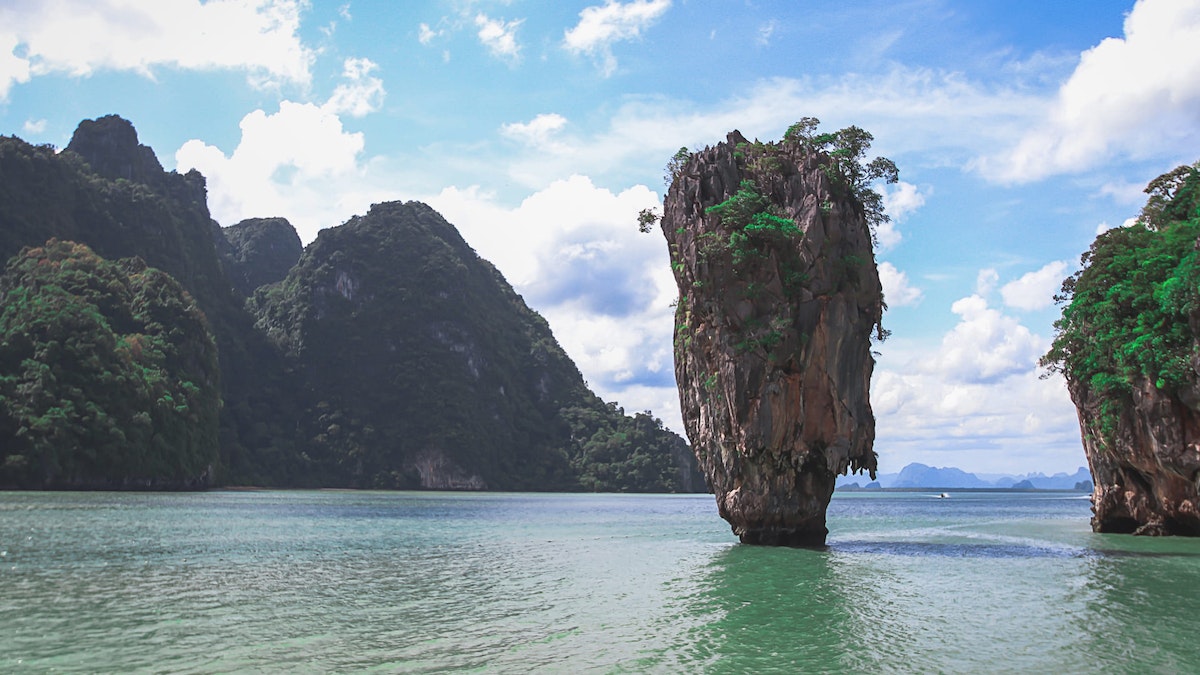 Bangkok is one of the most famous destinations in the travel circles. It's a land of exciting attractions, lively crowds, and rich culture. One can hop from temple to historical sites, and much more within a span of a single day. But don’t think for a single second that this is all there is to Bangkok. If you are looking for more modern touches then you won’t be disappointed with modern malls and glitzy shops which will give you a distinct high-end ambiance. If you are looking for Bangkok tour packages from Chennai, then look no further than Pickyourtrail. With a variety of customisable packages on offer, one can choose a suitable Bangkok package from Chennai according to their needs.

Places to Visit in Bangkok

Bangkok is a city that serves as a gateway to many other parts of Thailand. One can hop to glamorous towns like Chiang Mai, Koh Samui, and Phuket in a bit. A much more engaging experience can be had aboard a bus or a train. From Ayutthaya to Lopburi, there is a lot to explore in this culturally rich gem of a country. Here are some of the best places worth visiting while on your Bangkok tour package from Chennai:

Grand Palace - The Grand Palace is one attraction that you must include on your trip if you are on a time crunch. We say so because the royal compound lives up to its name and then some. It is home to spectacular structures that could rival even the most decadent modern monarchs and put them to shame while at it. Tourists can also visit Wat Phra Kaeo on their visit here. The palace was constructed in the year of 1782. It functioned as the royal residence for many years. In the modern-day age, however, it serves as the venue for several important ceremonies. It is recommended you pay attention to your attire while visiting this royal complex as you will be forbidden from entering otherwise. The Grand Palace makes for a great addition to your Bangkok packages from Chennai.

Wat Pho - A great upside to visiting Wat Pho is that it is located right next to the Grand Palace ( due south ). It makes for an excellent addition to your Bangkok holiday package from Chennai, however, there definitely will be some walking required to do so. It is considered a place of healing and was constructed by Prince Rama I. It is the oldest temple in all of Bangkok. If you are up for a bit of pampering then we recommend that you try the foot massage here, but beware of the higher prices for this service when compared to other places. In modern times, Wat Pho is most famous for the Temple of Reclining Buddha. This attraction is 45 metres in length and 15 metres high. This statue has a variety of precious stones inlaid into the structure, this makes it particularly striking and beautiful.

Wat Arun - This temple has a rich history. This complex dates back to the times of battle between the former states of Siam and Burma. Ayutthaya was reduced to ashes, but the army general vowed to march "until the sun rose again" and build a temple on these lands. This temple would go on to be Wat Arun. This temple is also known as - "the Temple of Dawn". It also functions as the royal palace and a private chapel of the new royalty. The highlight of this attraction is the memorable view to be seen as the sun sets over the Chao Praya River. The Wat Arun is a great addition to your Bangkok travel packages from Chennai.

Temple of the Golden Buddha - This attraction screams luck ( or lack thereof ). It has an interesting story behind it. The lands upon which this marvel is built were purchased by the East Asiatic Company during the 1950s. One condition of this sale was the removal of the plaster statue of Budhha located here. However, incessant showers revealed a 3.5 metres high, gold-cast Buddha statue on the next day after the outer layers had washed off. It is said that this structure has its origins in the Sukhotai period. The outer layers are explained as a measure of protection from invaders who marauded these lands of its treasures. A visit to the temple of Golden Buddha is a no brainer on your Bangkok trip package from Chennai.

Wat Suthat - Wat Suthat is said to be one of the oldest and most beautiful Buddhist temples of Bangkok. This alone warrants it for a spot on your Bangkok honeymoon package from Chennai. Three kings are said to be behind the construction of the marvel. Its construction was started shortly after the coronation of Rama I. It was continued by Rama II and completed 10 years later on by Rama III. The biggest attraction at this temple, other than its architecture, is its wall paintings. An upside of this temple is that it is less known among the travel community and henceforth offers a much more peaceful experience when visiting.

Bangkok, a thriving city with historic monuments, fascinating culture and hospitable environment is the best place to enhance a wonderful vacation experience. Bangkok is an ideal choice for any traveller who wants to have fun and enjoyable holiday time. The city is modern while still preserving its unique culture and tradition. Royal spas, magnificent ancient temples, vibrant street markets, and exotic nightlife are some of the things that make Bangkok an amazing place to visit on a holiday trip. Are you looking for the place to enjoy a splendid time with your friends and family? Visit Bangkok on Bangkok tour packages from Chennai and enjoy a great vacation. Explore the available Bangkok packages from Chennai on our website and take advantage of the exclusive packages.