19 reasons why you should pack your bags to Iceland right now!

Iceland has always been a surreal dream destination for many travelers. Right from the busy life on the western coast at Reykjavík to the small quaint town of Reyðarfjörður on the east, the island which is hardly the size of any of the southern most states of India has become one of the most visited countries in Nordic Europe. Check out these top attractions and activities that can be done on this magical island! We bet will make you want to return for round II. 😀

Book now for the adventures of a lifetime!

Meet the fjords, indulge in surreal stargazing, walk the glaciers and more in Iceland

Situated at the northern edge of the southern lowlands, this area was called Hverasandar. One of the main attractions in the Golden Circle region, this fountain of boiling water hurls up to almost 70m into the air.

This small lava cave near lake Mývatn, is well known for its thermal spring inside. If you are a Game of Thrones fan, this cave will be familiar, where the “Kissed by Fire” scene was shot.

According to a famous Saga, this scenic Icelandic lava flow is named for a pair of Berserkers who were murdered here. Four prominent craters erupted at short intervals approximately 3500 years ago.

Located on the Snæfellsness peninsula, this is the 1st national park in the island and is considered by many, to be the jewel of Western Iceland. Standing at the foot of a glacier, the active volcano was the main backdrop that was used in Jules Verne’s – Journey to the Center of the Earth.

Translated to as “Canyon Dweller”, this small section of the massive Seljalandsfoss waterfalls are partially obscured by the cliff rock and is a commonly visited spot by hikers. There is also a winding trail nearby and a wooden staircase to enable sightseers to climb roughly halfway up and view the falls from another perspective.

This dormant volcano is a truly unique natural phenomenon. As you can see, the basket holding around 5-6 people is one of the most innovative ways of blowing visitor’s minds away. Do you have the guts to descend 400 feet to the bottom of the volcano’s magma chamber?

This large glacial lake in southeast Iceland is a common backdrop in Hollywood movies like ‘Die Another Day’. The tongue of the Breiðamerkurjökull glacier is a major attraction for tourists.

Quite a pleasing sight, eh? Now, you can catch some of these for F-R-E-E – that’s right!

Dropping into the the canyon of the Hvítá river, this glacial waterfall basin is carved off the earth. This canyon was created at the end of the Ice Age by catastrophic flood waves. To stand at Gullfoss and wallow in the beauty and the wonder of nature is an uplifting experience.

Oh, do we need a reason to be convinced to marvel at these gentle giants flap their fins and jump above the water gracefully out of nowhere? You can live the life of Moby Dick at the Atlantic and in the Gulf of Akureyri.

One of the best known waterfalls in Iceland, it drops 200 ft over the cliffs of the former coastline. It is awesome walking behind Seljalandsfoss, especially on a sunny day when one can catch a rainbow.

This southernmost village in Iceland holds the picturesque Black Sand Beach along the main ring road. Explore some mini caves amid these majestic basalt columns that will give you the perfect shutter moment to catch hold of.

This twisted wreckage from an old DC airplane crash into the Sólheimasandur area is a hauntingly beautiful landscape. Are you into Photography? The constant change of weather during the last few months of the year will have you clicking GB’s of pics into your camera.

The Skógafoss is one of the biggest waterfalls in the country with a width of 25 metres and a drop of 200 ft. Legend says that the first Viking settler in the area, buried a treasure in a cave behind the waterfall. Due to the amount of spray the waterfall consistently produces, a single or double rainbow is normally visible on sunny days.

The running water cuts through to form this 900-year-old glacier ice cave. New caves are found in the beginning of the autumn. Unlike the other glacial lagoons around the island, the Vatnajokull is best viewed and explored during the winter season only.

This waterfall is one of the most popular sights in the Vatnajökull National Park. The basalt columns have provided inspiration for architects, most visibly in the Hallgrímskirkja church in Reykjavík, and also the National Theatre. Located 1.5km from the information center in the park, this is a sight that is totally worth the hike.

Warming up people amid a breath taking landscape, this natural geothermal spa is an oasis of relaxation. Drop your bags outside and let the water work its magic on you.

Situated on the northern shore of lake Þingvallavatn, this park is the national shrine of Iceland. It is known for the oldest existing parliament in the world first assembled there in 930 AD. For this reason, the Thingvellir has been designated as a UNESCO World Heritage Site.

If you are tall enough and able to get to a certain depth, at one point you will be able to touch both North America and Europe at the same time on stretching wide. Immerse yourself in a unique underwater world with unmatched water clarity and swim between two of the biggest continental plates on the planet.

Marvellous photo op, isn’t it? Our traveller Sindhuu would agree!

This tephra cone on the tuff ring volcano in northern Iceland is easily spotted around Lake Myvatn and one of the largest of its kind in the world. It is not perfectly round (probably because of a landslide in the south part during the eruption) but it is still a sight to settle into. 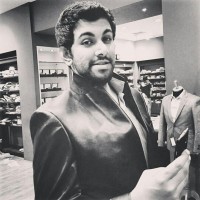 Iceland in August: Detailed Guide for a Great Trip!

Iceland in May – A Perfect Time to Visit Iceland!

Iceland in April – A Complete Guide to a Magical Vacation!

Iceland in March – Weather, Places to Visit, What to Pack, and More!

Iceland in February – A Complete Guide for a Perfect Vacay!

10 Unique Things to Do in Iceland – Every Traveller’s Wish!

10 Things to Do with Kids in Iceland – Other Worldly Experience!