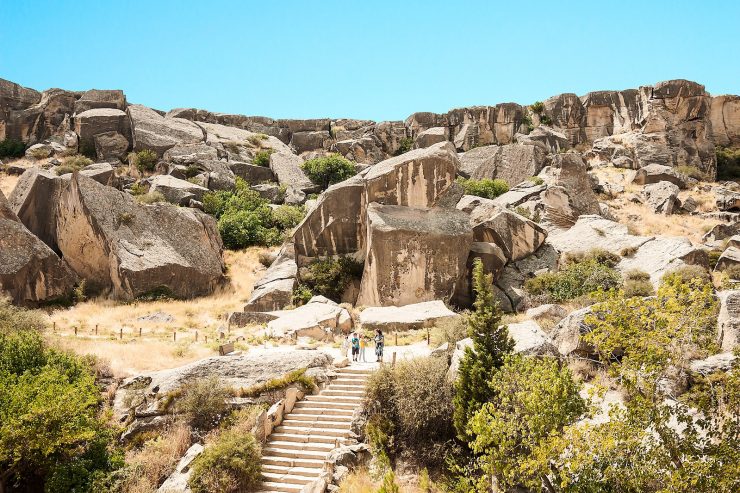 The entire region of Azerbaijan is filled with acres and acres of national parks that are home to some of the most unique wildlife species out there. These parks offer some of the most diverse landscapes, with distinguished vegetation, lush greenery and varied soiled lands as well.

If you’re a wildlife enthusiast in particular and would love to catch a glimpse of some of the endangered as well, rare wildlife in their natural habitat, Azerbaijan could be just where you should be headed towards. Regardless of whether you’re travelling with family, friends or even if you’re a couple heading on to your honeymoon; the place most definitely has something in it for everyone.

Tourists can experience the varied national parks, as they make their way through a number of trails, hoping to catch a glimpse of some great wildlife along the way. If you’re into nature and would love to know the history behind some of these, you could even offer to hike the park alongside a guide.

Exploring alongside an experienced guide doesn’t just help you understand the dynamics behind the functioning of the park but, also gives you a clearer understanding behind the nuances that contribute to its very existence. So if you’re looking for tranquillity, peace, calm or maybe just to be transcended into a whole new world of your own, this could be one of the most ideal ways for you.

The entire experience will undoubtedly be something you’ll cherish for a long time to come, with loads of memories and fresh picturesque thoughts to guide you through. If you’re on a quest to find some of the most diverse and unimaginable landscapes there is in the region, the ‘Land of Fire,’ provides you just that.

What’s best about the region, remains the importance that is laid upon the protection of the environment and its belongings. So whether you’re talking about the plant species or wildlife, both of the two is of utmost priority to the authorities in the region.

To make things a tad bit easier for you, we’ve listed out some of the most beautiful National parks in Azerbaijan. These parks are home to some amazing migratory birds, wildlife and even a great variety of underwater marine life. A visit to any of these parks could just be what you’re missing out on.

Most Beautiful National Parks in Azerbaijan

The ‘Gobustan National Park,’ can be easily regarded as one of the most visited parks amongst tourists, in the whole of Azerbaijan. The park in itself is located about 60 kilometres away from the southwestern region of the capital city of Baku. The site has been widely acclaimed as it has been listed on the ‘UNESCO,’ sites owing to its mud volcanoes with petroglyphs and a number of musical rocks as well.

Dating all the way back to about  40,000 years are some of the intricate rock carvings that are found decorating the wall, with its wide array of animal and human-like figures all through it. Some of the most intriguing and unique figures amongst them all remain the depiction of dolphins and whales – which are found in the midst of about 6,000 odd carvings. It is believed that these marine creatures are also found in the Caspian Sea.

Stretching across 783 hectares of land, the ‘Absheron Peninsula,’ is a protected area that is most often looked over by tourists during their visit to Azerbaijan. The main factor behind the reduced number of tourists being the underwhelming reviews that have been posted about the place, in combination with the lack of information that has been doing the rounds.

The park itself has a resemblance that is similar to that of ‘semi-desert terrain,’ with a large variety of flora, fauna and of course dunes, as well. For those tourists that are lucky, you may be fortunate enough to spot some of the other wildlife species that grace the grounds – tortoises, foxes and jackals, being just some of them. If you’re someone who loves your plants, the ‘Absheron Peninsula,’ houses over 25 species of non-native and endemic plants.

Travellers looking for a day trip of sorts can head towards the ‘Shirvan National Park,’ that’s just about a day’s journey from Baku. The National park features the ‘semi-desert terrain,’ that has great similarity to that of the ‘Absheron Peninsula.’ There are a number of wildlife species, sand dunes and gazelle that graces the land in this region.  The ‘Shirvan National Park,’ was established in the year 2003 and has been a great attempt to safeguard some of the endemic flora and wildlife located here.

The ‘Ghizil-Agaj State Reserve,’ has been regarded as a nature reserve that is much similar to the ‘Ghizil-Agaj Bay,’ located towards the northern part of Lankaran. The reserve itself is said to stretch across 70kilometres of land, right from the Caspian Sea,  encircling the Ghizil-Agaj Bay.

If you’re a bird lover, this region is filled with a large number of migratory birds that make their way up here every year. The haven is home to birds travelling all the way from Siberia and Northern Europe, that fly to the ‘ Ghizil-Agaj State Reserve,’ during the winters.

The ‘Agh Gol National Park,’ is situated in the southern region of Azerbaijan and lies towards the borders of Iran. The arid landscape of the park amidst the Kur-Araz lowlands has remained one of the major attractions for smaller tourists over the years. The jade-coloured oasis is a rather significant part of these lowlands and has been a prominent part of this region from time immemorial.

Can’t wait to explore some of the most beautiful National parks in Azerbaijan? Head over to Pickyourtrail and customise your Azerbaijan holiday package today. Our destination experts will help chart out an itinerary in accordance to your likes and preferences. What’s holding you back? Make way for an amazing Azerbaijan vacation! Book your dream vacation today by just leaving a Whatsapp query

Things To Do In Lucca When You Visit Italy With Your Loved Ones!