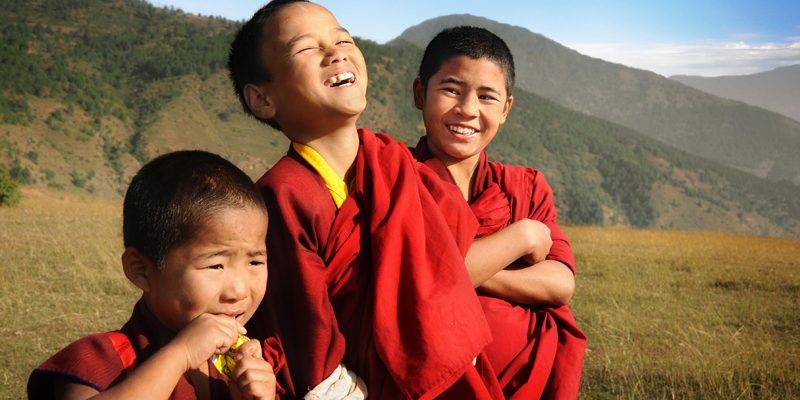 Mind-bending sceneries, epic mountain air, and serene spiritual establishments aren’t the only reasons why Bhutan is one of the happiest places to be on earth. For them, happiness is not a pursuit but a way of life itself, and here’s what they do differently to achieve that.

Bhutan never grew past its minimalist way of living. Yes, even if deprived of their materialistic belongings their routine revolves around, they’ll move on like it meant nothing all these days. Less stuff means less wants. Less wants means less consumerism. Less consumerism means not being rubbed on our faces by expensive brands selling goods we never really needed. Nowhere in Bhutan will you see advertisement flyers or massive billboards dictating how to look, what to wear and what to eat.

Well, Bhutan hasn’t completely eluded globalization either. Globalization has been creeping into the unabashed quaint lifestyle of the Bhutanese over the past few years, but only on the conscious levels nevertheless. They never let their markets be lured by mindless consumerism—the point was not to showcase their lifestyle but to facilitate it.

And what about their beautiful, beautiful country they live in? Do you know how they achieved it? Bhutanese are fiercely protective of their environment. As said earlier technology or consumerism in no way meddles with their environment but coexists. Imagine living in a place surrounded by Himalayan foothills, dramatic valleys and gushing winds sweetened by the ethereal sound of chimes from monasteries perched atop hanging cliffs. Now that’s a dream vacation for any of us.

And the Bhutanese live there. Live there as if life is a big vacation. They obviously didn’t build anything up, nor did they ruin anything. In Bhutan, half of the land is considered and protected as a national park, and it includes the wildlife and the wilderness.

A walk in nature gives far more than one seeks, and Bhutan is an ode to seeking less in order to receive more.

Remote Working in India — A Reflective Study by Hari Ganapathy, Co-founder of Pickyourtrail

Tea cultures from around the world for a twist to your tea!

Did you know this about your favourite travel destinations? E.g. The French can’t live without bread

Sydney music, koala cuddles and reef dive — experience it all right from where you are

Simple ways you can make a difference in the coronavirus era

Positive stories from around the world, because nothing else really matters

This travel photographer gets her nature fix by bringing them home

Amazing places around the world you can… colour now!

Bring Paris to your home through this virtual day tour

Gordon Ramsay’s Uncharted series is about food, travel, exotic locations and then some — Stream it here

What The New Aviation Advisory Really Means For COVID-Related Cancellations