Top things to do in San Antonio: Best of River City 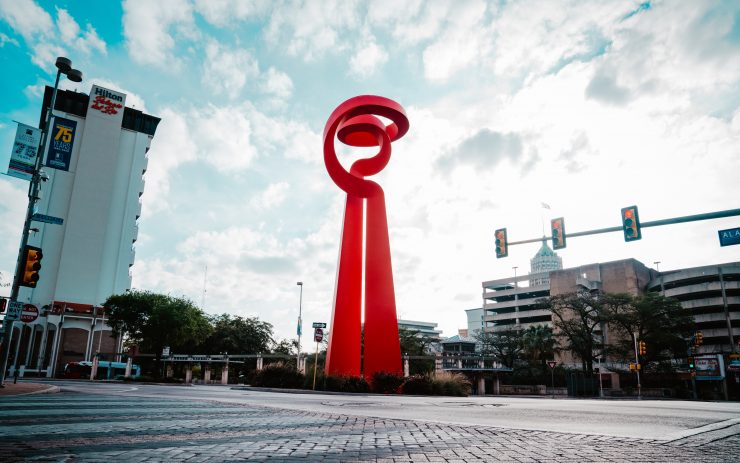 San Antonio was initially a Spanish mission found in the 1700s, but currently, it is one of the biggest and most exciting cities in the United States. Located in South-Central Texas, this city has an extensive colonial legacy. The San Antonio area was part of the Spanish Empire and later on the Mexican Republic. Like many cities in Texas, it has strong Spanish and Mexican roots. Also known as the River City, it has always been an enticing destination for travellers. Being Texas’ second-most populous city, San Antonio has top attractions and activities for all. It is the second-largest city in Texas with a population of approximately 1.5 million, and one of the fastest-growing cities in the country. Due to its rich history and vibrant culture, San Antonio loaded with interesting things to do and places to see.

Top Things to do in San Antonio

River Walk is the most popular attraction in San Antonio. This pathway along the San Antonio River is a nice way to enjoy a bit of greenery right in the centre of the city. The River is the essence of the city, because of that the river walk is quite simply a walk to remember. The path is below street level, and full of trees, bridges, and chirping birds alongside the peaceful river. Most people come to take a stroll along the river, one can also have a nice meal by the river. There are countless restaurants here and it is refreshing to enjoy a meal sitting under the tree on the river bank. There are river cruises and dinner cruises as well, where it is possible to adore the sights from both sides of the river and just relax with a drink.

The McNay Art Museum is one of the most riches contemporary art museum in the country. Set in a Spanish Colonial Revival-style mansion, the McNay museum is truly a thing beauty. With more than 25,000 objects which consist of some of the best contemporary artwork and sculptures. The Museum mainly has 19th and 20th-century works, it also boasts numerous works from the Medieval and Renaissance period as well. The Museum is named after Marion Koogler McNay who was an artist and avid art collector as well. McNay was the one who built the mansion and started the collection.

This is one of the most important and most visited historical sites in the US. Initially, it was built as part of a mission station in the early 1700s, this building and its surrounding area were etched into American history in the 1800s. This is where the Battle of Alamo took part, as a small group of Texans led by Davy Crockett and James Bowie fought against an army of Mexican soldiers. The Texans held themselves for 13 days before getting killed by the Mexicans. Alamo is the location of national pride and symbol of the American essence, courage and sacrifice for the cause of liberty. The monument is now a UNESCO World Heritage Site, and the most visited attraction in San Antonio.

This is one of the largest caverns in the United States. There is a 60-foot limestone slab bridge at the entrance to the caves. A true natural wonder and one of the busiest in terms of the number of people visiting. Combine this together with fun activities such as panning for gems, treasures and fossils like the miners do, its a fun place to go especially with kids. Also, explore the caves down under with the multiple tours available.

The San Antonio Museum of Art (SAMA) is one of the most impressive and complex art collections. With exhibits from 5000 years back, SAMA is truly an exceptional attraction in San Antonio. Its collection includes Greek, Roman, Egyptian, as well as Chinese ceramics and other Asian Arts. In addition to this, it also houses ancient Mediterranian and contemporary Oceanic Art as well. This is easily a must-see attraction in San Antonio and thoroughly enjoyable for people of all ages. The museum is located on the River Walk is easy to access and charges USD 20 per adult as entrance fees.

Pearl District is a trendy and popular neighbourhood in San Antonio. Full of classy restored buildings, cool shopping locations, and excellent restaurant options, Pearl district is one busy place. This place is truly a mixture of different cultures and lifestyles, not to mention a happening lifestyle too. Weekends the fun doubles as this turn into an eventful farmers market. Local vendors gather here and start selling fresh produce, sauces and baked goods. Pearl has all type of dining options in all cuisines, from high-end fine dining restaurants to tasty street food. The food, ambience and shopping definitely make Pearl district worthy of its name.

Looking for a kids day out in San Antonio?? look no further than the Zoo. It is open 365 days with almost 10,000 animals from over 800 species. As one of the most popular and famous zoos in the country, the San Antonio Zoo has plenty of things to keep children occupied. Hop on the miniature train known as Zoo Eagle, which goes around the 56-acre zoo along the San Antonio River with stops at Kiddie Park and Japanese Tea Garden.

The Six Flags Fiesta is one of the most popular theme parks in the United States. This park has fantastic rides and shows for all age, hence it has large crowds at almost all the time. From traditional roller coasters to the Goliath Roller and Thrilling Rattler etc are totally exhilarating. Similar thrill rides are fun for families with children. Also, the water park rides are equally fun for a summer day.

This UNESCO World Heritage Site is an urban park by the riverside. The Park has a unique shaped pavilion designed to collect rainwater and store in the underground tank. Additionally, the park has detailed landscaping overlooking the intersection of the San Pedro Bay and the San Diego River. A nice place to relax and take a stroll through the gardens.

There are five missions built in the 1700s by the Spanish in order to colonize the region. These are now a UNESCO World Heritage Site, the five missions are

These were the beginning stages of Spanish influence of San Antonio. And do not miss out Alamo, San Jose and Concepcion, which are the main ones. Also, there are hike trail and bike trail covering all the Missions. While these trails take an entire day, this is a fun way of exploring these historical sites.

These are some of the best things to do in San Antonio, the River City has so many attractions. The city’s cultural diversity and history has anyone spoilt for choice. Some of the other important attractions include

Also Read: Top 8 things to do in El Paso, Texas

Can’t get San Antonio out of your mind? Start planning your next vacation to the United States now. Read more US travel stories and be inspired. Head on over to the Pickyourtrail website and customize your vacation. Get your travel queries answered on the go by downloading the Pickyoutrail app. Also, ping us on Whatsapp and let our travel experts assist you.

Experience some of the best cities to visit in the USA

Attractions in Portland – Cycling In The City Of Roses

Top 9 things to do in New Orleans, Louisiana

9 Top Tourist Attractions in New Mexico which you must not miss!

Top 8 things to do in El Paso, Texas – Explore the Sun city

Attraction in Denver – Perfect Destination For A Perfect Vacation

Attractions In Fremont – The Place Where Filming Was Born!

Things to see in Chichen Itza: A must visit and must do