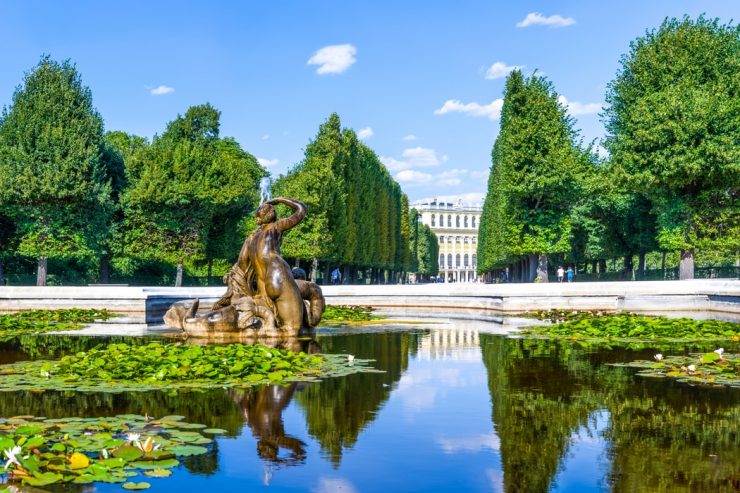 Can’t seem to get Pachelbel out of your head? Yes, the famous music that plays in the background while a bride walks to the wedding arch, did you know it’s composer Johann Strauss was born in a beautiful city Vienna, which also happens to be the capital of Austria. Vienna is known for its great composers, Mozart, Beethoven have all performed here. And classical music legends like Franz Schubert and Johann Strauss were born in this city. Apart from celebrating some of the greatest music ever written like the Turkish March by Mozart and Beethoven’s Symphony No. 7 in theatres, how else can we acknowledge the work done by these great men? Vienna has the answer – it’s musical parks. You read that right. Parks dedicated to these musicians. An evening here, relaxing with your partner and along with the light breeze, we’re sure you hear some music too.

Vienna has been a must-visit place for travellers seeking musical inspiration, beautiful sights, historical monuments, and cultural heritage. Great composers such as Beethoven and Mozart were amongst these. Whereas Franz Schubert and Johann Strauss were born in this beautiful city. As Austria is located in the centre of Europe, it can get really hot during the summers and that’s when Vienna’s parks come to the rescue. The Musical Parks located in the very centre of the City are one of the most visited tourist attractions in Vienna. These parks also attract couples as it’s a
very romantic place having the touch of both historical symphony alongside the scenic beauty of Roses. These parks provide us with soothing experience for both your senses and your mind. If you think you were born to live in nature and want to experience the same, Vienna is your next Stop. The whole city is filled with greenery and is also called as the Green City. These parks also comprise monuments of few world-famous musicians who’s music ruled over the world.

Most famous parks of Vienna

This park is based on the famous Musician Johann Strauss son the Viennese waltz king, with his monument being gold plated along with other musicians such as Franz Lehar, Franz Schubert, Robert Stolz, and Hans Makart. This park has numerous places for you to get that perfectly well-framed Insta picture. This beautiful park also makes you revisit history by exhibiting bronze made monuments of all the Vienna mayors, Anton Bruckner, and Andreas Zelinka. Stadtpark being one of the wealthiest parks for carvings and exemplars is also the first public park ever built in Vienna in the year 1862. This alluring park is usually very pleasant with breathtaking scenery and ponds, which makes it one of the most visited Parks in Vienna

Volksgarten famous for the beautiful monument of Sisi also has something for Mozart’s admirers, the statue of Burggarten. This place also offers flavorful coffee for coffee lovers. Once you are done exploring the beauty of Volksgarten and Burggartenyou have the option to settle down to a lovely meal in the local cafe, which features cuisines from all over Europe.

The other park located between the Parliament and The University is the City Hall Park, also known as the City Hall Square. Music and art events are largely conducted here throughout the year. The best time to visit this park is during the Music Film Festival hosted during the summers and Vienna ice Dream during the winter.

#Sunkissed. This place is the ideal location for this phrase, giving you the opportunity to have a sunbath in the glaring sun rays.

Don’t miss out to visit the City of music where music lies in the Air. Visit PickYourTrail to book your Vienna packages with us and have a memorable vacation!

A Customer Happiness executive at Pickyourtrail who believes to live with no excuses and travel without regrets! Travel people it's the best Therapy 🙂

Honeymoon In Vienna: Best Things To Do And Places To Stay

Water Sports In Vienna- Explore The City From The Waters

Visiting The Belvedere Palace in Vienna- A Handy Guide

The Beauty of Karlskirche in Vienna

Must-Visit places in Austria – The land of Many Cultures

Modern Art in Vienna – The Land Of Colours!

Paint your day with some Coastal colors! – A visit to the Vienna beaches

Top 3 Flea Markets in Vienna that you shouldn’t miss

24 hours in Vienna with the Vienna city card